In this post I will show you how to use the update registration tool in SCCM to import a hotfix. Hotfixes for SCCM contain either one individual fix or a bundle (a rollup of fixes). This is usually described in a Microsoft Knowledge Base article.

However there are some updates for Configuration Manager that are not available from the Microsoft cloud service. Microsoft calls these updates as out-of-band updates.

The latest version of SCCM is version 1906. But there are many customers who still are using SCCM 1902. We know each update version remains in support for 18 months from its general availability release date. In this post I will show you how to import the hotfix KB4516759 that was released for SCCM version 1902.

The update registration tool in SCCM helps you to manually import the update or hotfix to the Configuration Manager console. The out-of-band hotfix or update file that you download ends with Update.exe.

The hotfix KB4516759 applies to SCCM 1902 and is an out-of-band release. So you have to first download the hotfix. Then use the update registration tool to manually import the update to the SCCM console. The tool extracts the update package to site server and the update can be installed from SCCM console.

Listed below are the update registration tool prerequisites.

Recently Microsoft released a hotfix KB4516759 to the fix an issues where the co-management dashboard does not display correctly in SCCM version 1902.

This issue occurs in environments using 3rd party MDM coexistence with SCCM 1902 and KB4500571 installed. I will cover about this hotfix in a separate post.

On the Configuration Manager update registration tool click Next. 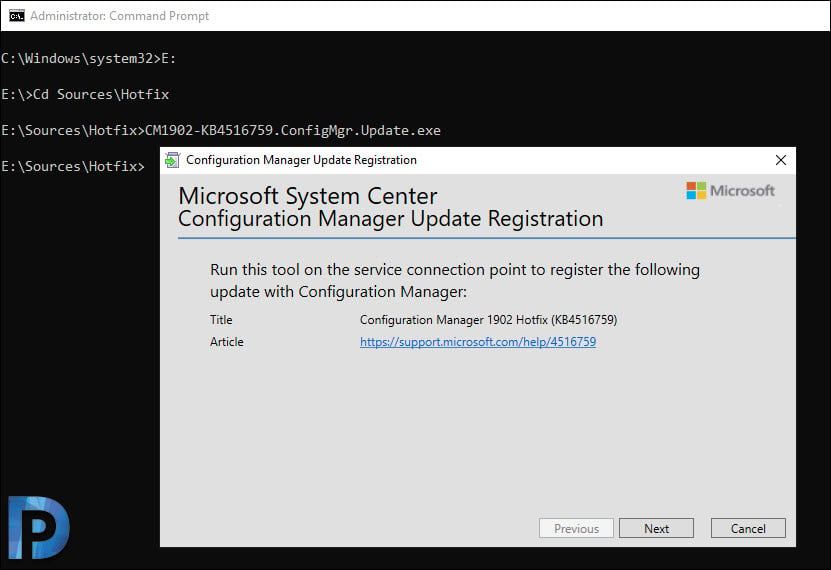 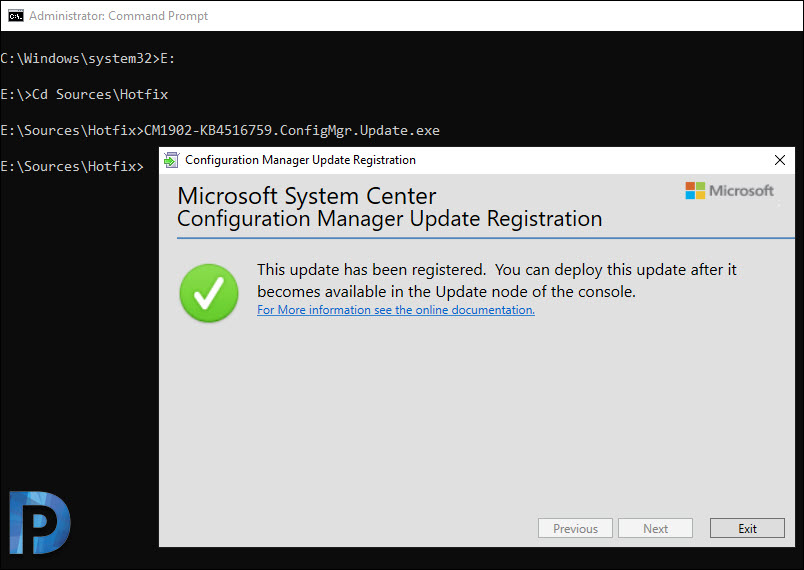 You can wait for 24 hours for the update to appear in the console. To see the update quickly open SCCM console, go Updates and Servicing node and run Check for Updates.

Open the dmpdownloader.log file on the site server. Notice that the .cab file is downloaded inside another folder “Offline” within EasySetupPayload. 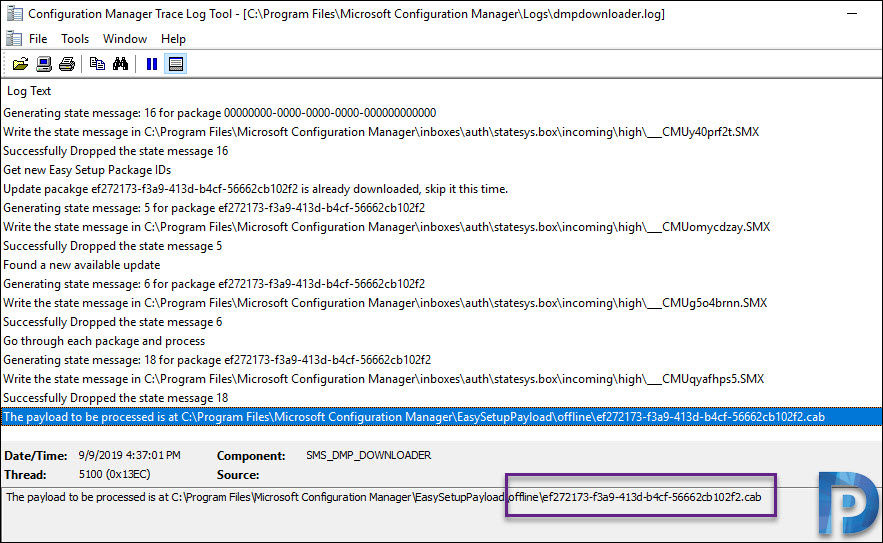 The SCCM hotfix KB4516759 is visible in the Configuration Manager console. You can download and install the update. 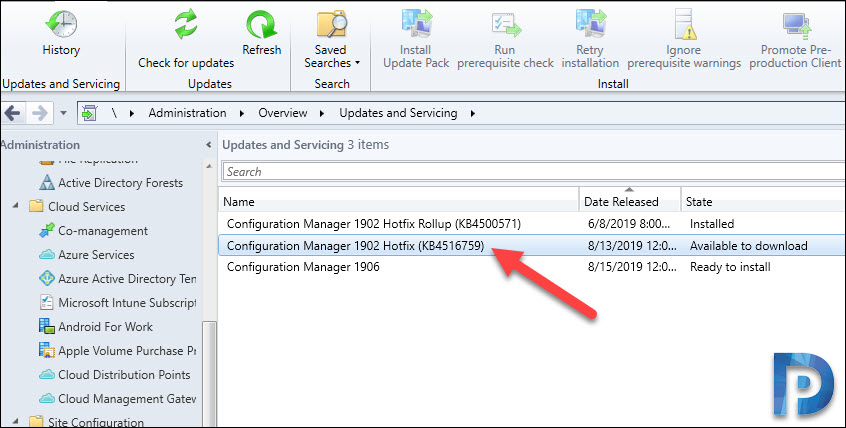