If you are currently running SCCM 1902 in your setup, you should see a new hotfix KB4500571 in Updates and Servicing node. This KB4500571 rollup applies to both customers who opted in SCCM 1902 via early update ring and customers who installed the globally available release.

Prior to this update, for SCCM 1902 fast ring customers, we had another hotfix KB4500232. This hotfix addressed an issue where the SCCM Management points do not reinstall in Configuration Manager. If you had skipped installing the hotfix KB4500232 previously, don’t worry, this hotfix is now part of hotfix KB4500571.

First of all I will list out some important fixes included in hotfix KB4500571. 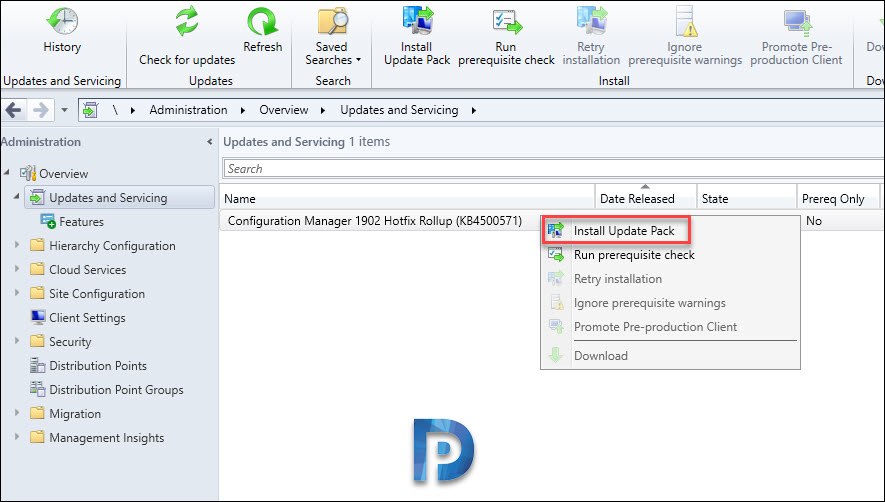 I will ignore the prerequisite check warnings here and click Next. 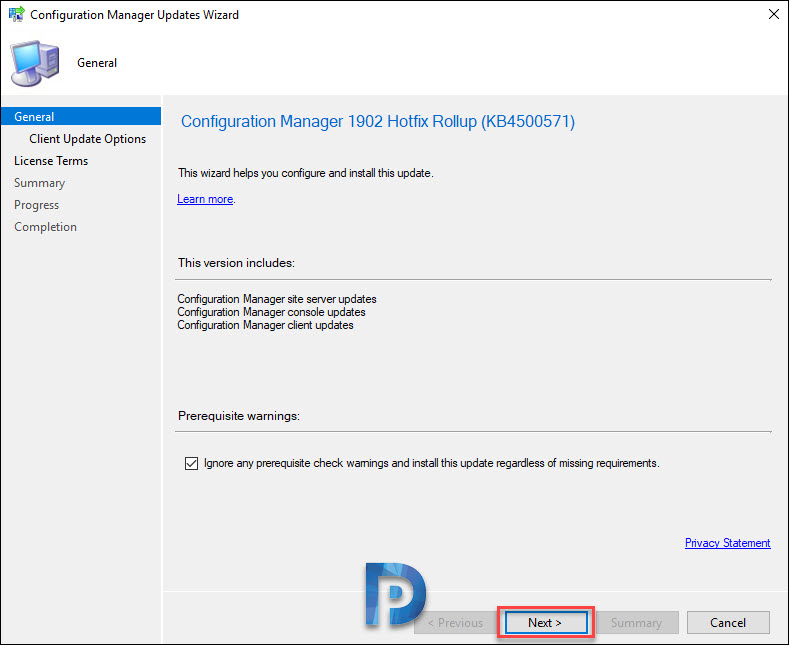 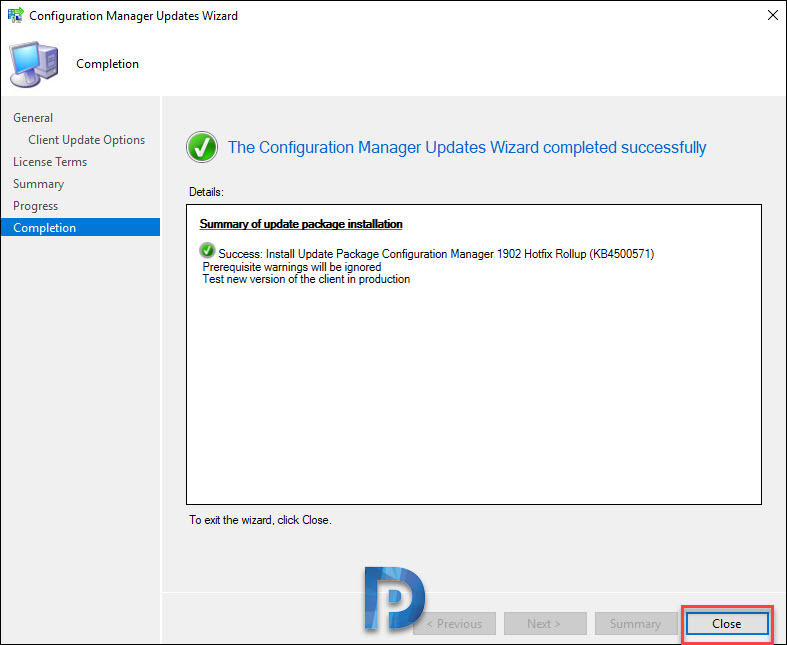 The Hotfix KB4500571 contains the updates for SCCM console. Refresh the SCCM console. You get a console upgrade notification box. 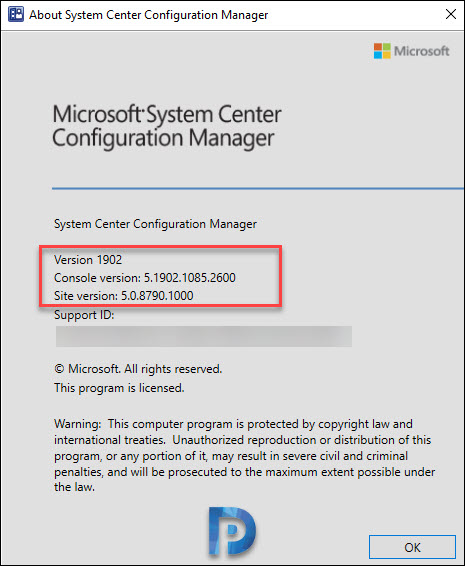 Yes the hotfix KB4500571 also contains the updates for SCCM 1902 clients. You must always ensure you have the latest version of client agents running in your setup.

Therefore to upgrade the client agents, you can use Client Upgrade feature located under Hierarchy settings. In addition to that check the box Upgrade all the clients in the hierarchy using production client. Choose the number of days to upgrade client and click OK.