The ConfigMgr technical preview 1906 comes with good set of features. Not all but only few features of tech preview versions make it to current branch. However with tech preview builds you get a chance to try out these features.

Most of all do not install tech preview builds in production. Here is a post that lists all the SCCM technical preview build numbers.

I will cover very few features in this post. Read all the technical preview 1906 features here.

You can now quickly access the site server maintenance tasks. Go to Administration > Overview > Site Configuration > Sites. Select the site and in the bottom pane, click Maintenance Tasks. You can enable the task and edit the task as well. The new Maintenance Tasks tab gives you information that includes :- 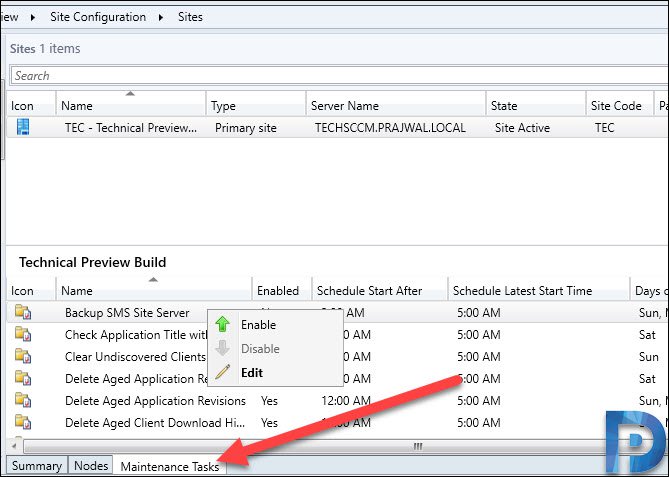 In addition to support for scripts and reports, the Community Hub now supports the following objects:

The New Software is Available notification will be shown only once for a user. So that means the user will no longer see the notification each time they log on.

If the application properties are modified or if there are changes done to app, only then the users will see another a notification.

When you install a Configuration Manager update, you can now see the state of the Upgrade ConfigMgr database task in the installation status window. 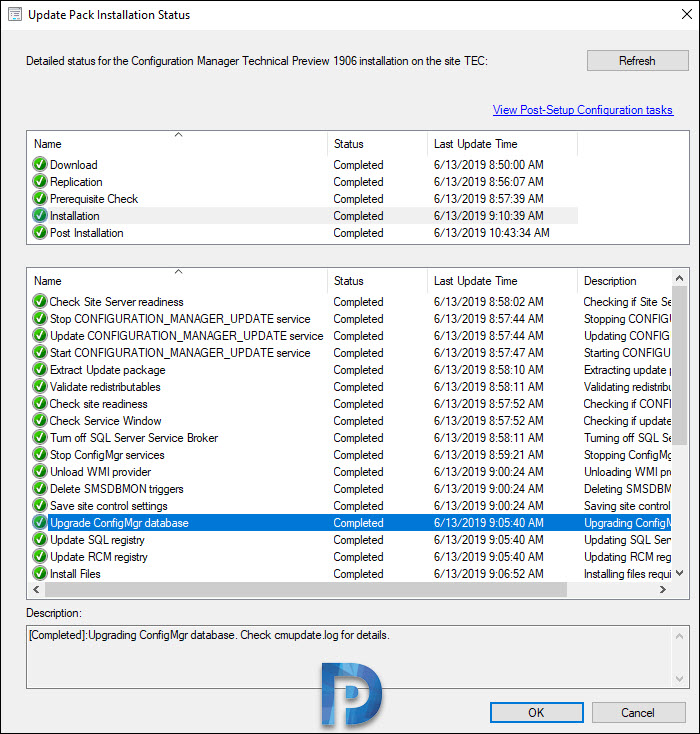 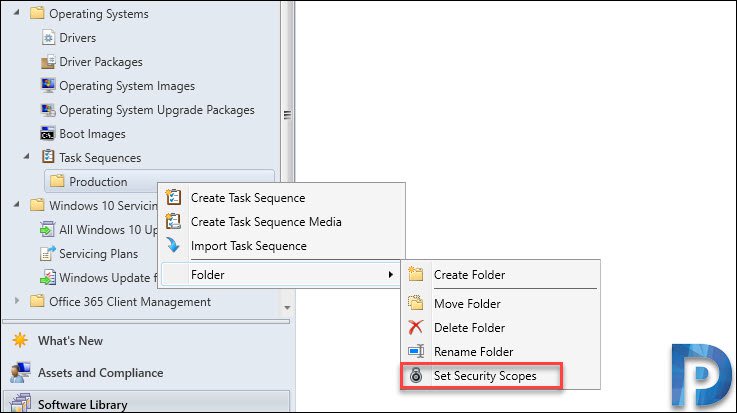 Listing some of the OSD improvements.

In this release you can now enable some nodes to use the administration service. This change allows the console to communicate with the SMS Provider over HTTPS instead of via WMI.

In this version, it only affects the following nodes under the Security node in the Administration workspace: 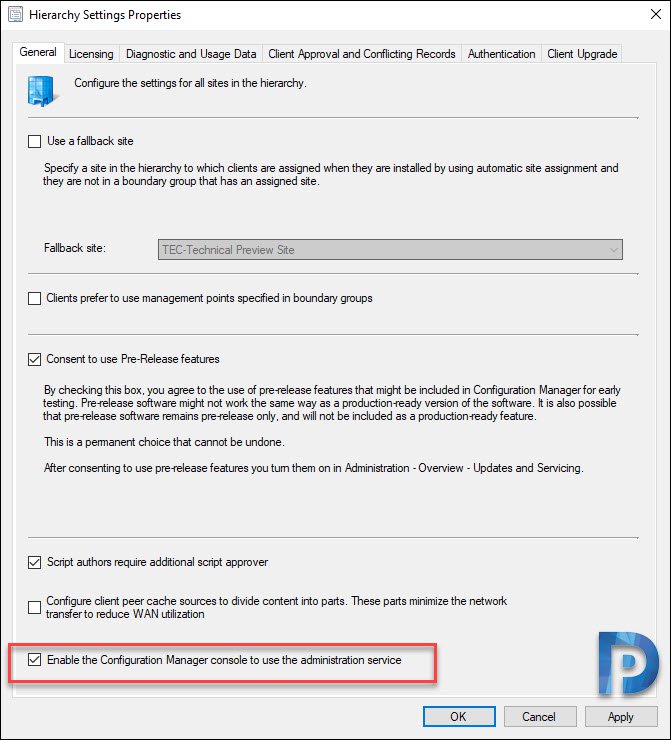 In technical preview 1906, when you select Windows 10 product for synchronization, you see the following. Management insights includes a new rule that detects if you enabled the less secure NTLM authentication fallback method for the site: NTLM fallback is enabled.

With this release you get to see additional configuration options for third-party update catalog. These include :-

Virtual Desktop is a preview feature of Microsoft Azure and Microsoft 365. You can now use Configuration Manager technical preview 1906 to manage these virtual devices running Windows in Azure. This is a great addition as well.

This feature allows you to discover user groups and members of those groups from Azure Active directory (Azure AD). Furthermore users found in Azure AD groups that haven’t been previously discovered will be added as user resources in Configuration Manager.

Software Center has got several tabs and with a single command you can directly access the tabs now.

On the client machine click Start > Run and type softwarecenter:page=Compliance

This command will directly take you to the Compliance tab of Software Center. 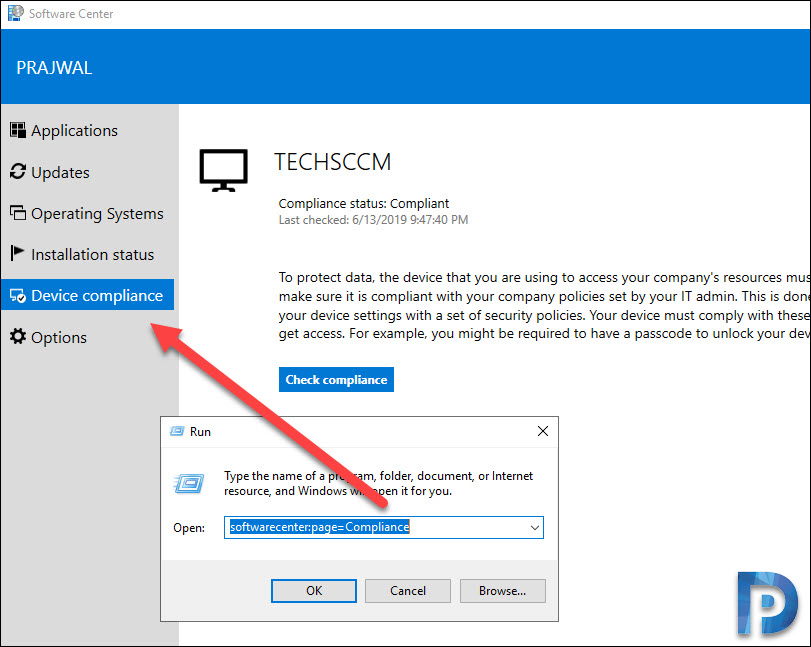 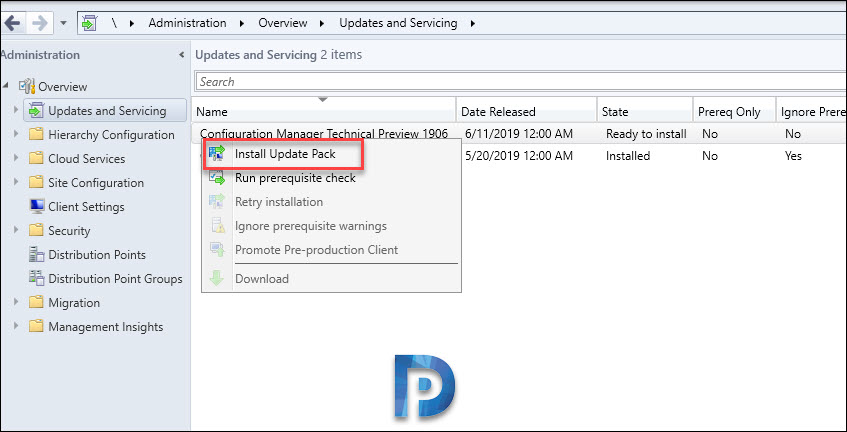 Check the box under Prerequisite warnings and click Next. 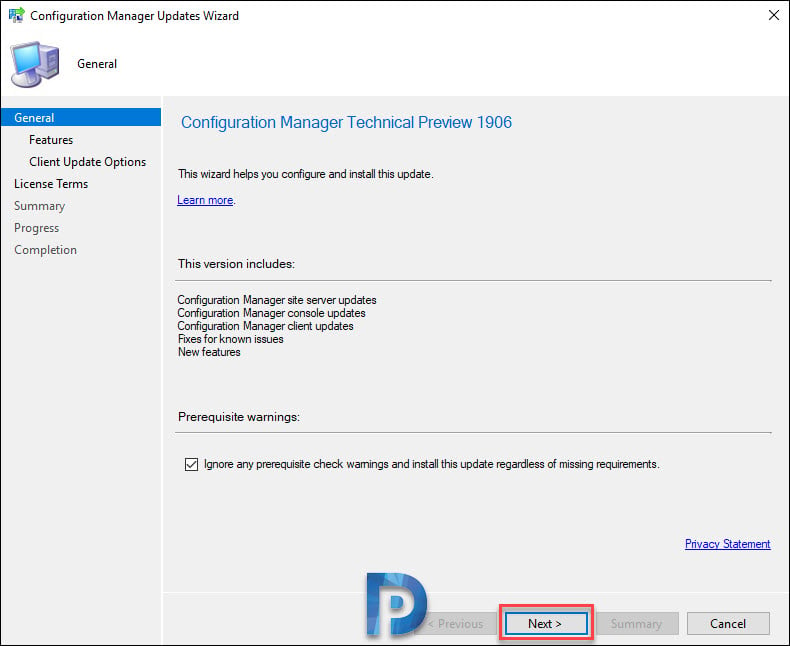 Take a look at new features in ConfigMgr technical preview 1906. Click Next. 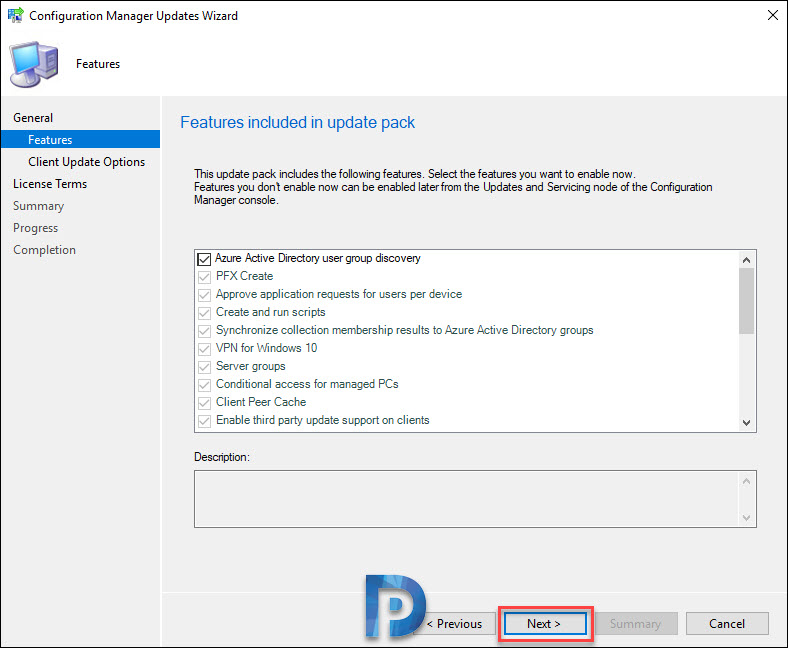 Since this is a tech preview build, I will select Upgrade without validating. Click Next. 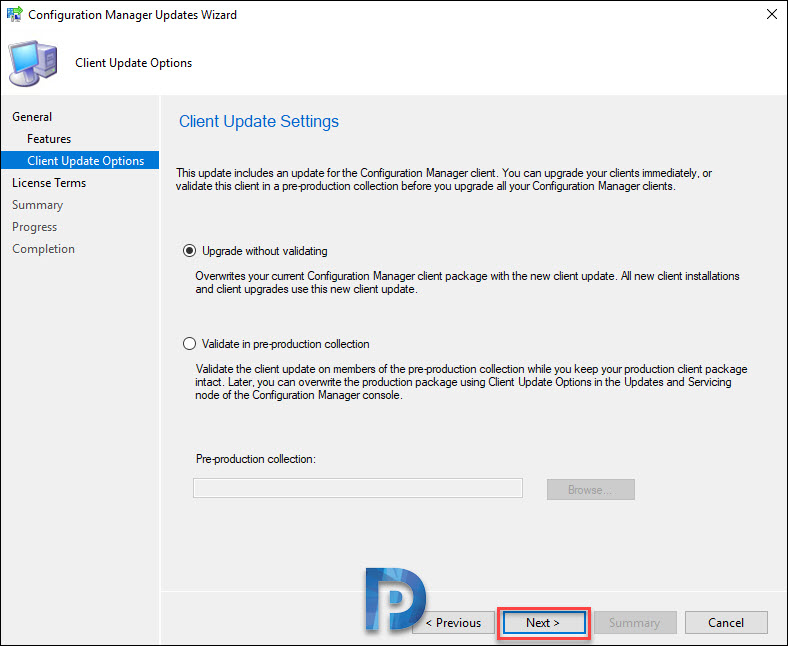 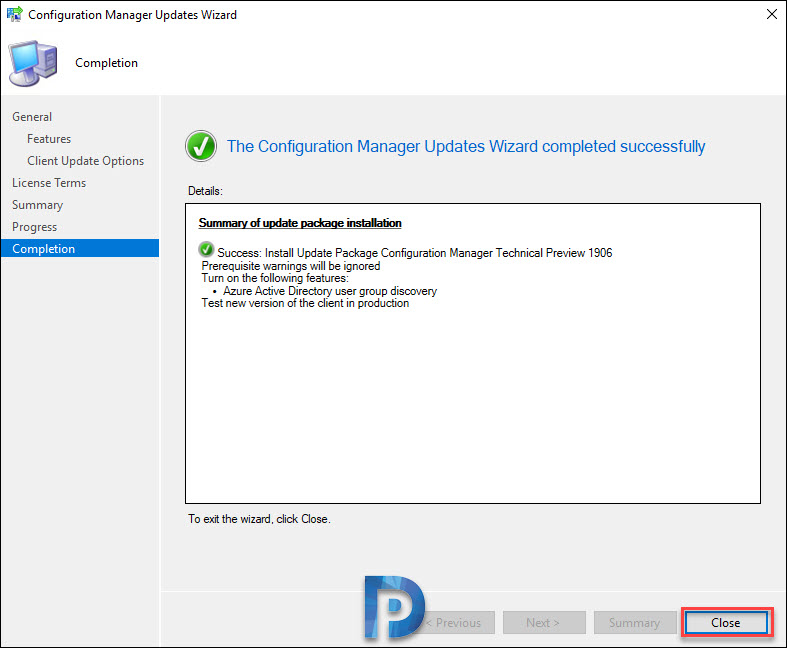 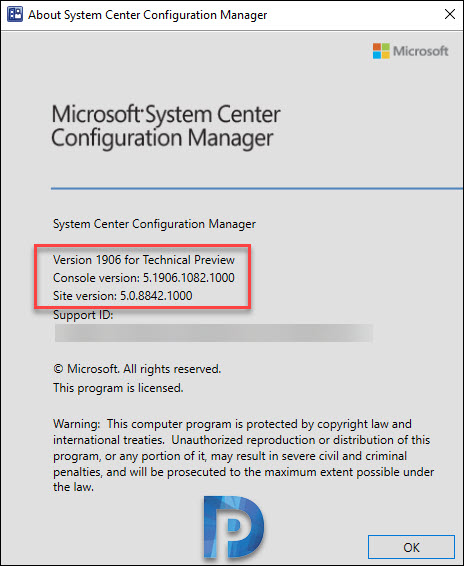