You can deploy Lync 2010 in a managed-desktop environment by using the following methods:

As mentioned earlier, in this post we will see the deployment of Lync 2010 client using SCCM 2012 R2.

When you deploy Lync 2010, you can use the Lync 2010 setup program command-line arguments listed in the following table.

Once you have downloaded the Lync 2010 client setup file, you can copy it to a folder on the ConfigMgr server. Launch the Configuration Manager console, click Software Library, under Application Management right click Applications and click Create Application. 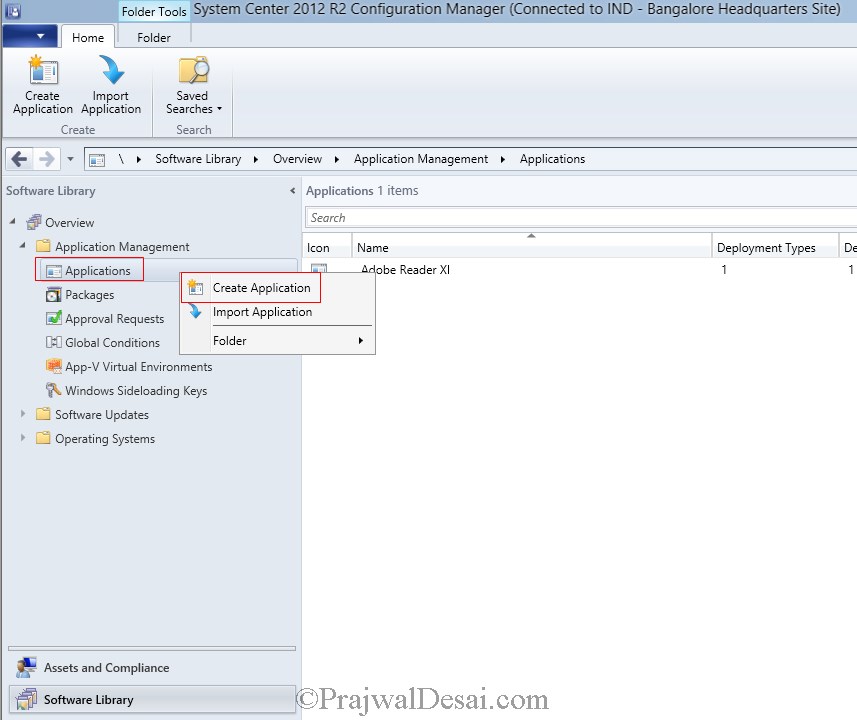 Choose Manually specify the application information and click Next. 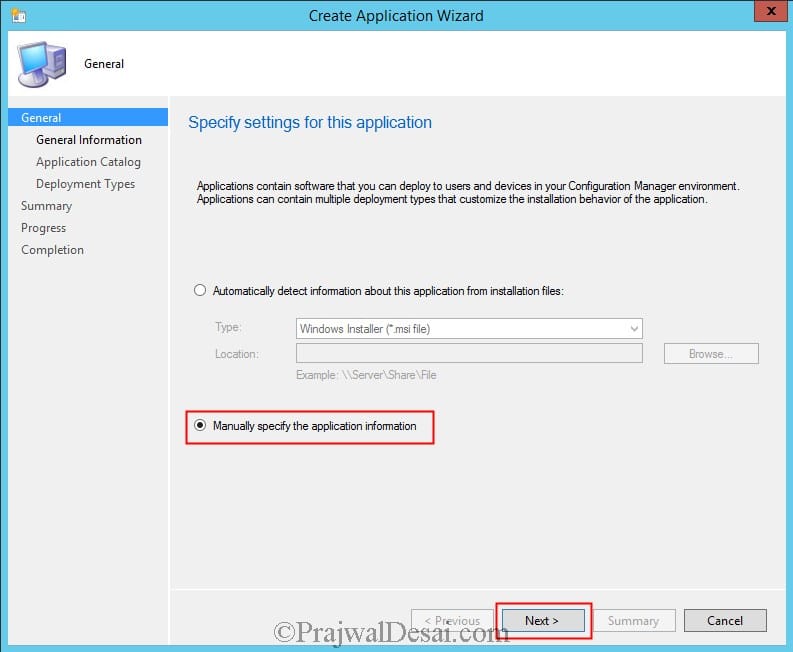 Specify some information about the application such as Name, Publisher etc. Click Next. 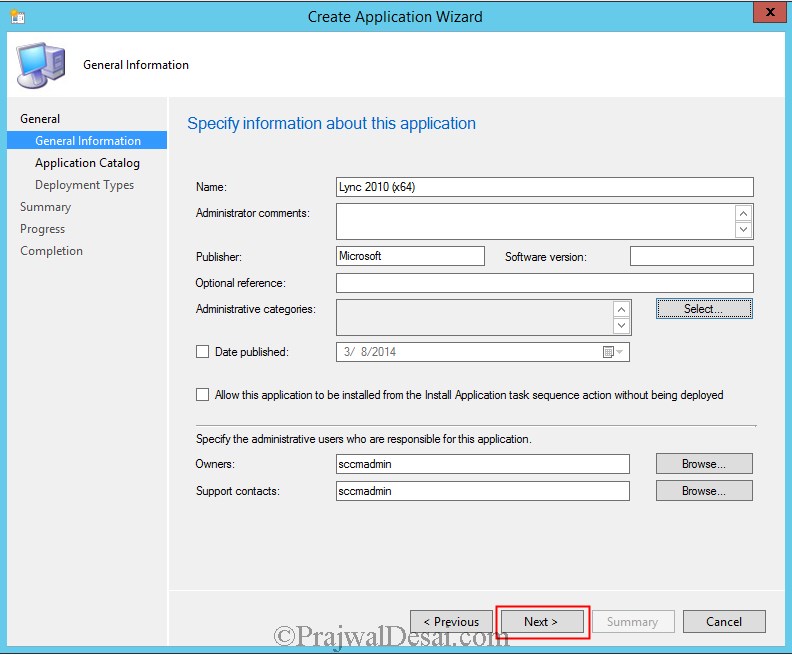 You can specify more information about the application here, the information specified here will be seen by user in the Application Catalog. Click Next. 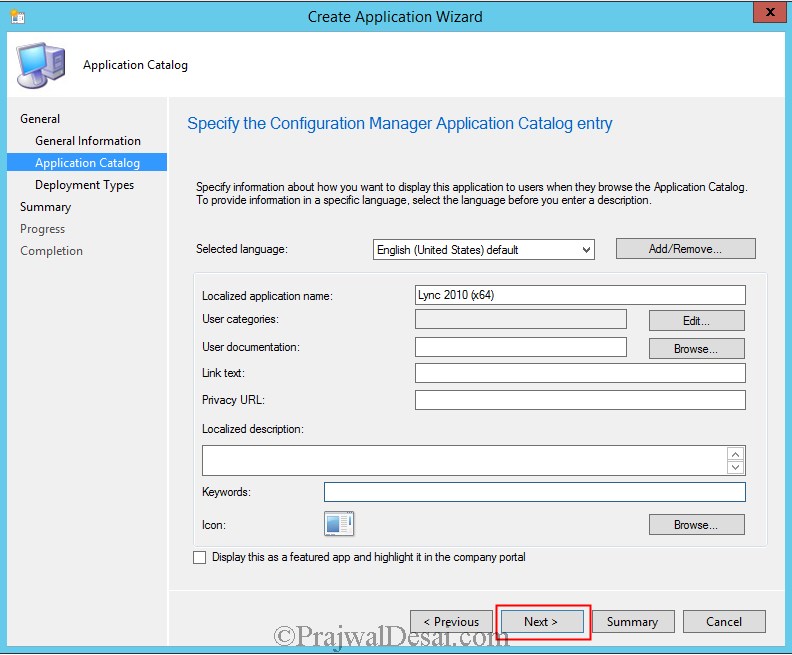 Yes, we will configure the Deployment Type for Lync 2010 client setup. Click on Add. 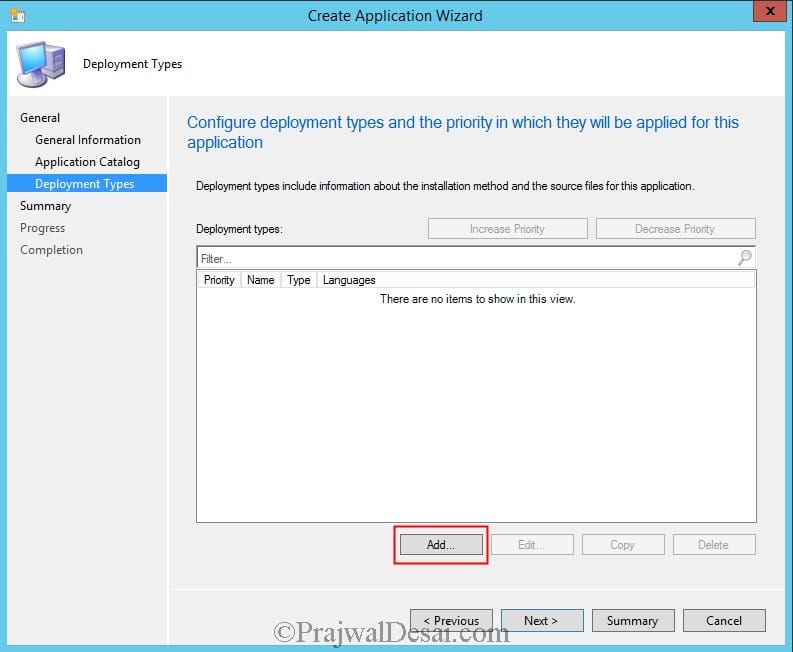 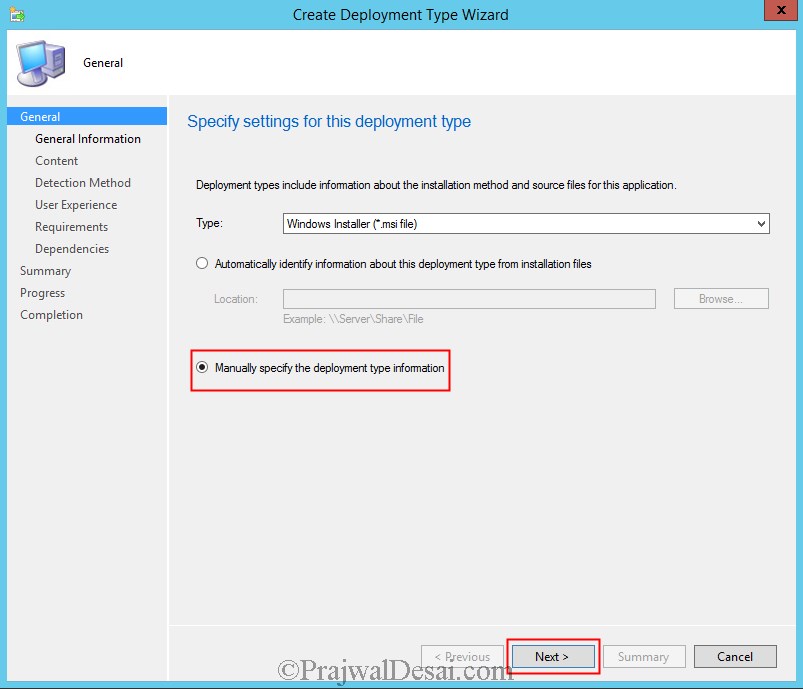 Specify some information about this deployment type and click Next. 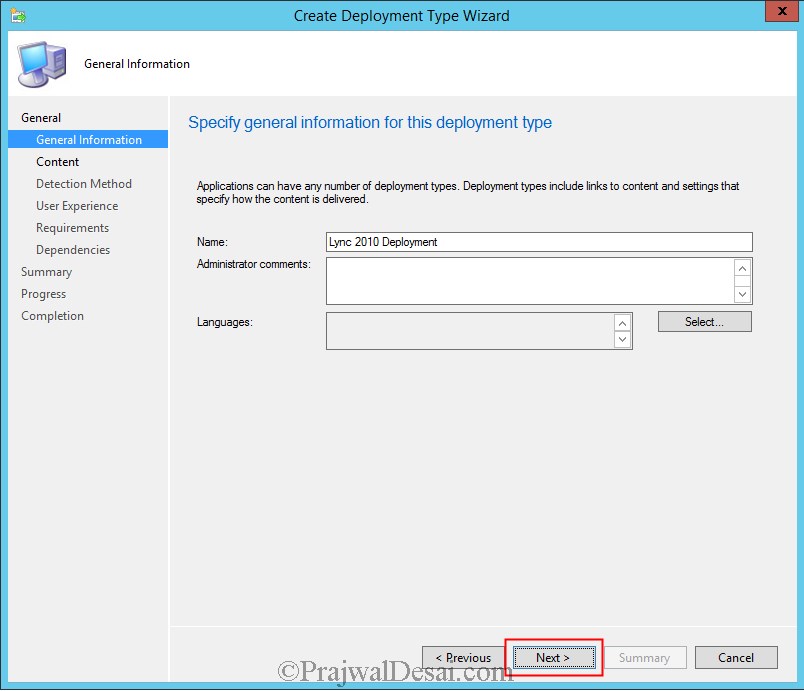 For the Content Location, provide the path where the Lync 2010 setup file is present, in my case I have copied the setup file to a folder named LyncSetup on SCCM server. The next step is to specify install and uninstall command. 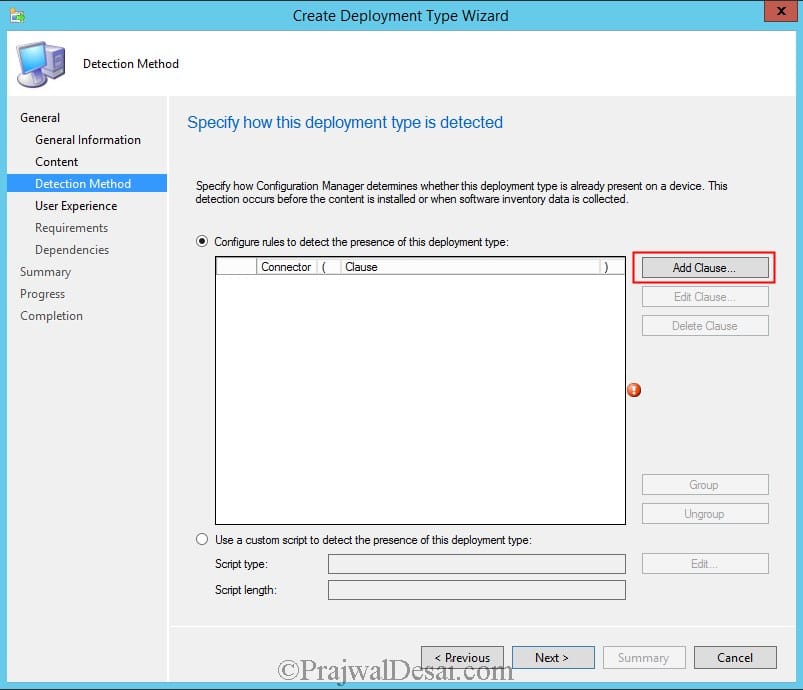 On the Detection Rule window, choose Setting Type as File System. Under Specify the file or folder to detect the app, set the following 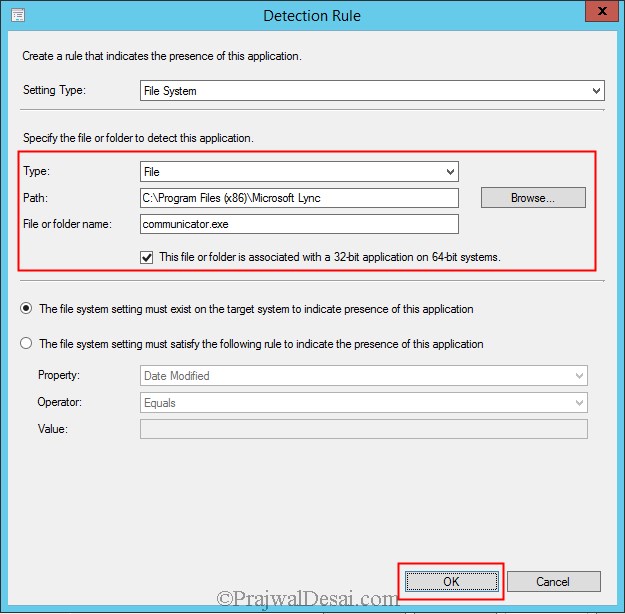 Selection the Installation behavior as Install for system, Logon requirement as Whether or not a user is logged on and Installation program visibility to Normal. Click Next. 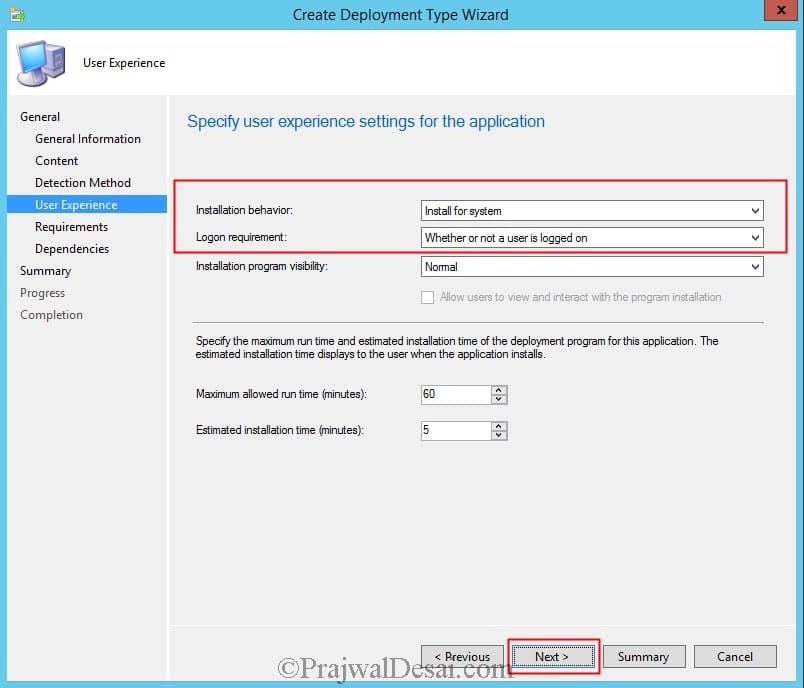 We will not specify any installation requirements for this deployment type so click Next. 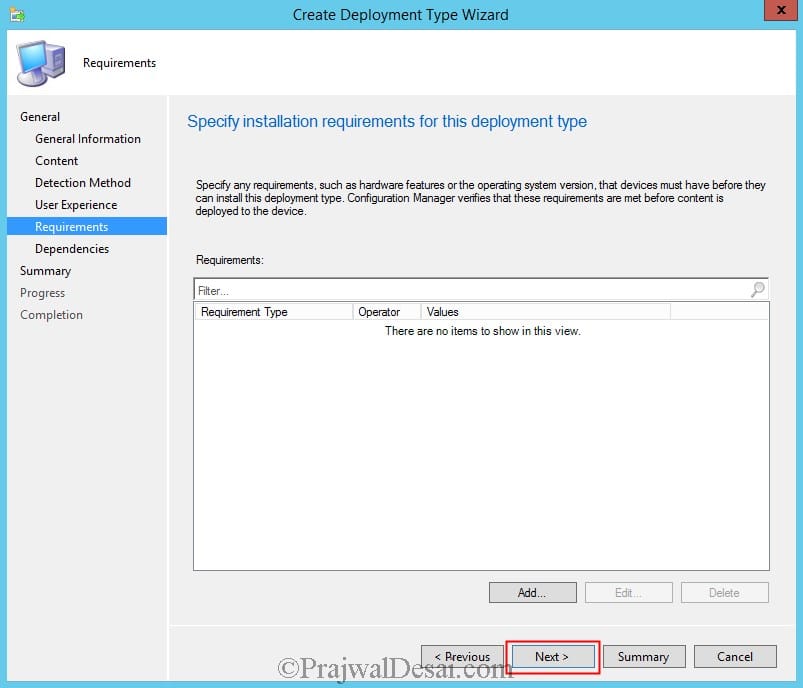 We will not specify any software dependencies for this deployment type so click Next. 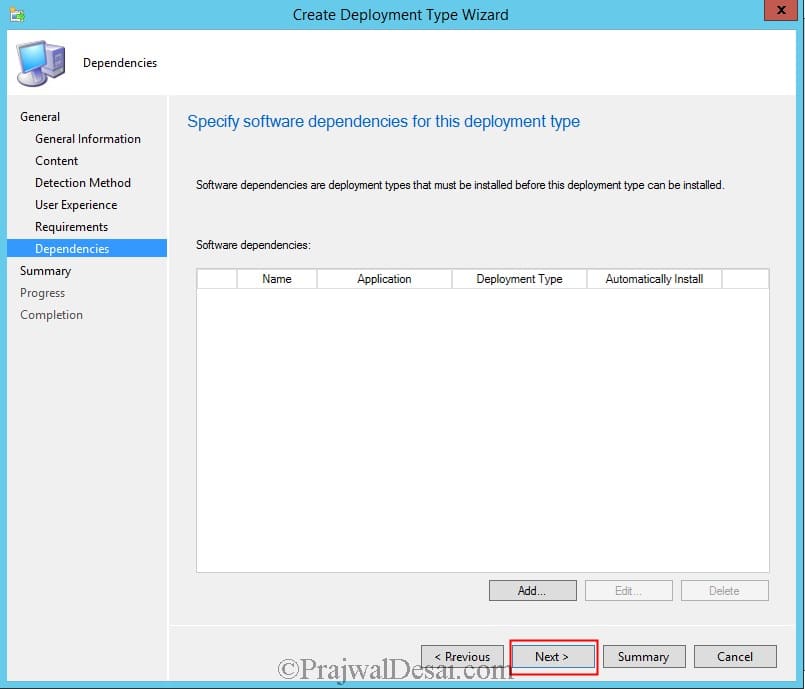 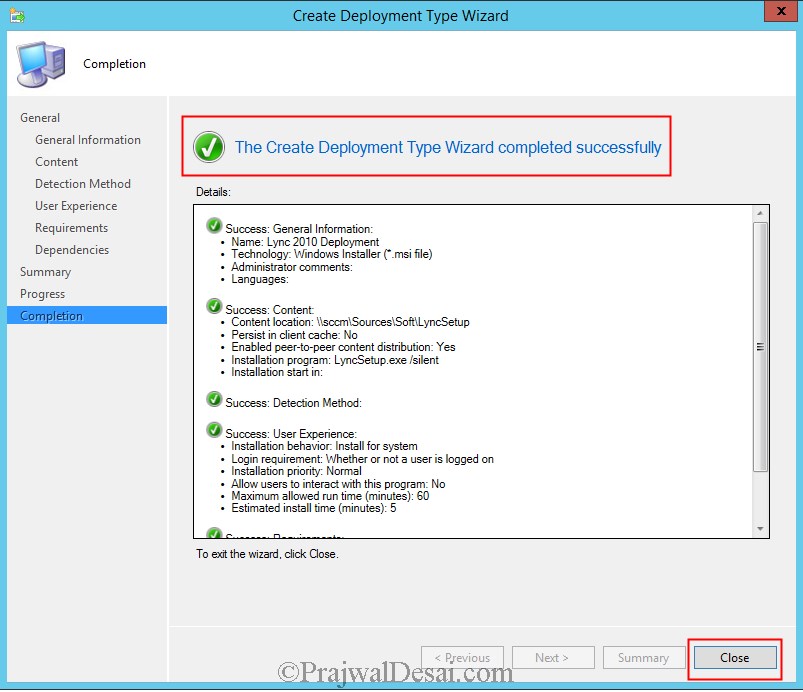 Under the Deployment types we see the Lync 2010 application. Click Next. 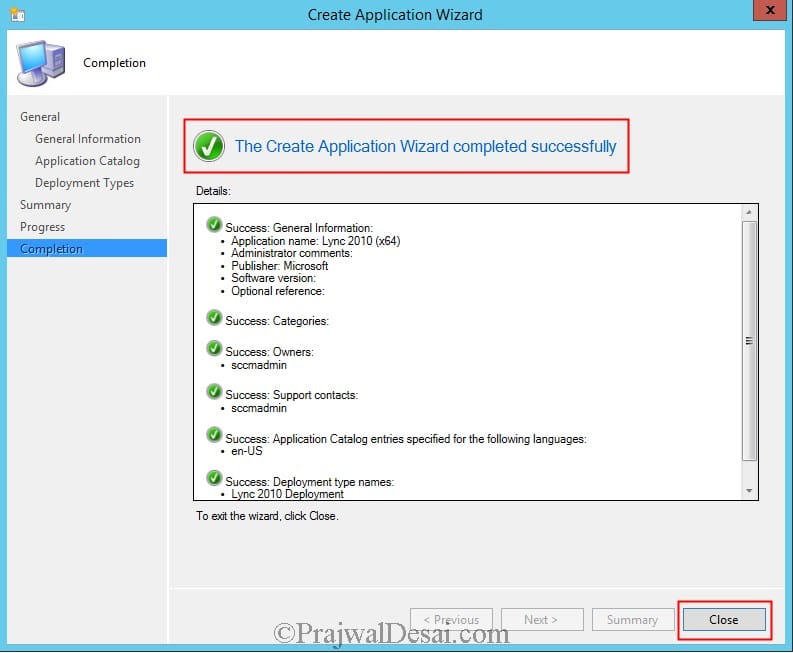 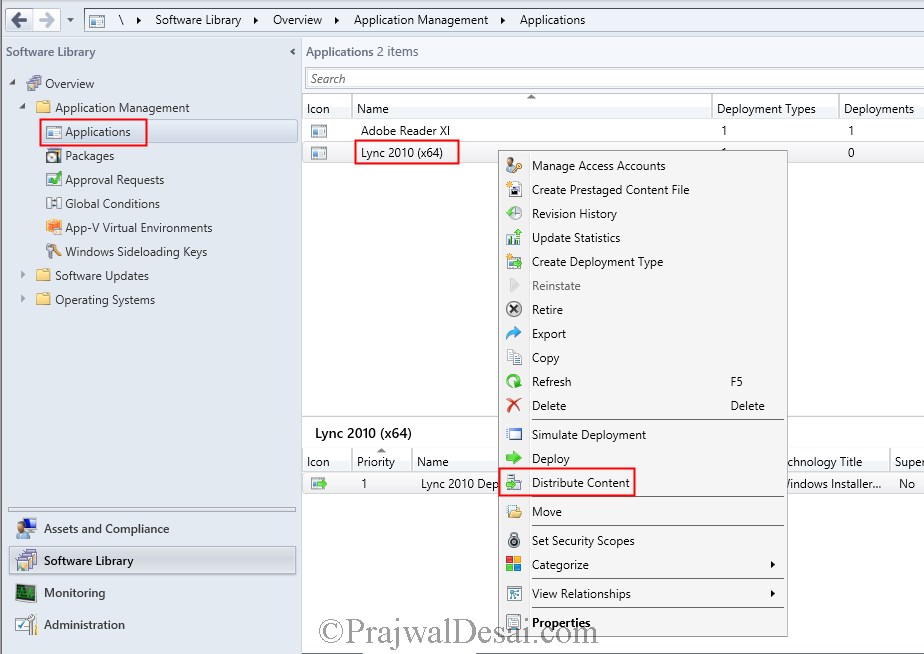 Add the Distribution Point and complete the wizard. 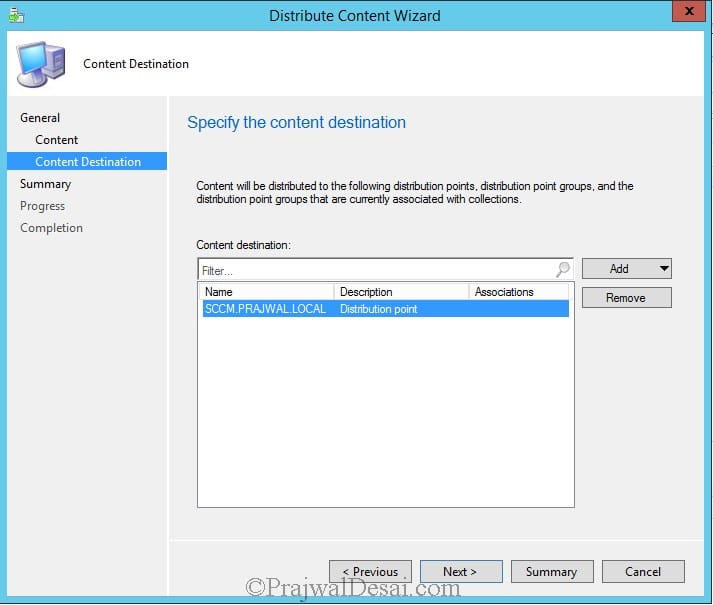 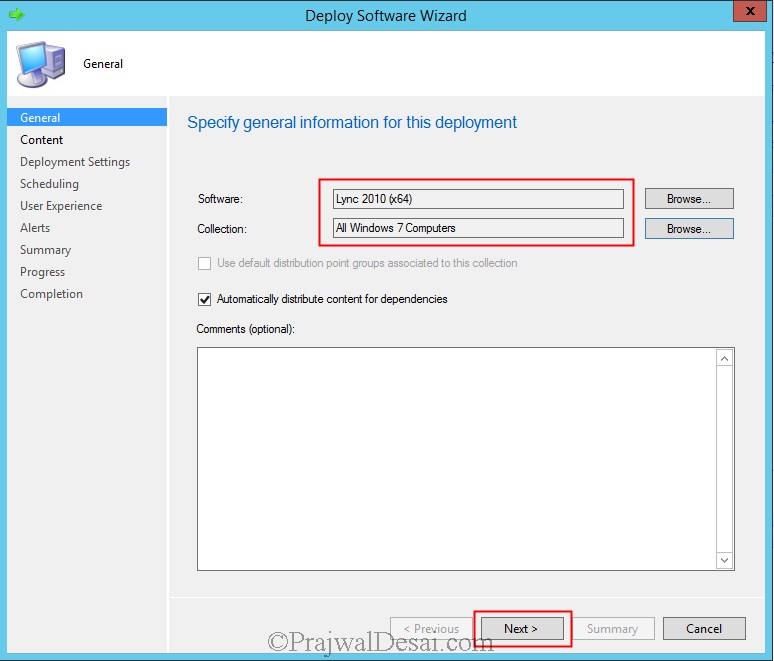 Deployment Settings – Set the Action as Install and Purpose as Available. Click on Next. 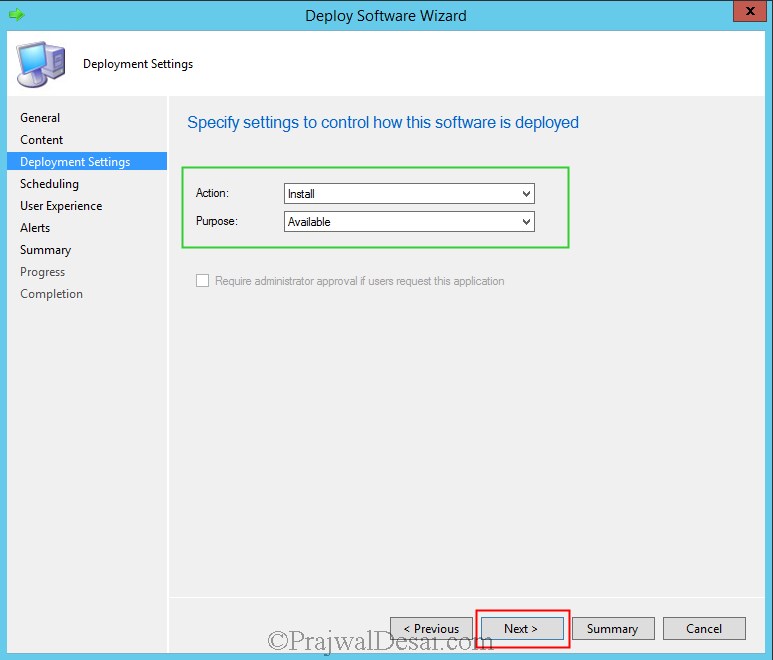 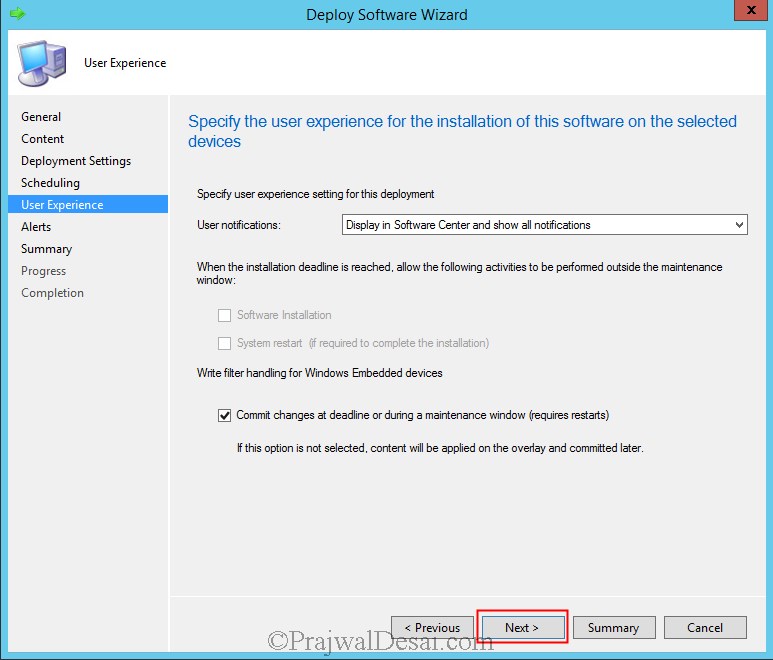 After few minutes the Lync 2010 app can be seen in the Software Center under Available Software. Select the app and click on Install Selected. The app is downloaded from the DP and installed. 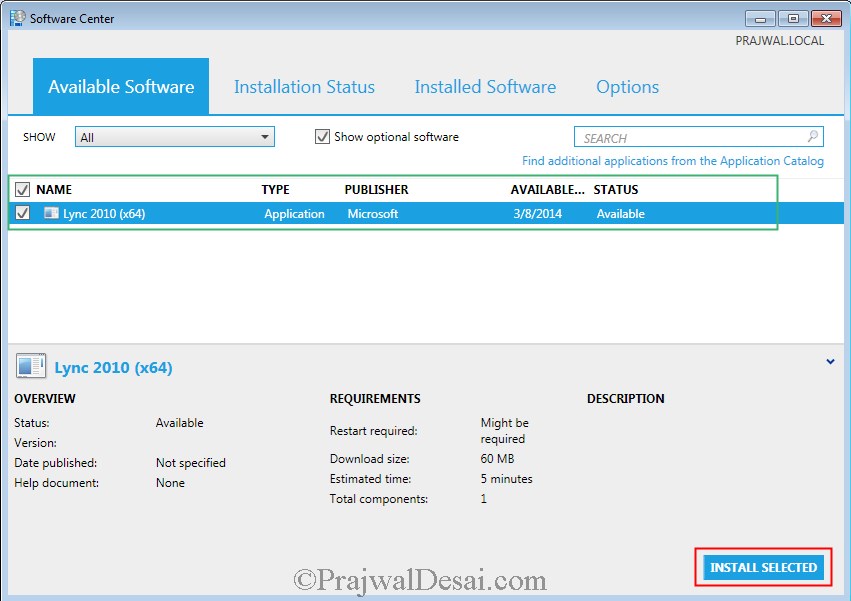 The Lync 2010 client has been installed on the computer. 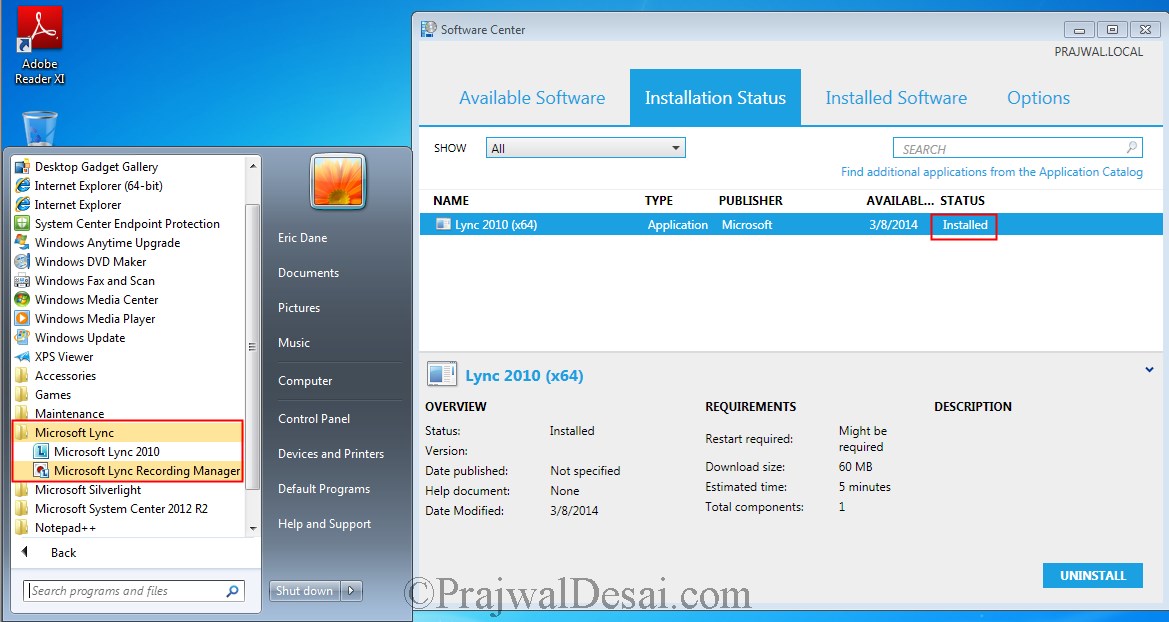 If you want to what’s going in the background during the client installation, you can open the AppEnforce.log file on the client computer using CM Trace tool. If the app fails to install you can check this file for troubleshooting purpose. 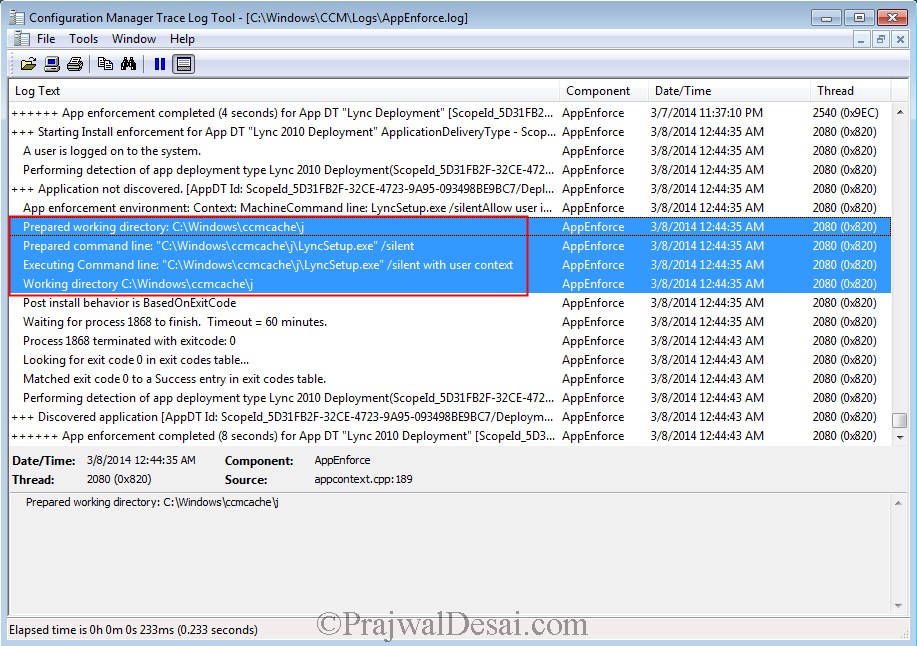 While we were creating the deployment type for this app we had specified the Uninstall Program command. Let’s see if the app gets uninstalled without any issues, click on Uninstall. 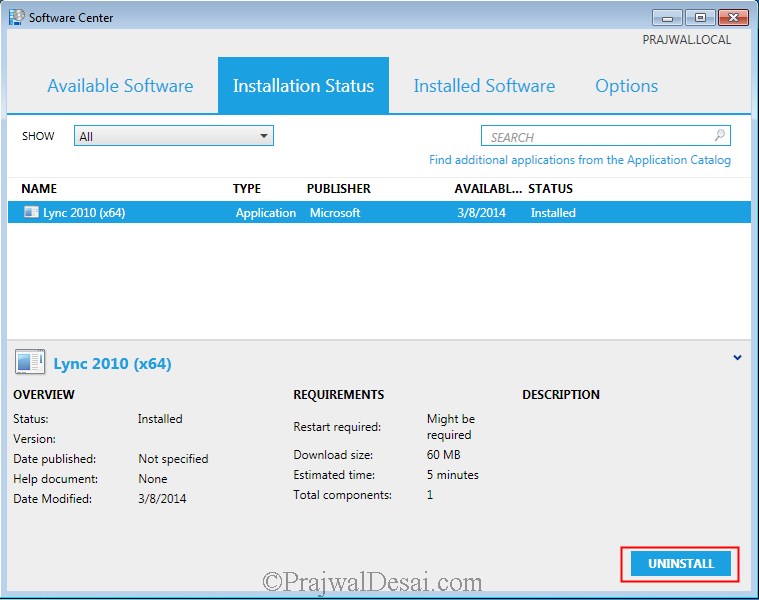 We have uninstalled the Lync Client 2010 successfully. 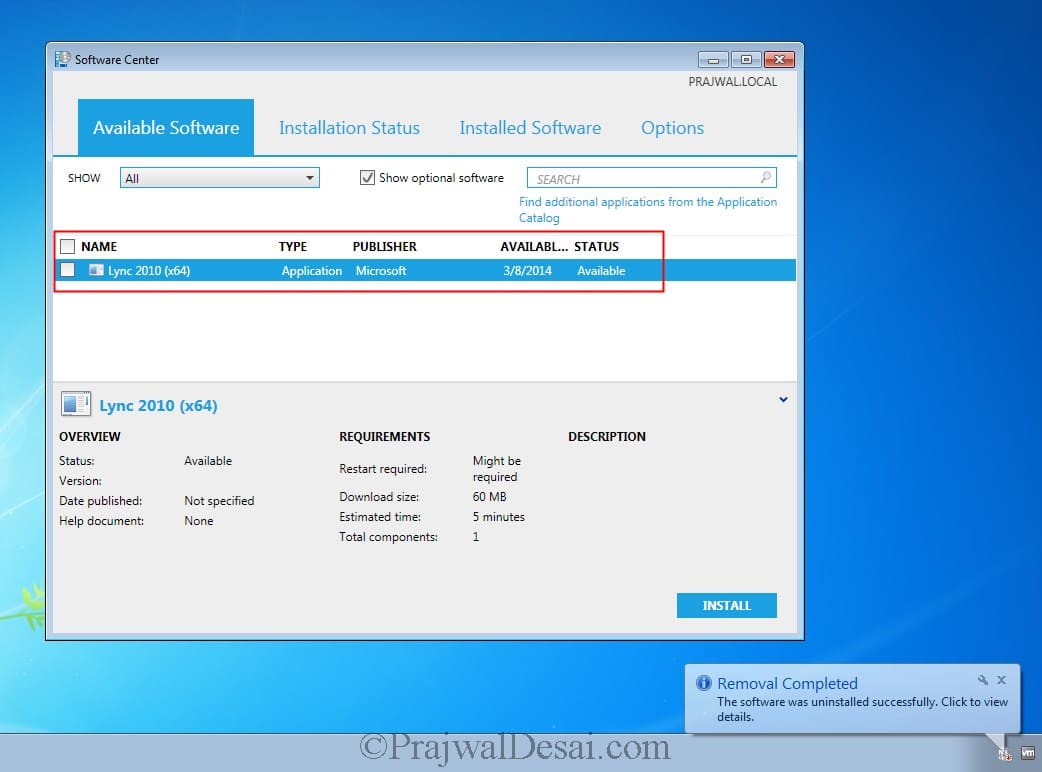 I hope this post will help you when you plan to deploy Lync client using SCCM 2012. If you have questions do write in comments.