This post shows the steps to install SCCM ConfigMgr Current Branch update 1610. Microsoft announced update 1610 for System Center Configuration Manager current branch. This update is available as in console update. The update is available for sites running configuration manager current branch versions like 1511, 1602 or 1606. The SCCM 1610 update brings lots of new features and enhancements in Windows 10 and Office 365 management. There is a lot to explore in SCCM once this update is installed. To know more about update 1610 click What’s new in version 1610 of System Center Configuration Manager.

The update is released globally to all the customers. The update 1610 should be available in updates and servicing node in SCCM console. In addition there is a PowerShell script to get the update quickly in console. However if you don’t find the update in the console, run the powershell script. The update will be downloaded and post then you can install it.

Launch Configuration Manager console. Click on Administration > Overview > Cloud Services > Updates and Servicing. Right click and click check for updates. If you don’t find the update, run the PowerShell script. Post running the script, the update should be visible in the console.

Open the dmpdownloader.log from your ConfigMgr install directory to monitor the update download. 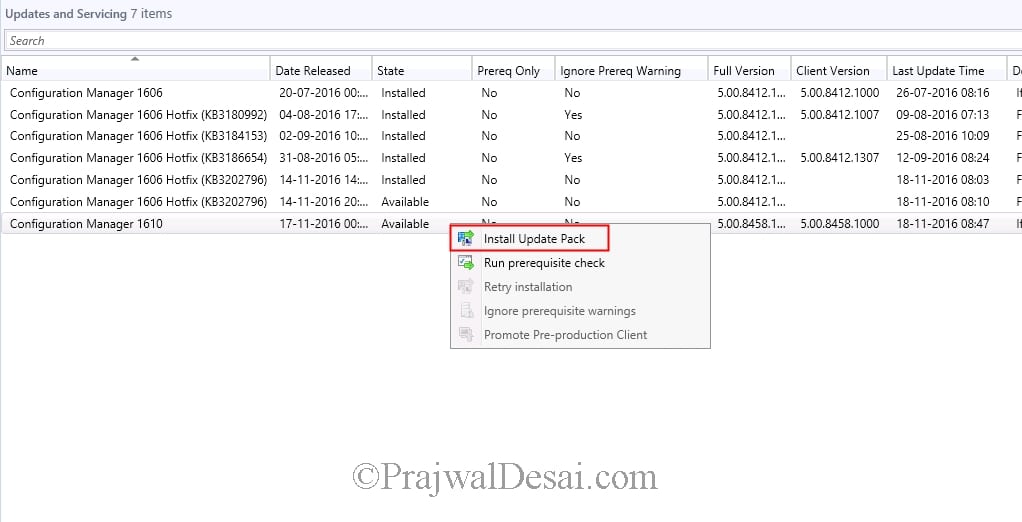 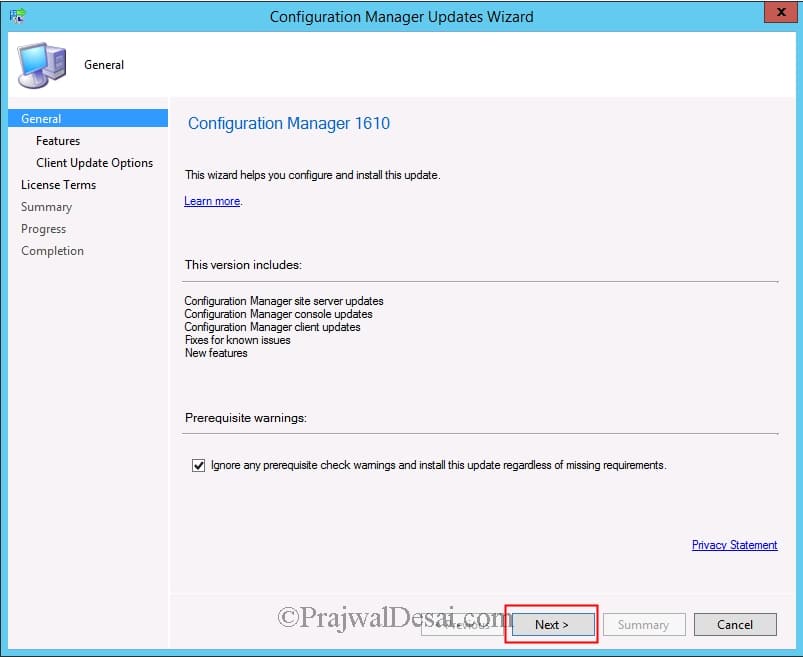 The update 1610 comes with new features. Choose the features to enable or you could do it at later point of time. Click Next. 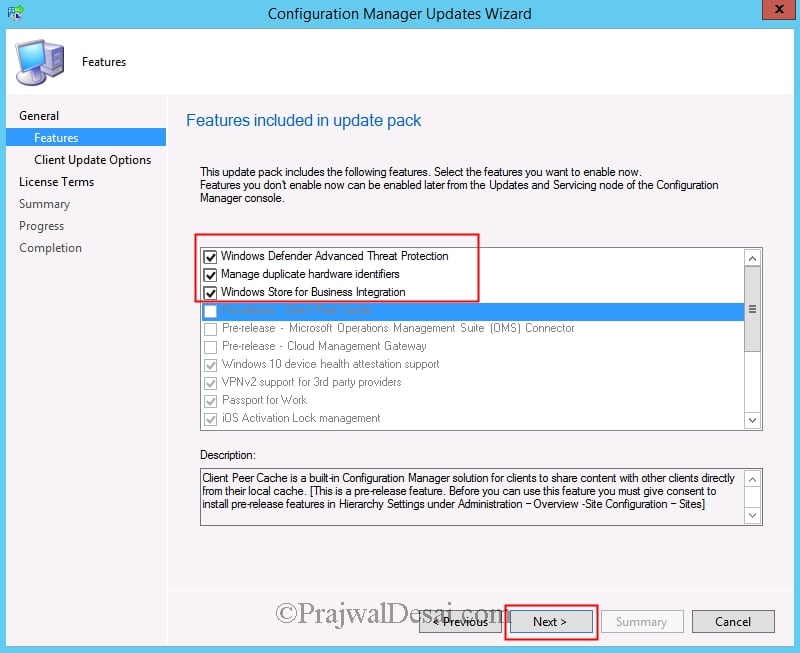 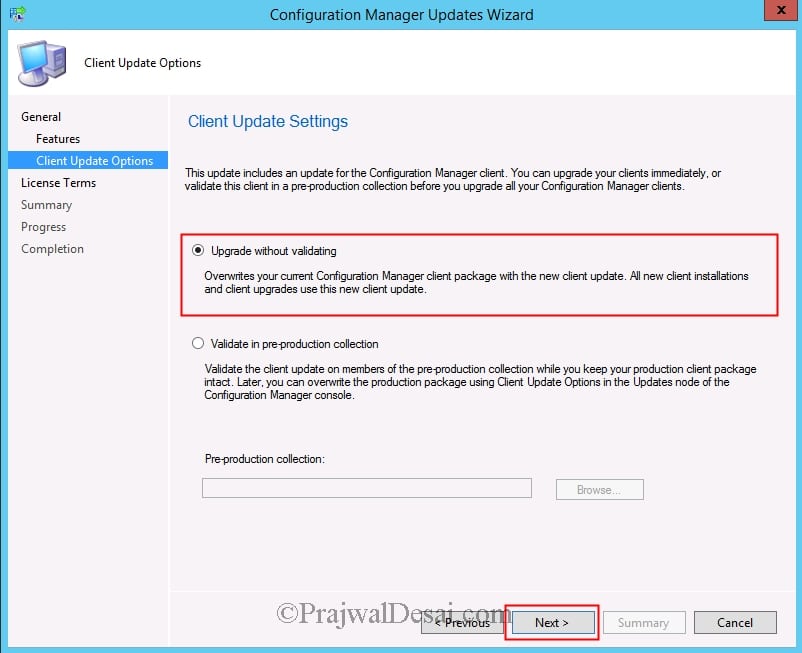 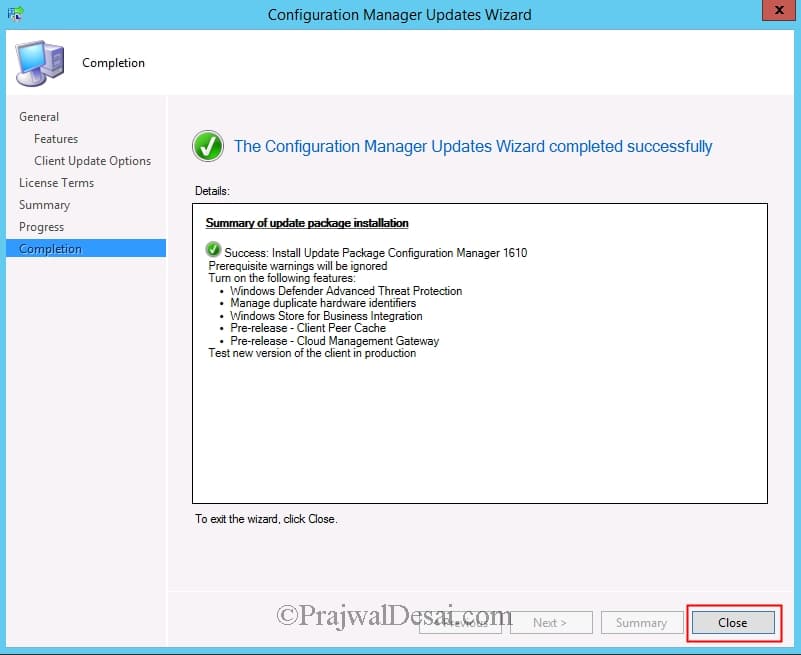 Open the CMUpdate.log to monitor the update process. Finally we see the configuration manager 1610 update is installed successfully. 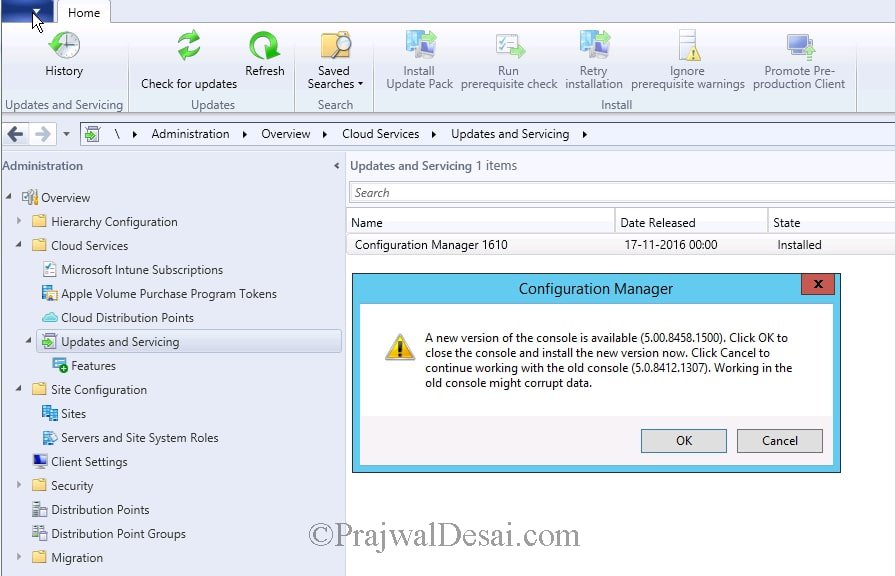 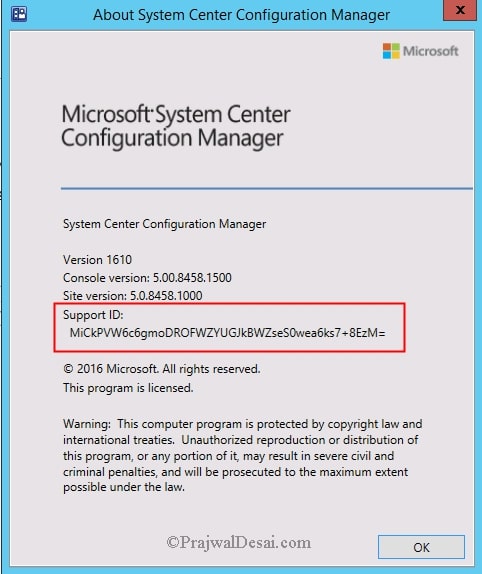