If you are running SCCM 1906, there is a new hotfix KB4516430 available in the console. This update applies to the early update ring of Configuration Manager current branch version 1906. This update replaces the previously released update KB4515740.

To get the list of all the issues fixed in KB4516430, read this article. I won’t be listing them in this post as that would be redundant.

The Hotfix KB4516430 addresses important issues that were resolved before SCCM 1906 was globally released. This KB4516430 update does not apply to sites that downloaded SCCM 1906 on August 15, 2019, or a later date. Therefore you won’t see the update in configuration manager console for those sites.

If you don’t remember the update installation date, no need to worry because you have another easy method. In order to verify if SCCM 1906 first wave build is installed is to look for a package GUID of the update.

You should see the KB4516430 hotfix if the packages have the following GUIDs in the console.

Important – This update does not apply to installations of version 1906 from packages that have the following GUID: 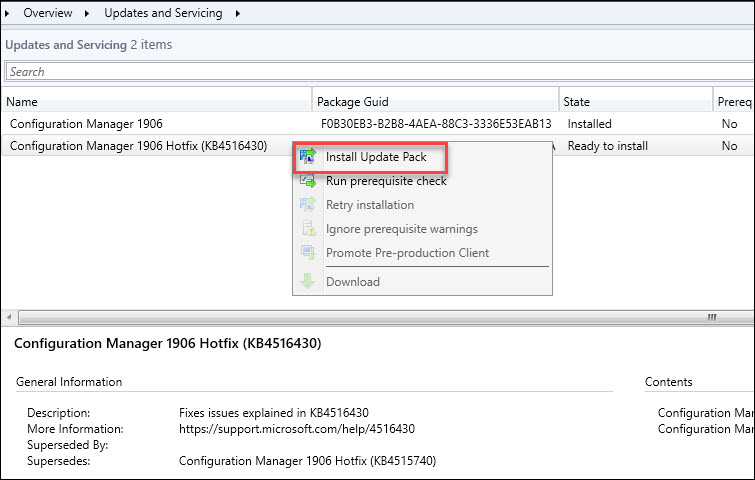 The hotfix KB4516430 includes updates to site server and console. To ignore the prerequisite check warnings, check that box under Prerequisite warnings. Click Next. 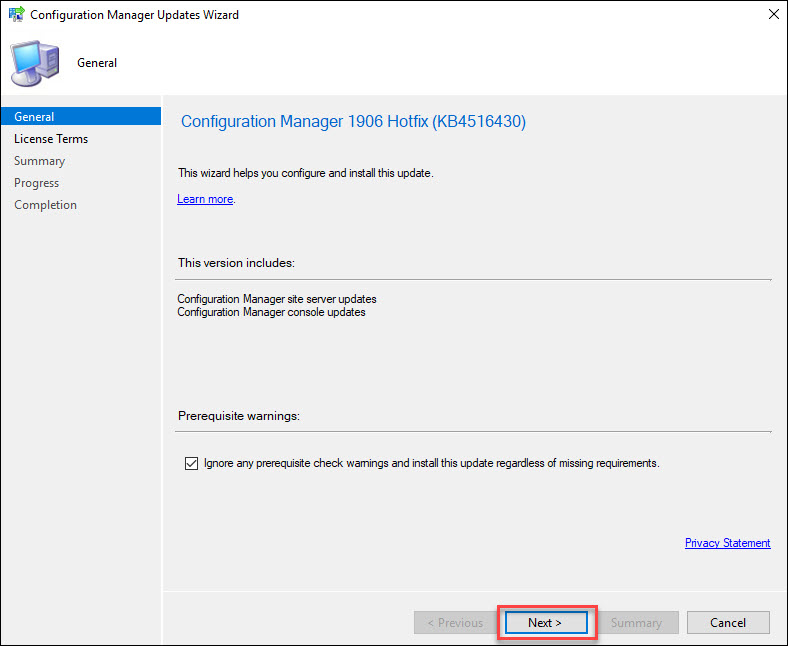 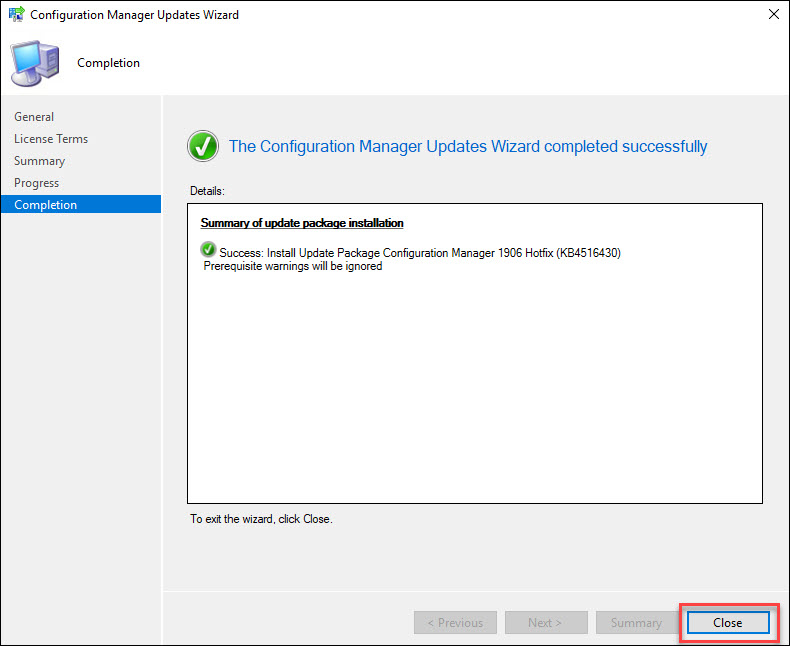 Seems like the installation is complete and it’s time to upgrade the console.