This out-of-band update is applicable only to early update and globally available installations of SCCM 1910 that are installed by using one of the following package GUIDs.

In addition to that, this update is also applicable to the following package GUID’s and update KB4535819 applied:

To verify which build is installed, add the Package GUID column to details pane of the Updates and Servicing node in the console. To know how to find the package GUID of SCCM update, read this post. 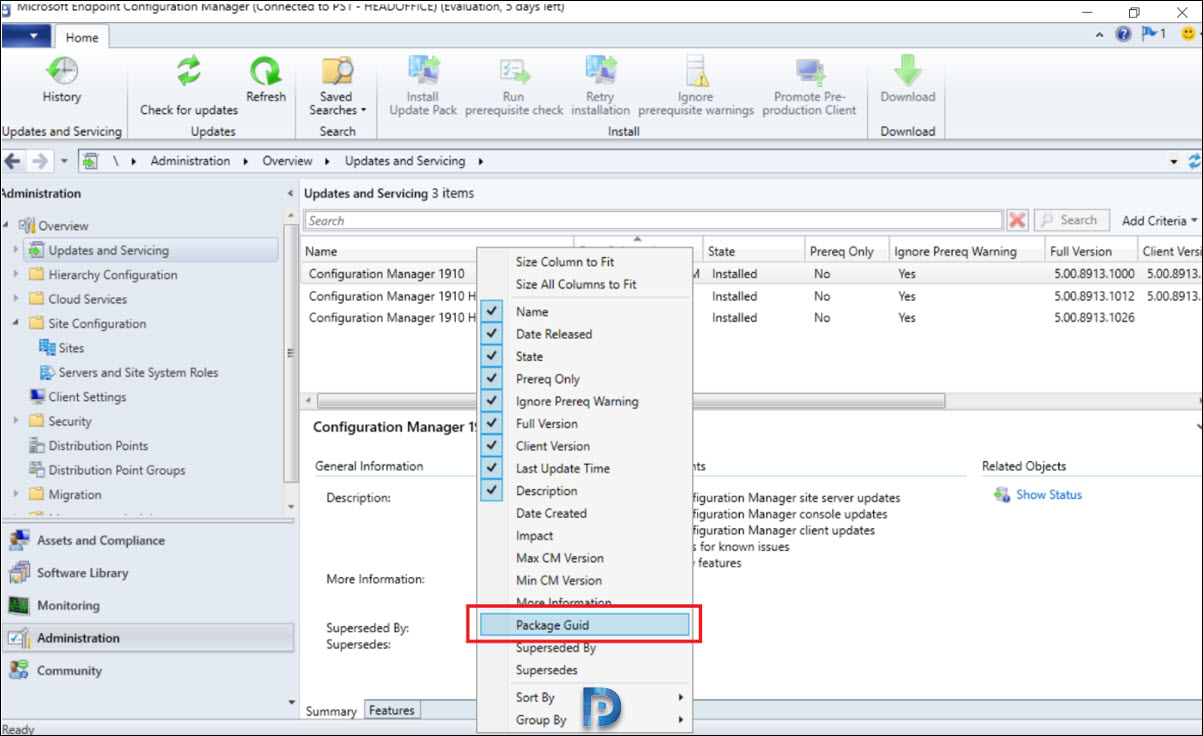 Most of all the hotfix KB4538166 resolves the following three issues.

Most of all this update replaces the hotfix KB4538488 – clients immediately upgrade after updating to Configuration Manager 1910.

First of all download the hotfix KB4538166 from here. Since this is an out-of-band update, you must use the update registration tool to import this hotfix into SCCM console.

Run the hotfix and on the Configuration Manager update registration screen, click Next. 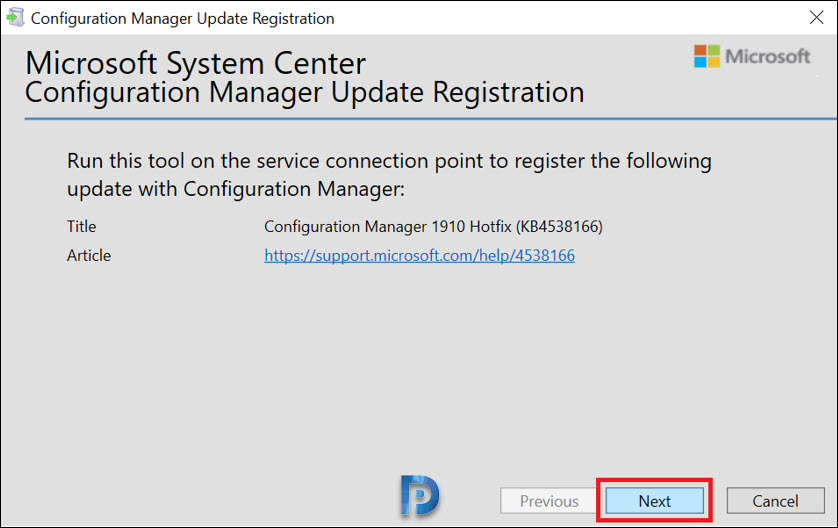 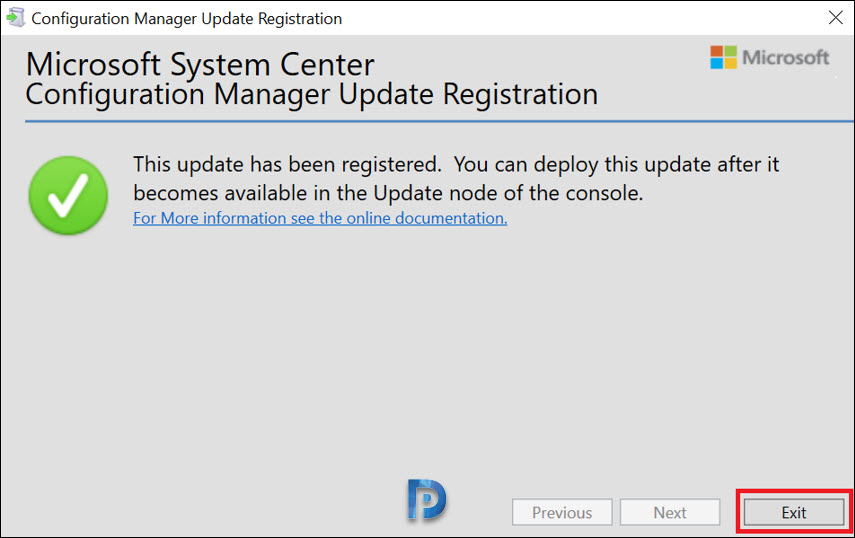 Now open the SCCM console and go to Updates and Servicing node. Click Check for Updates. 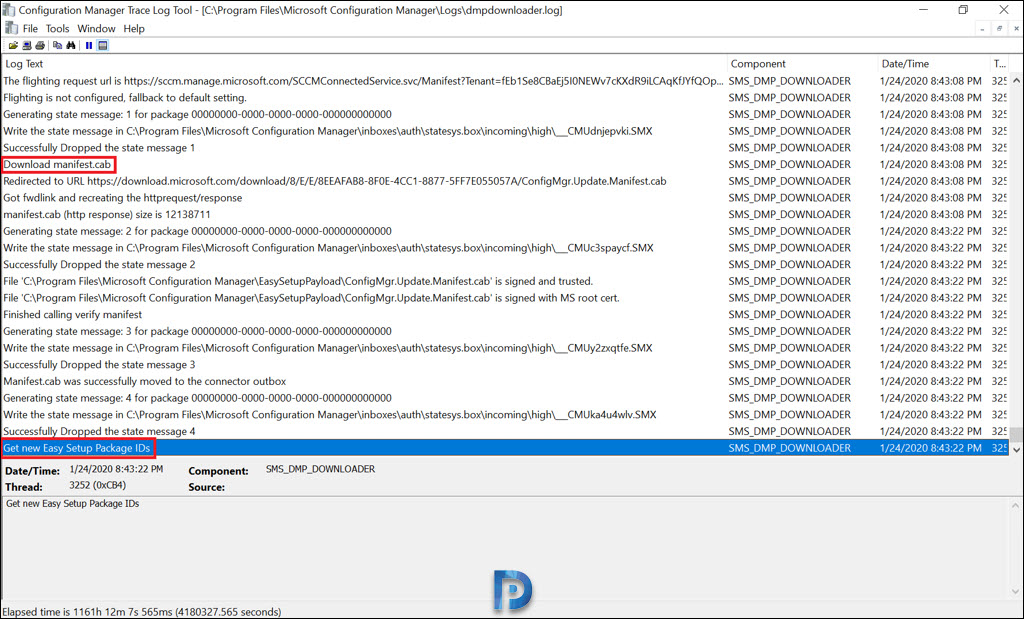 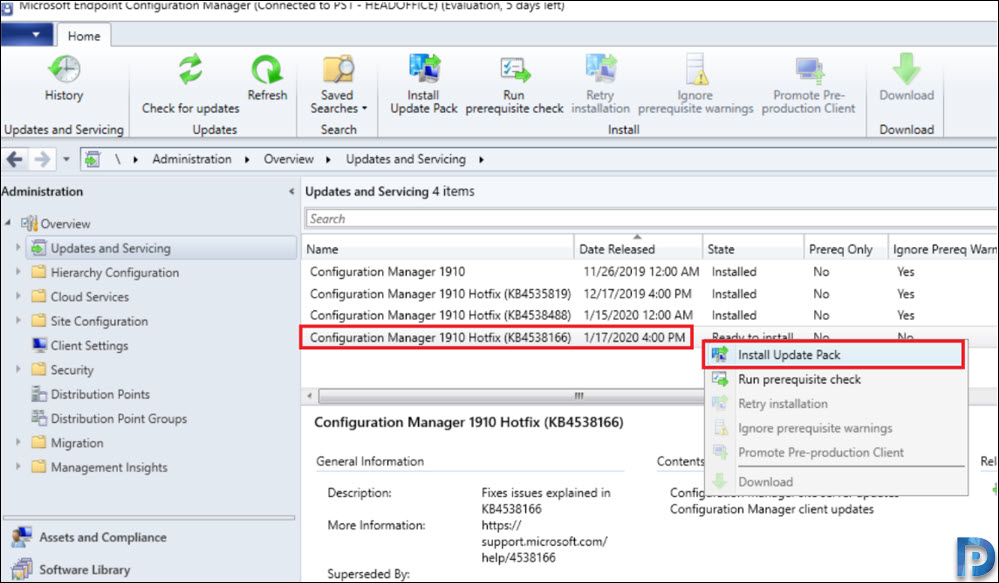 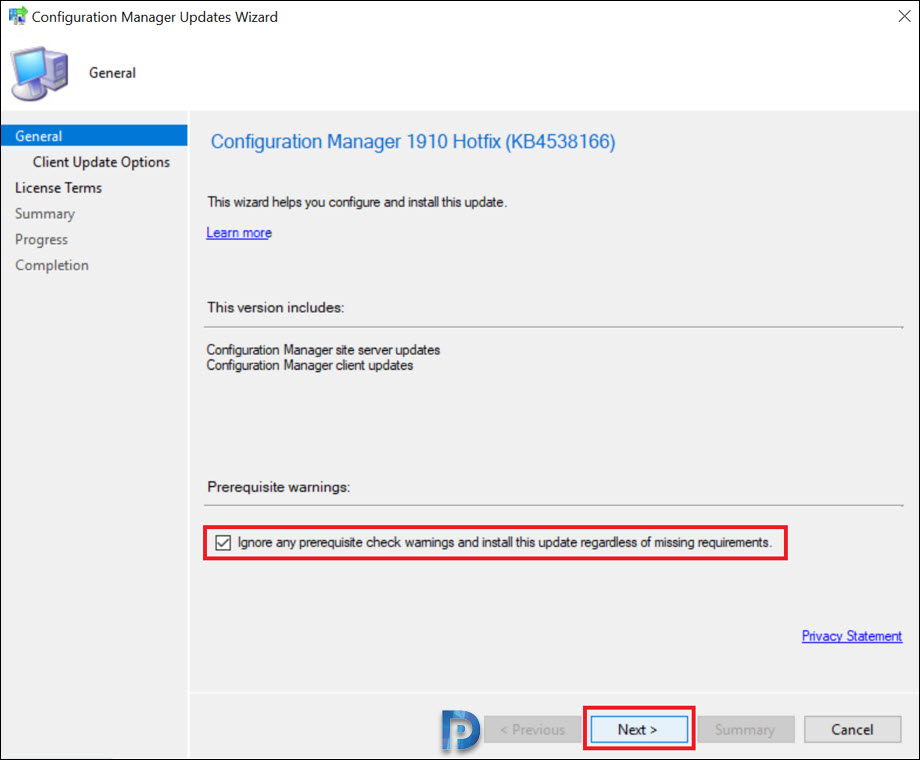 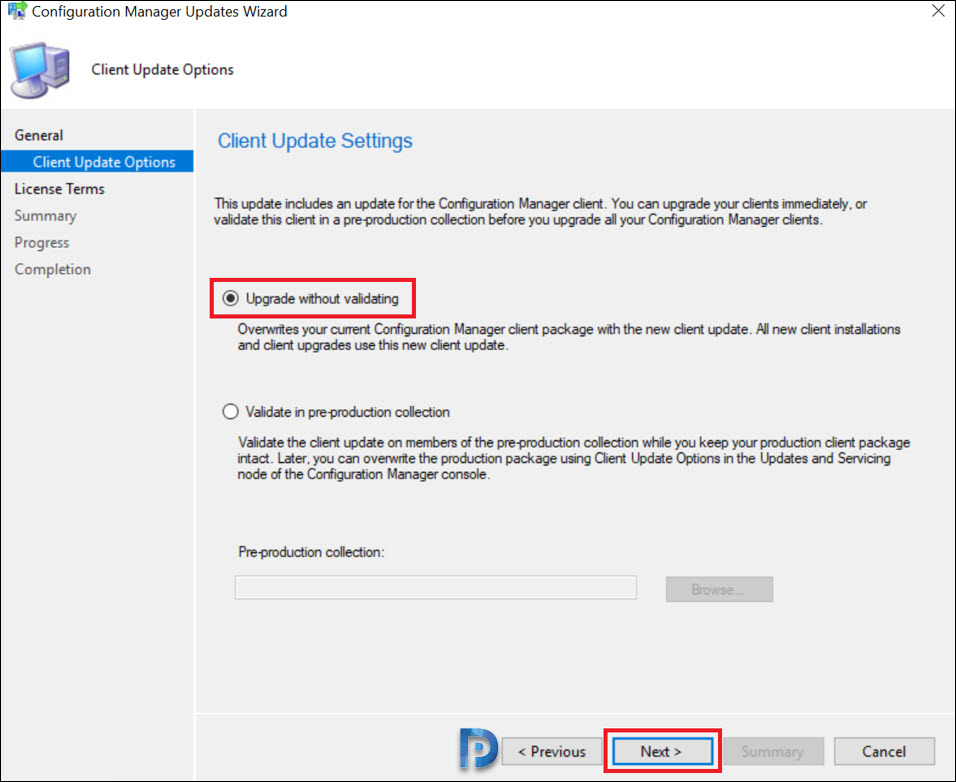 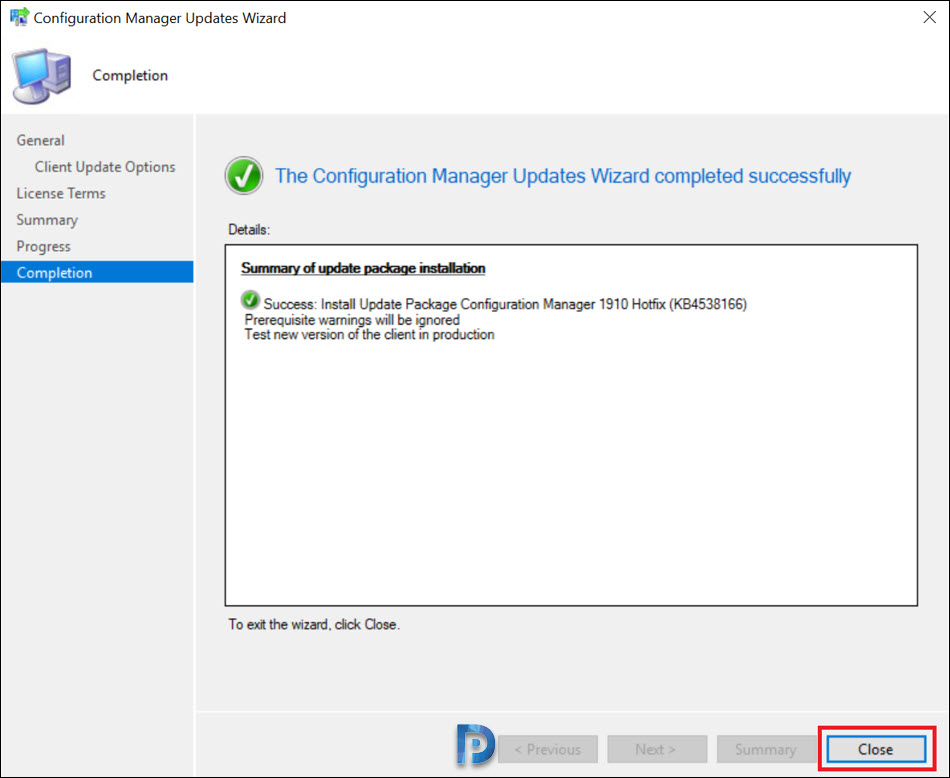 Open the CMUpdate.log file to monitor the update installation. 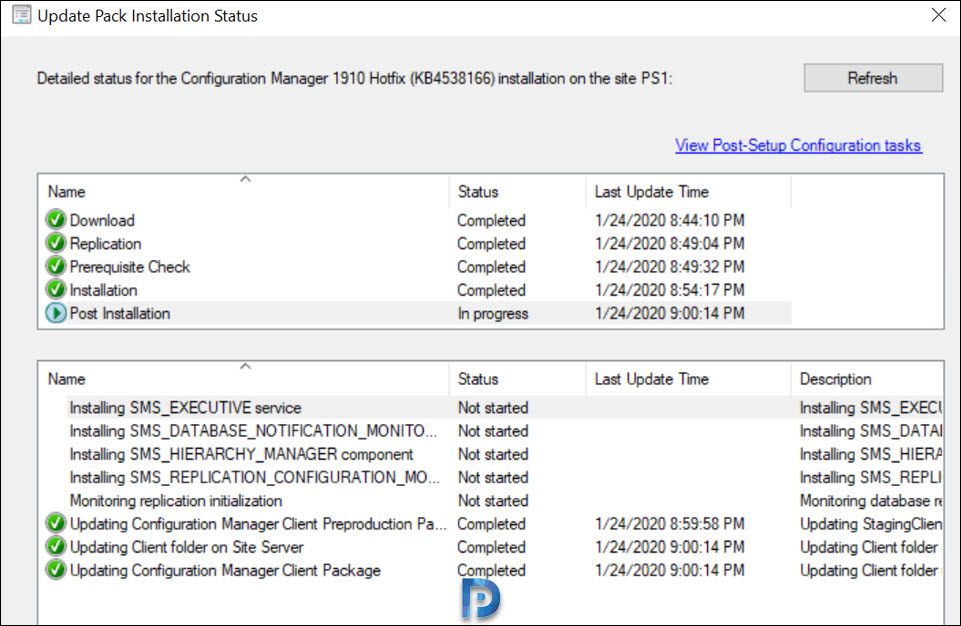