As per Microsoft “SCCM 1906 clients workloads (including device configuration and Windows Update policies) fail when Windows Information Protection policy settings are applied. This occurs for devices that are using Mobile Application Manager (MAM), but not enrolled in Intune Mobile Device Management (MDM).

The following message is logged in the CoManagementHandler.log – This device is enrolled to an unexpected vendor.

Most of all if you are currently running Configuration Manager 1906 and if you aren’t experiencing the above issue, you may skip installing this hotfix. You may skip this hotfix and install SCCM 1910 when it’s available.

You don’t have to restart the computer after you apply this hotfix. This hotfix replaces KB4527297: Synchronization with Microsoft Store for Business does not use proxy in Configuration Manager.

The hotfix KB4529827 is an out-of-band update, the update won’t appear in the console by default. Therefore you must first import the update and then install it via console.

First of all login to the computer that hosts the service connection point role. Launch the command prompt as administrator. Change the path to the folder that contains the hotfix. Run the command CM1906-KB4529827.ConfigMgr.Update.exe to start the update registration tool. 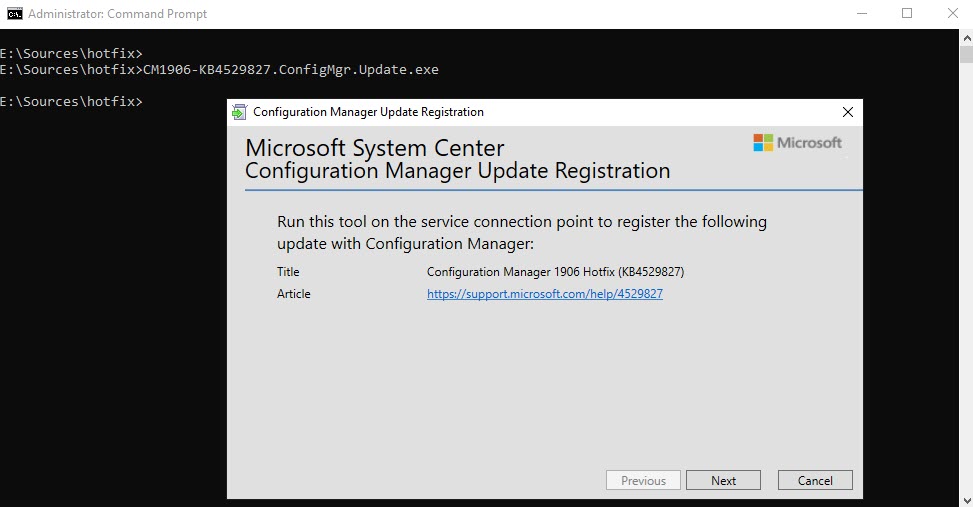 The update registration tool extracts the update package to site server. Click Exit. Wait for the update or hotfix KB4529827 to appear in SCCM console. 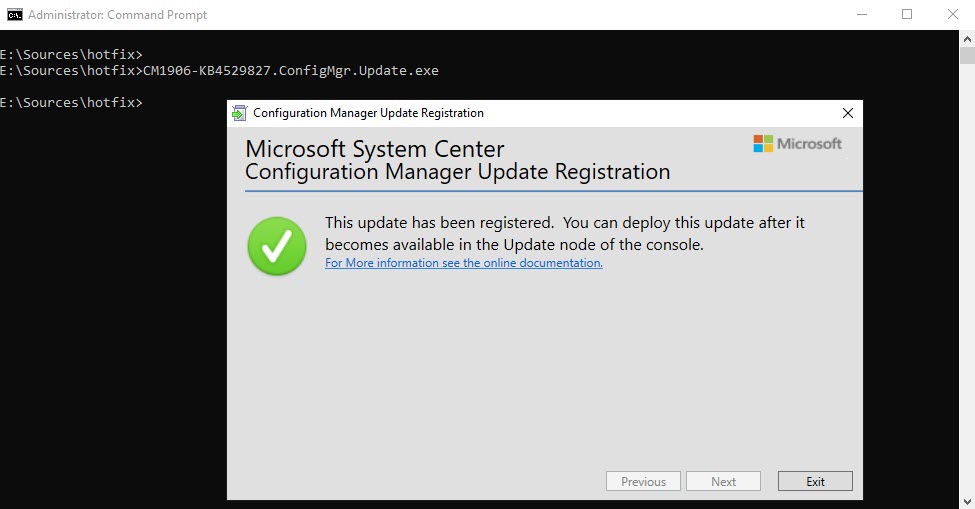 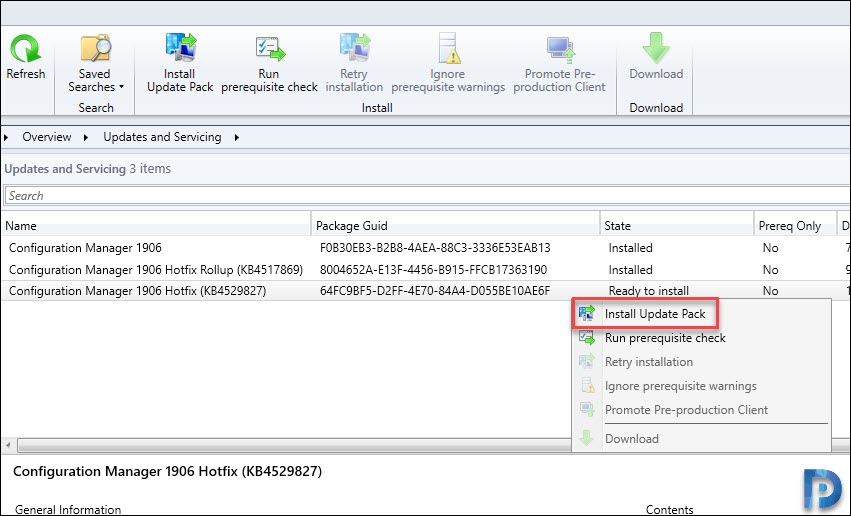 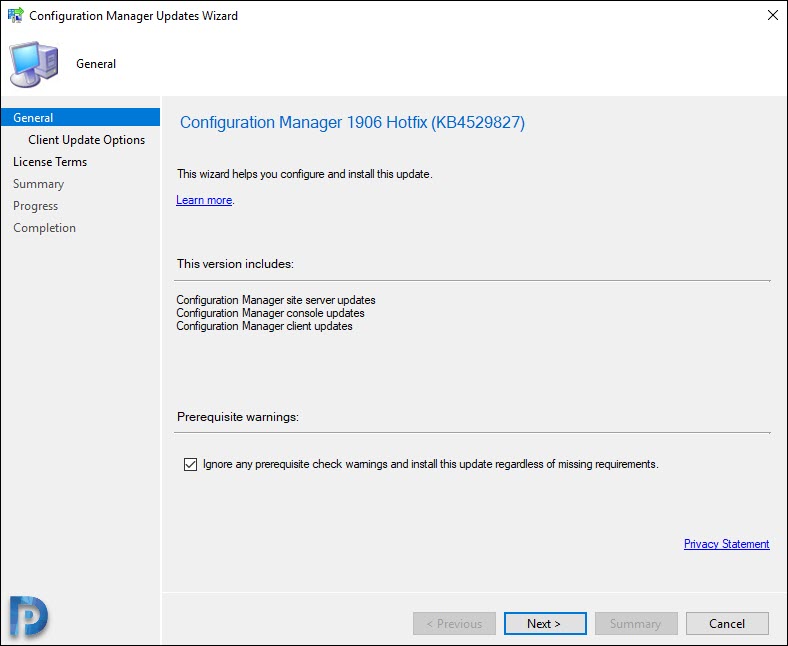 Since the hotfix includes console updates, the console upgrade window will appear at the end of hotfix installation. Click OK to upgrade the console. Your new console version after installing the hotfix will be 5.1906.1096.2200.

In my case the console update step didn’t work, so I have published a post that covers the fix for this issue – https://www.prajwaldesai.com/configuration-manager-console-update-fails/. 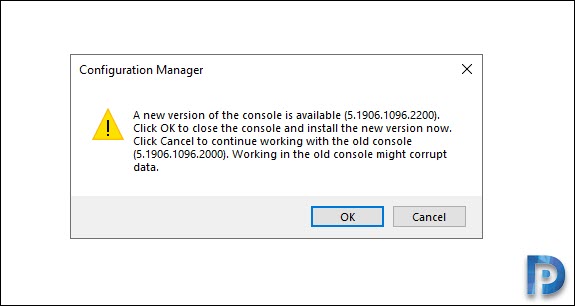 Finally you must upgrade the client agents because the hotfix contains client agent updates as well. To auto upgrade client agents, go Sites > Hierarchy Settings and click Client Upgrade tab. Check the box Upgrade all the clients in the hierarchy using production client. Set the number of days within which you want the clients to upgrade.