Note – As I mentioned earlier, the SCCM orchestration group is feature introduced with Technical Preview 1909 version. Probably you might see this feature in one of the current branch releases. Currently there are some orchestration groups known issues and I don’t think it is ready. I will cover that at the end of the post.

Let’s understand about orchestration groups with an example. Assume that you are a Configuration Manager admin and one of your task is to manages updates for your organization. You are responsible for deploying updates to all the servers and workstations.

You deploy updates to clients and servers that are part of separate device collections. Among servers let’s say there are six SQL servers. The SQL administrators want you to patch these six servers in a specific order. And before you patch the instructions are to manually stop specific services before installing updates, and then restart the services afterwards.

In the next step you create and deploy the software updates to the SQL server device collection. The SQL administrators run the deployment, and the orchestration group automates the order and services.

In addition to that above point, with an orchestration group you get the flexibility to update devices based on a percentage, a specific number, or an explicit order. This feature reminds me of Phased Deployments.

Create an Orchestration Group in SCCM 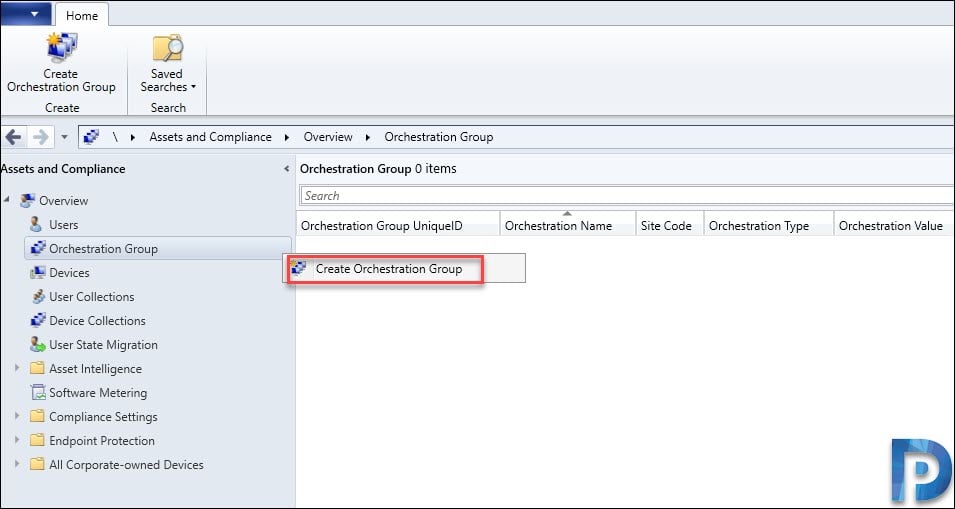 Specify a name for the orchestration group and click Next. 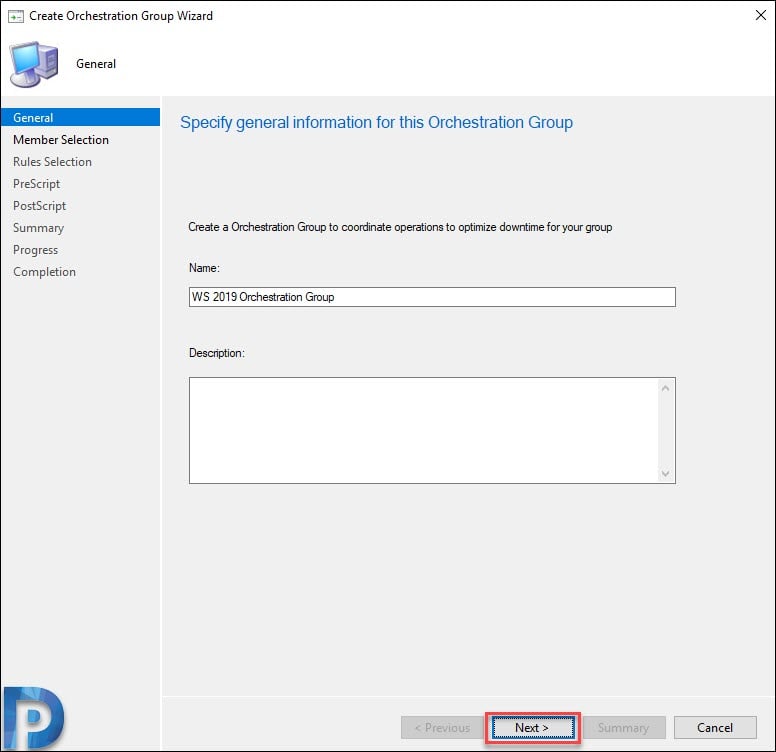 You must enter the site code. Click Browse to add the resources or members. 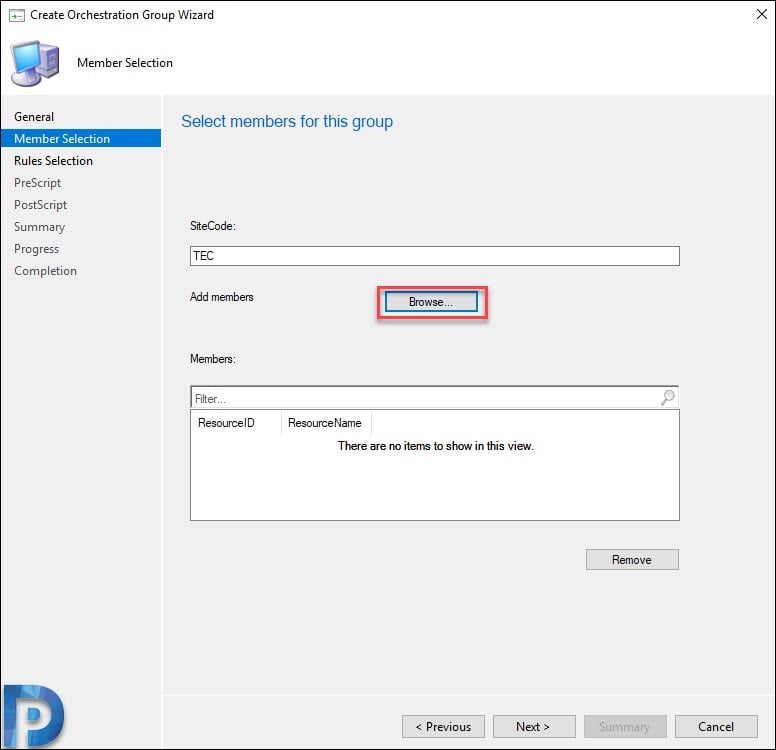 You got several options to discover you resources. You can use Name String, Resource Type and choose to search devices in a collection. Select and Add the resources to the Orchestration Group. 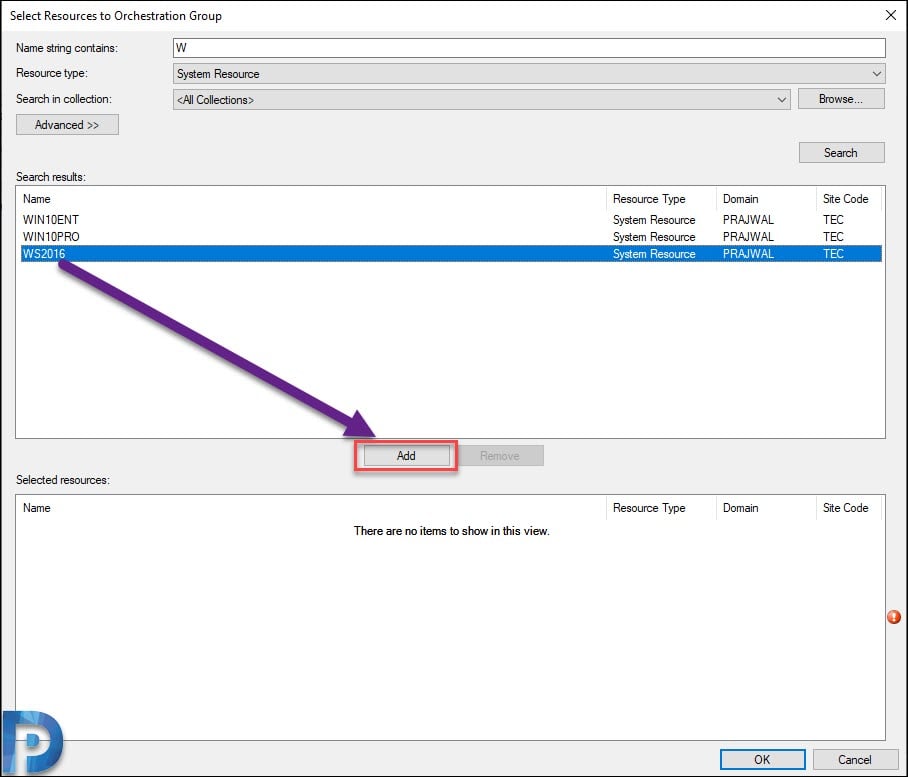 The resources that you add should be listed under Selected resources. Click OK. 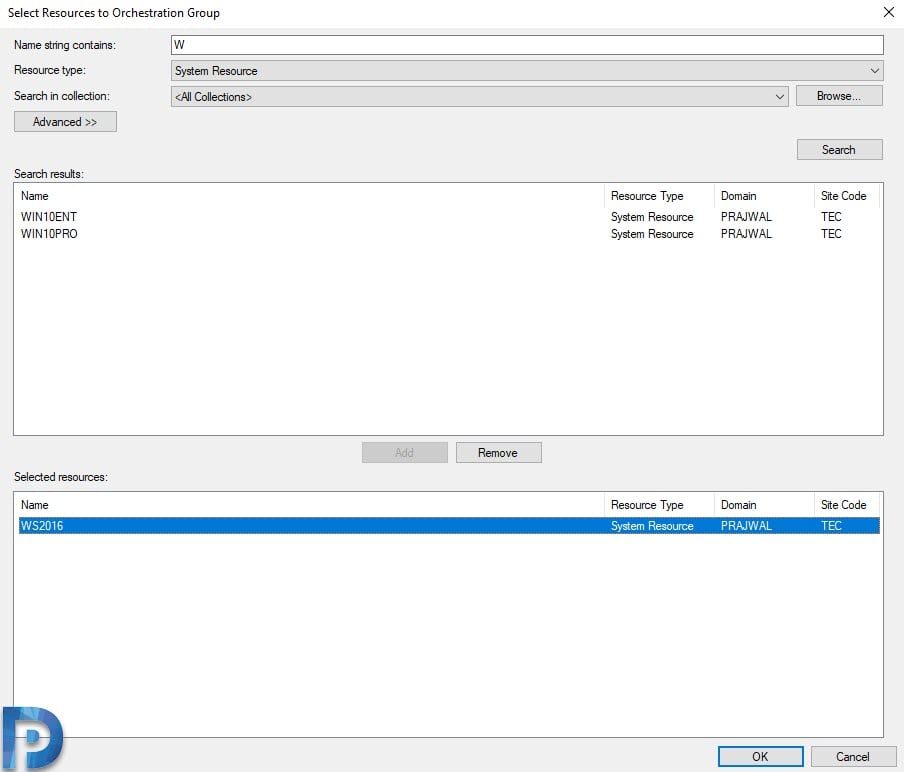 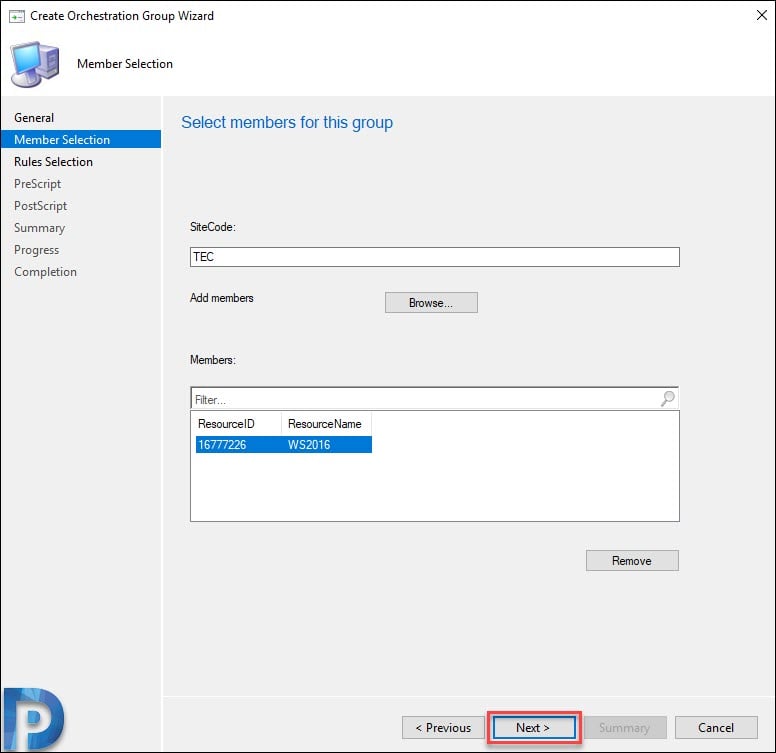 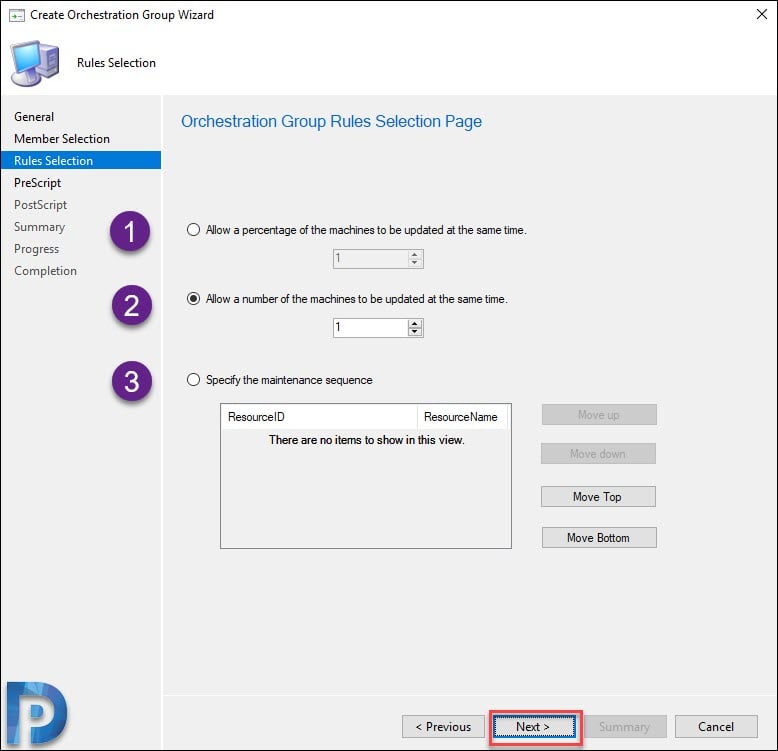 You can specify a PreScript (PowerShell script) to run on devices before you deploy updates to the group. In addition to that you can specify the script timeout in seconds. The script returns a value of 0 for success, or 3010 for success with restart. Click Next. 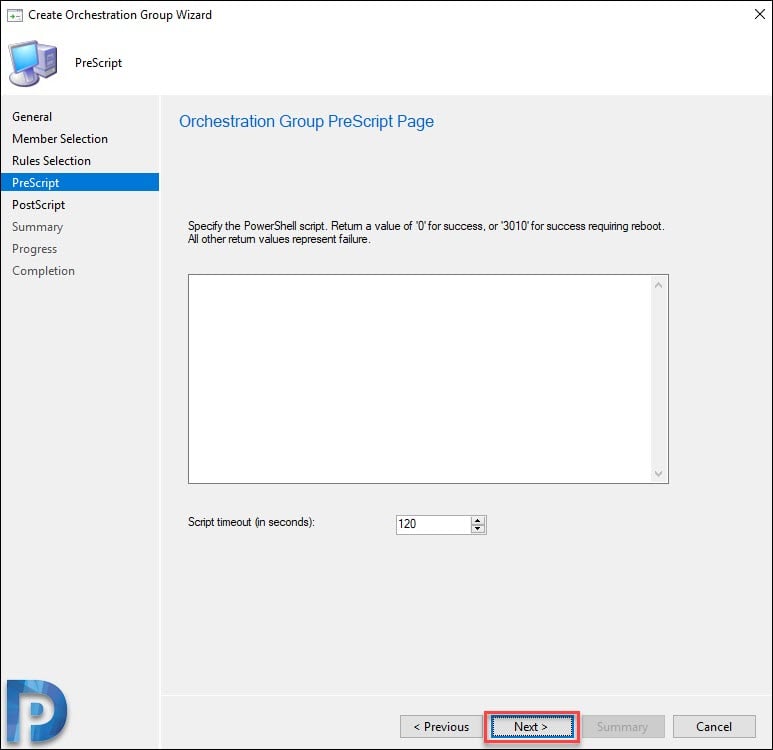 Define a PostScript (PowerShell Script) to run on devices after the deployment is complete. The script returns a value of 0 for success, or 3010 for success with restart. Click Next. 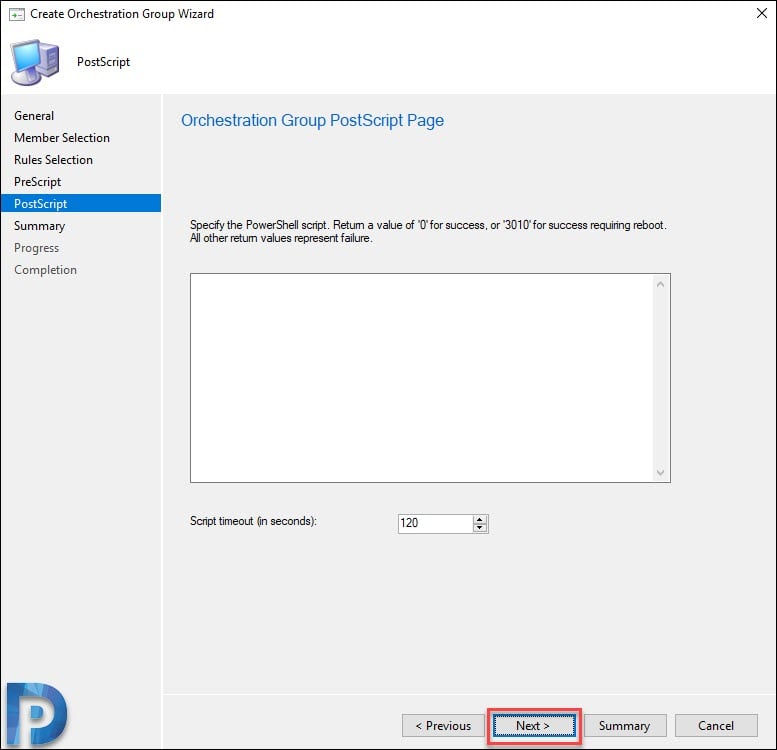 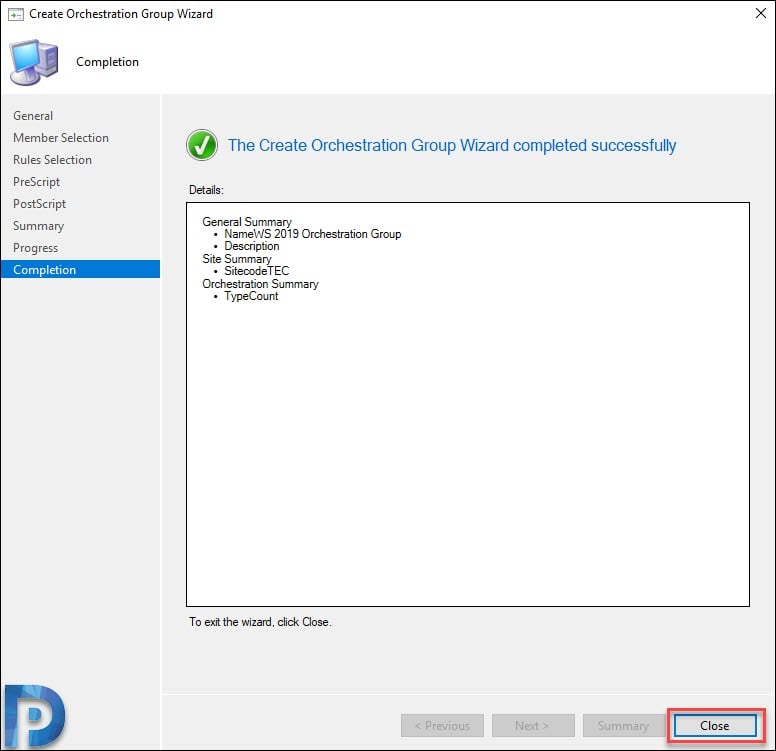 Under Orchestration group, you should find the new group that you just created. Right click on the group and you will see the following options. 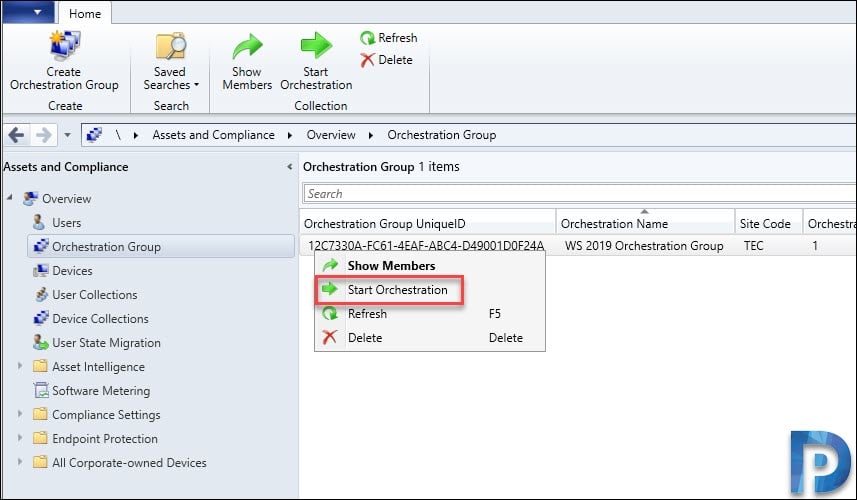 If you have created an orchestration group, you can open the below log files for troubleshooting.

In the beginning of this post I mentioned that orchestration groups feature is not ready yet. This is because there are lot of known issues or limitations and Microsoft needs to fix them.