To install Configuration Manager 1910, refer the Upgrade Guide. To know all the new features included in SCCM 1910, read this post.

Application Groups feature was first introduced in SCCM technical preview 1905. Using Application Groups, you can group applications and send it to a user or device collection as a single deployment. In addition to that you can order the apps in the group so that the client installs them in a specific order.

First of all let me tell you that in SCCM 1910, the application groups is a pre-release feature. You must first enable or turn on the feature to use it. Furthermore ensure you are using the latest version of client agents to test this feature.

In the SCCM console, navigate to Administration > Updates and Servicing > Features. Right click Application Groups and click Turn on. 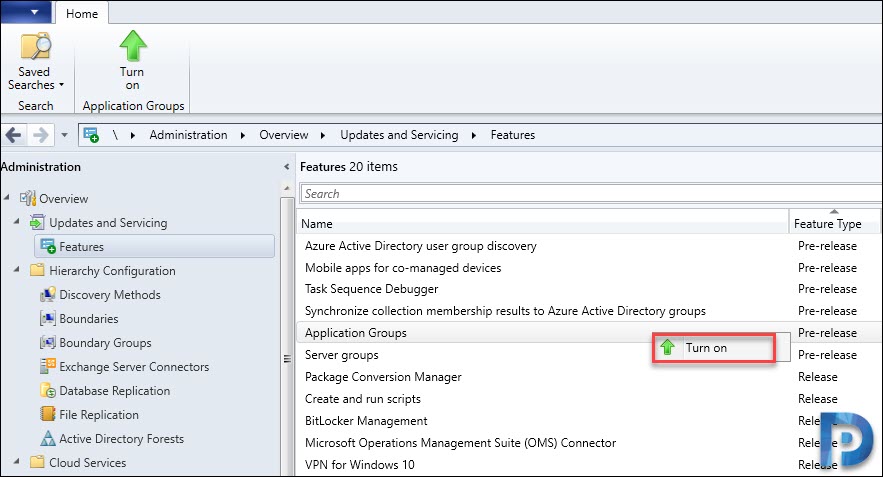 When the Application Groups feature was first added in SCCM 1906, there were some known issues or limitations.

Yes, you can now deploy an application group to a user collection. The feature to deploy app groups to user collection was added in SCCM technical preview 1910.

In the below example, the Test Application Group is deployed to “All IT Users” user collection. 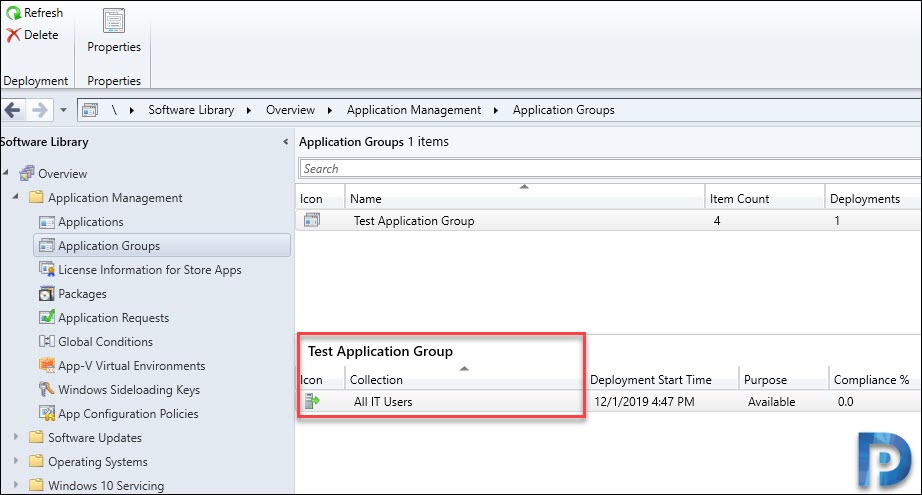 The second improvement is the users can Uninstall the application group from Software Center. So let’s test if this works well.

Open the Software Center and select the Application Group and click Uninstall. 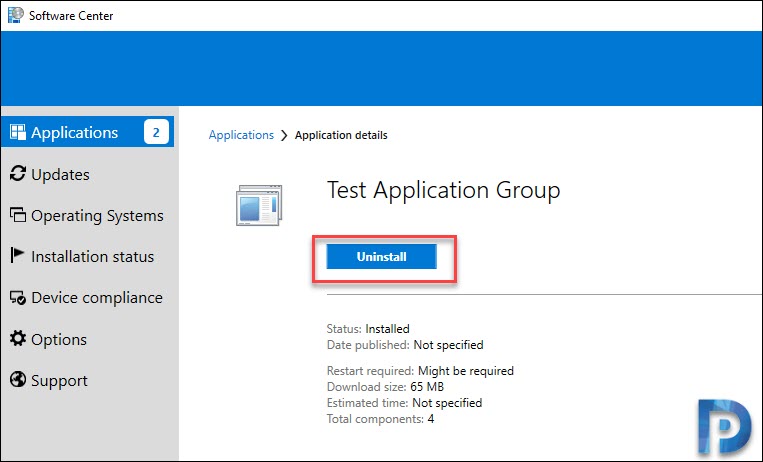 While the apps are being uninstalled, you can refer the below log files in case you get any errors.