To all the Windows Insiders, Microsoft has released Windows 10 Insider Preview Build 19023 (20H1) to Windows Insiders in the Fast ring. Read more about this announcement here.

If you don’t see the 19023.1 update, check your Windows Insider Settings to make sure you’re on the Fast ring. In addition to that update, I did see some driver updates. To install any new optional drivers, go to Settings > Windows Update > Optional Updates and manually download these drivers. 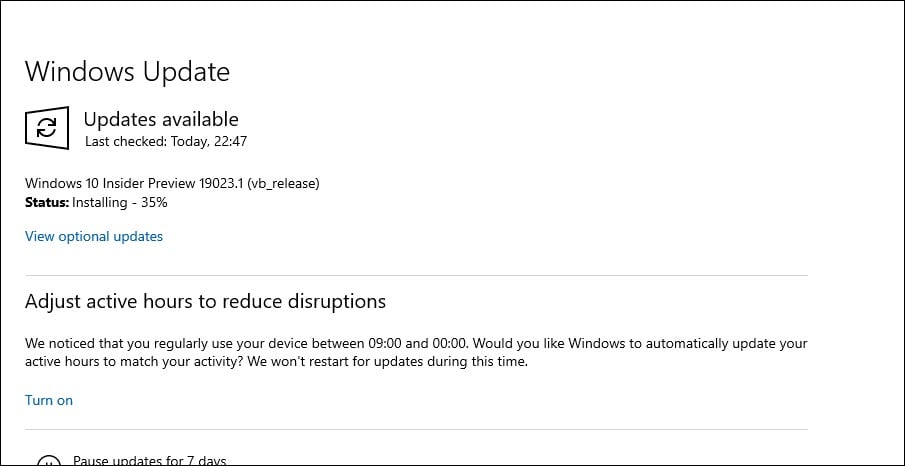 The Windows 10 Insider Preview 19023.1 release contains general changes, improvements, and fixes for PC. I will be listing some important changes added to this build. For a list of complete changes, click here.

As per Microsoft “Some Insiders are reporting that after successfully installing printer drivers from the Optional Updates section, the same driver is still showing as available for install. We’re looking into the issue“.

I have been experiencing the same issue as described above. Since last few days I have installed all the updates and even installed Cumulative Update KB4528630. Even after installing the driver updates, the same driver update appears under optional updates. Using the feedback hub I have sent the feedback with screenshots.

There is also an issue where certain fingerprint readers are no longer working as of Build 19013. For now Microsoft suggests to log in with a password instead.