In one of my post, I showed the steps to package and deploy Adobe FrameMaker using SCCM. While deploying Adobe FrameMaker I came across an issue where the deployments weren’t successful. This was bit strange because I had tested the deployment prior to making it available for users. In this post I will cover the issue which I faced during FrameMaker deployment and resolution as well. 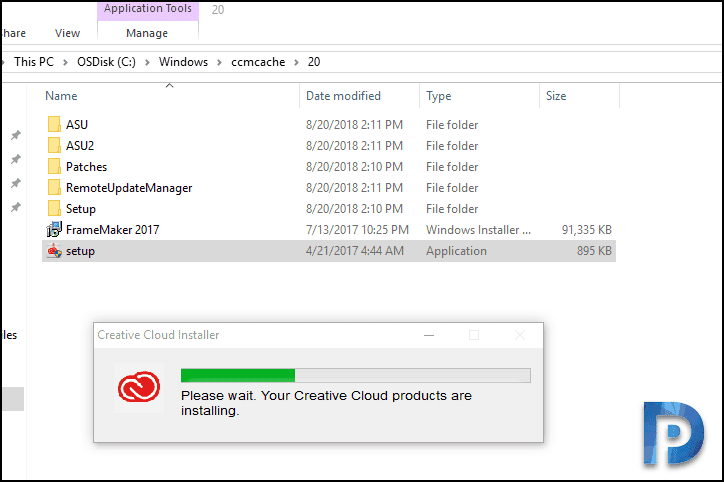 But ended up with error “Installation Failed. Please refer to PDApp.log for more information”.

When i opened the PDApp.log file, I could find repeated errors and warnings.

My initial assumption was that PDApp.log file could point me to some error code. The errors and warnings made no sense to me and I had to contact the Adobe support for further troubleshooting. The first thing that support asked me was to collect all the FrameMaker install log files using log collector tool. The log collector tool when run, collected all the log files, zipped it and the same was sent to Adobe support. That was enough to understand that those log files were important and I can get some hints from them. 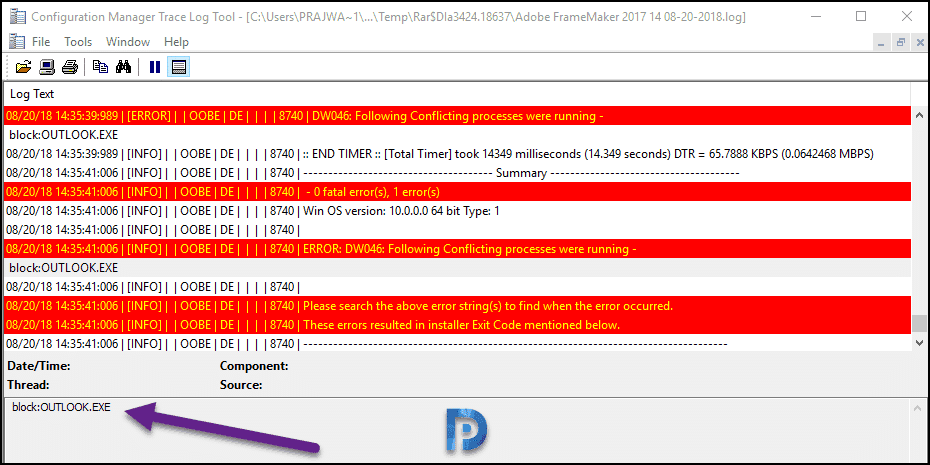