There is a new hotfix rollup KB4517869 released for SCCM 1906 and it replaces the previous updates – KB4515740 and KB4516430. This update applies both to customers who opted in through a PowerShell script and customers who installed the globally available release.

If you have not installed the above updates, you can install KB4517869 for SCCM 1906. First of all install this update on a primary site. After you do that, the pre-existing secondary sites must be manually updated.

The hotfix includes updates for site server, console and client agent. Since I am installing this on my lab setup, I am ignoring the prerequisite check warnings. Click Next. 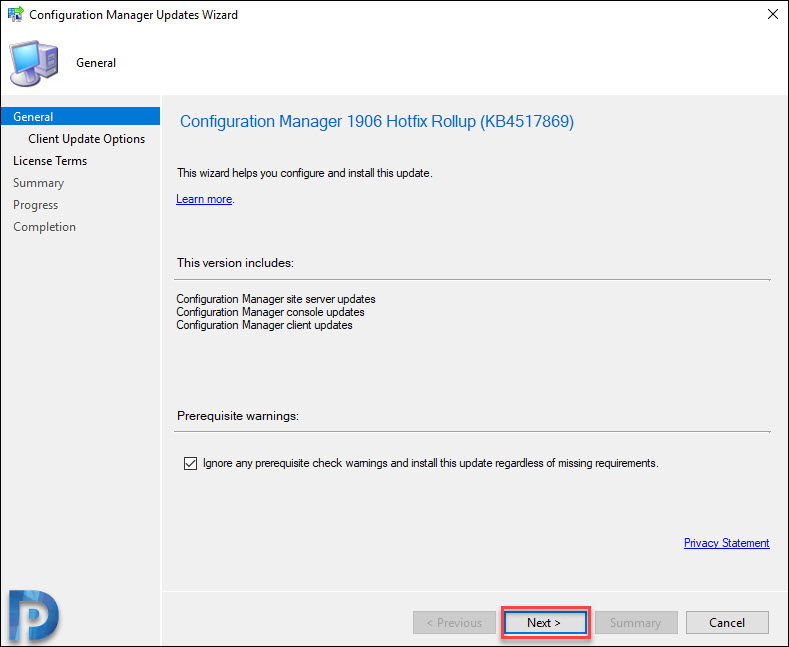 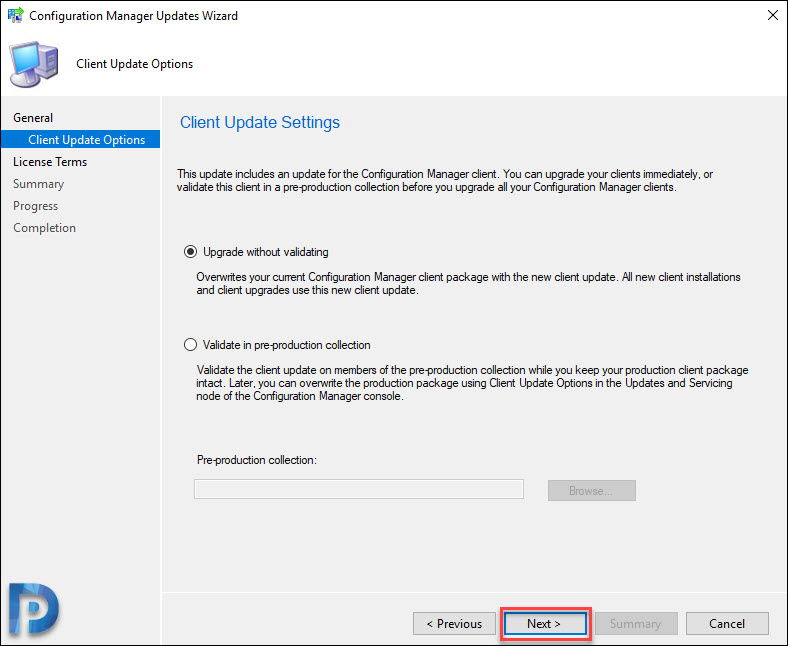 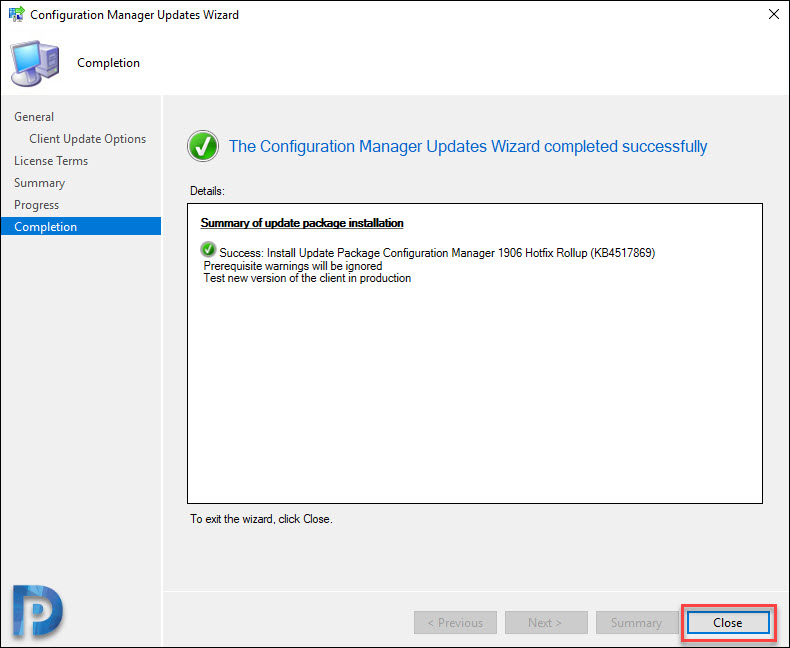 Hi, I am Prajwal Desai. For last few years I have been working on multiple technologies such as SCCM / Configuration Manager, Azure, Security, Exchange server etc. I created this site so that I can share valuable information with everyone.

Hi Prajwal,i just installed SCCM 1906 Hotfix Rollup KB4517869.
After successfully installing, now users are unable to see apps in software center. Apps(available deployment)that are deployed to All users collection. But apps deployed to machine collection is fine.
Any idea if the upgrade caused this?
And any advise what i can check to find out what is causing this?
Thanks!

are you all right? I have problems downloading kb4517869, do not download and also give me no errors, I verified that you have a solution of [], correcting by DB, can you pass me please?

This hotfix rollup will not download. When I go to Updates and Servicing, it shows up and has a status of “Available to download”. It never changes. I had successfully updated from 1902 to 1906 3 days ago. The subsequent check pulled in the hotfix, but it will not download. If I click on “Download” (all other options are grayed out), it says either Checking for updates or Still checking for updates. I tried the reset tool and the update disappeared, came back on next check, but no change in status – still won’t download. I let it sit for… Read more »

We are experiencing the same issue. Upgraded from 1902 to 1906 this weekend, but when we wanted to apply the Hotfix it never downloaded. Also tried the reset tool, tried removing the DB object and restart SMS_EXECUTE, still nothing.

I’d appreciate getting any help proceeding with this.

Same issue and did the same things as Patrick Sporny wrote

Were you able to figure it out?

Open SQL Mgmt Studio and run below
EXEC spAddPackageToDownload ‘PACKAGEGUIDHERE’ (You can get this from the Updates and Service Node > Package Guid Column
Restart smsexec and watch DMPDownloader.log for progress.

Issue resolved;
— Enable the SQL Broker on the Site database

— SET the Site Database as trustworthy

— SET the Database to honor the HONOR_BROKER_PRIORITY

After installing hotfix KB4517869, I am getting “insufficient permissions for software installation in software center, users are able to install any softwares and windows updates. please help me

read it as : users are not able to install any softwares and windows updates. please help me

Thanks for the great guide, just finished my update!

I do not see anything like an error in dmpdownloader.log

Hi I have prereq failed …. there is no error in cmupdate.log.
in update is this

[Failed]:Checks if the specified SQL Server meets the minimum requirements for site upgrade.

Hello Prajwal, I can’t update, the error in the installation is “[Failed]:Unloading WMI provider. Check cmupdate.log for details.”

What is the error that you see in cmupdate.log ?.