What are Cumulative Updates for Configuration Manager ?

What if I have not applied any CU till now ?

If you have not applied CU1 or CU2 yet on your SCCM 2012 R2,you can install CU3 directly without any issues.

After installing this hotfix, do i need to restart my SCCM servers ?

You do not have to restart your SCCM servers after you apply this update.

How to verify whether the hotfix is installed ?

This cumulative update changes the following Configuration Manager version numbers and installation properties. For Site Systems The CULevel value is located under the following registry subkey: HKEY_LOCAL_MACHINESOFTWAREMicrosoftSMSSetup. The CULevel value is set to 3 for Cumulative Update 3. Administrator Console – The version that is displayed in the About System Center Configuration Manager dialog box is 5.0.7958.1401. Client – The version that is displayed on the General tab of the Configuration Manager Control Panel item or the Client Version field of device properties in the Administrator Console is 5.00.7958.1401.

To know more about this hotfix, you can click on the below buttons.

Installing the CU3 is pretty easy. Before you install the CU3 hotfix, I recommend that you close the Configuration Manager Administrator Console. I will be applying this hotfix on my SCCM 2012 R2 server running in my lab setup. As mentioned earlier If you have not applied CU1 or CU2 yet on your SCCM 2012 R2 till now, you can install CU3 without any issues. Before we install the hotfix let’s check the version that is displayed in the About System Center Configuration Manager dialog box.

Do make a note of SCCM 2012 R2 version before you install the hotfix. Close the Configuration Manager console and install CM12-R2CU3-KB2994331-X64-ENU. 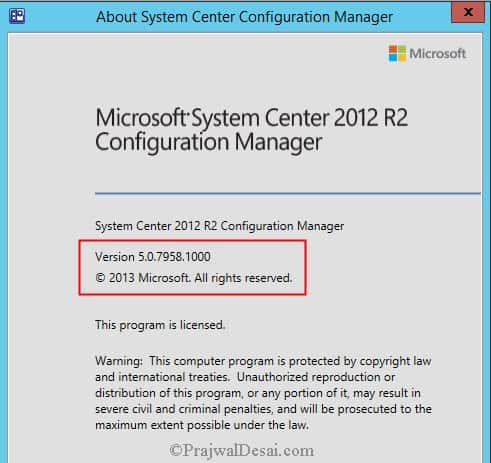 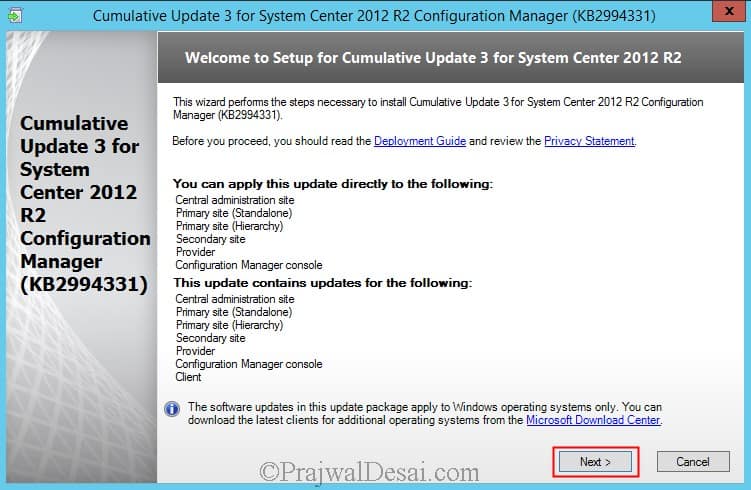 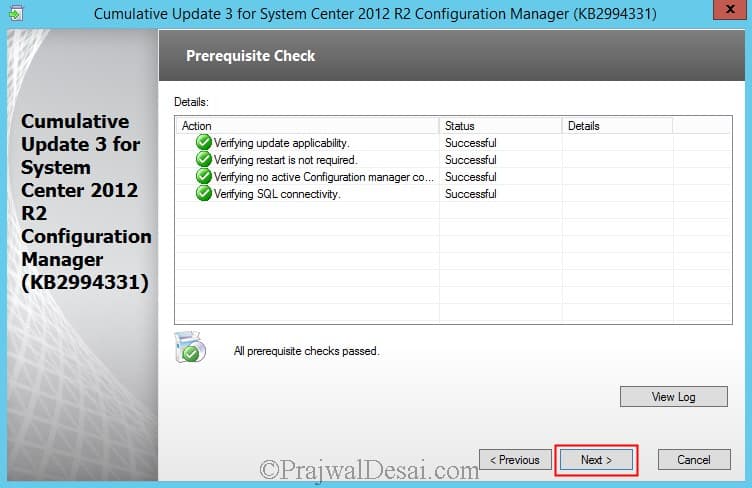 This hotfix also installs the update for CM console, click Next. 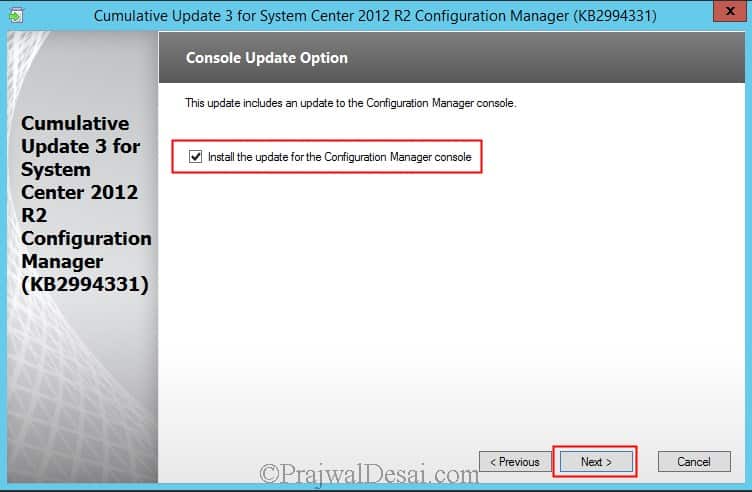 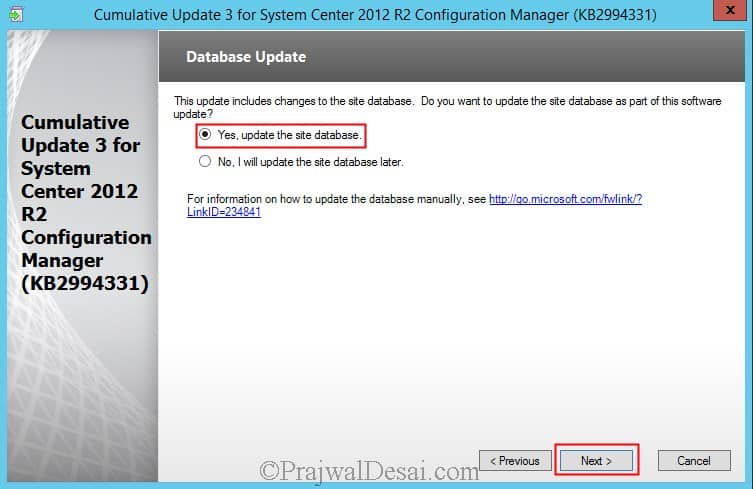 We will include all the CM packages here, click Next. 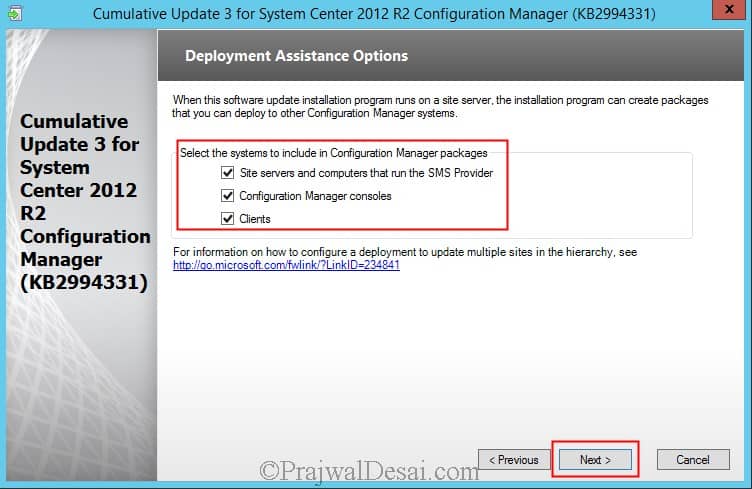 For each update the details are shown. Click Next. 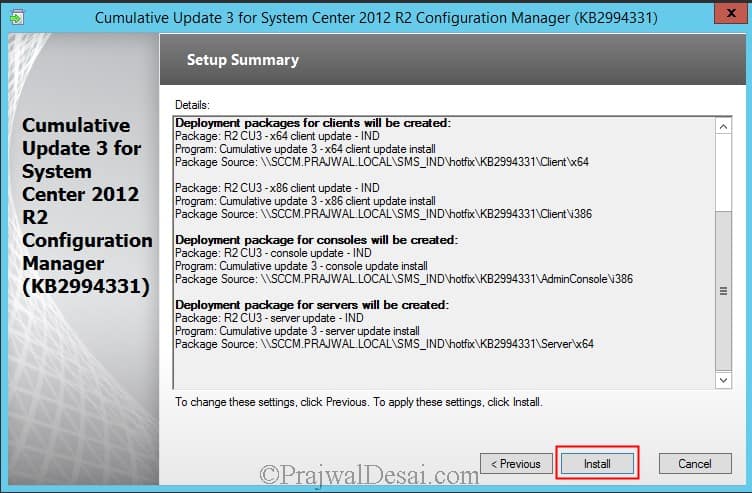 The installation of hotfix should take close to 2-3 minutes. Click on Next. 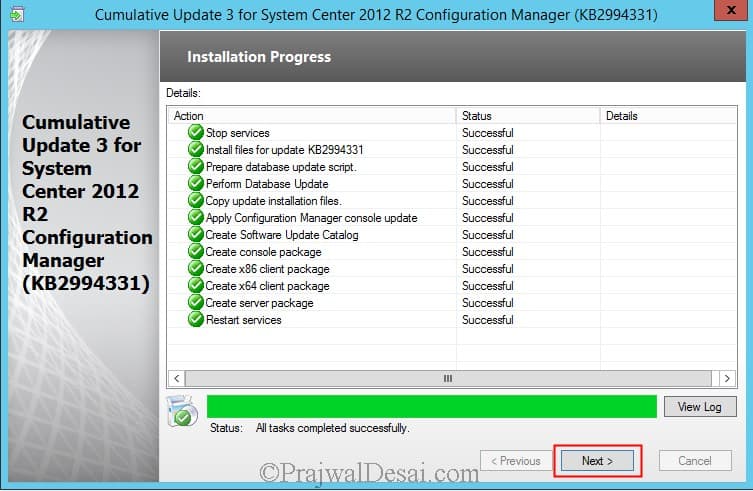 The installation is complete. The hotfix has been installed successfully. Click Finish. 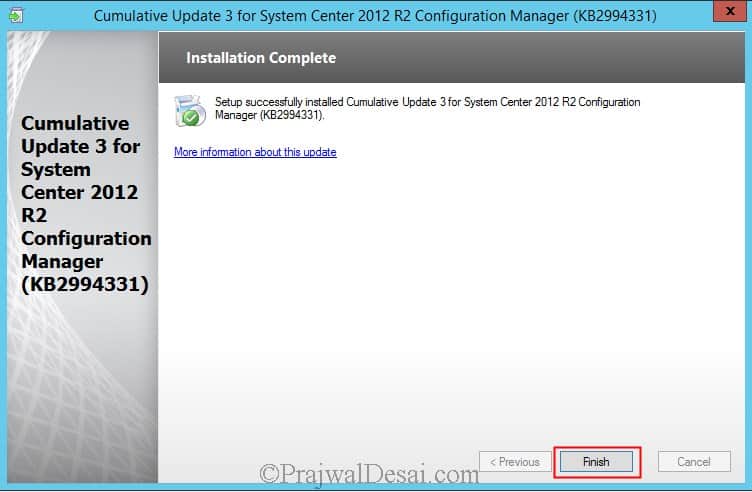 You can view the progress of the installation by opening the log file located under C:WindowsTempCM12-R2CU3-KB2994331-X64-ENU.log. 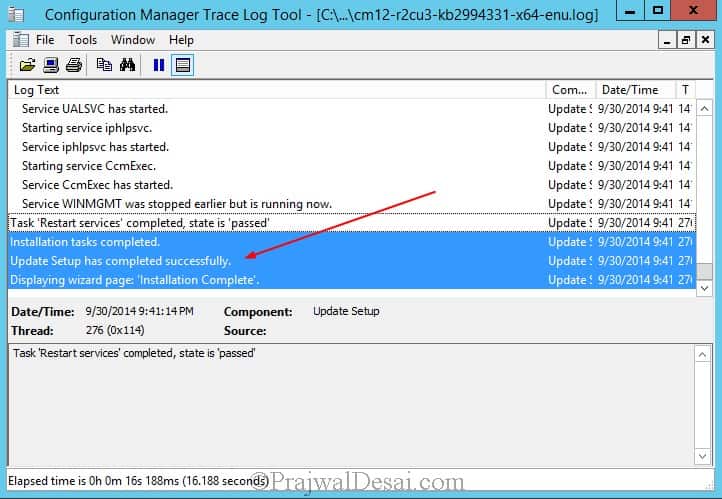 After the hotfix is installed you can launch the CM console and check the version. The version that is displayed in the About System Center Configuration Manager dialog box is 5.0.7958.1401. 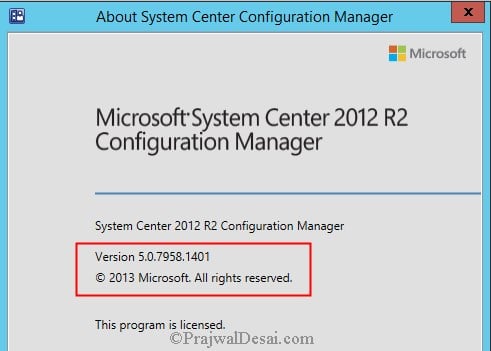 Further, if you navigate to registry path HKEY_LOCAL_MACHINESOFTWAREMicrosoftSMSSetup you will see CULevel value is set to 3 for Cumulative Update 3. This verifies that the hotfix has been installed successfully.