Not all but only few features of tech preview versions make it to current branch. However with tech preview builds you get a chance to try out these features.

Therefore do not install tech preview builds in production. They are meant to install in lab setup where you can test new features. Here is a post that lists all the SCCM technical preview versions.

If you are planning to install ConfigMgr Technical Preview 1905 in your lab, you must first install a baseline version. The latest available technical preview baseline version is 1902. You can download tech preview branch version 1902 here.

In this release you get more control over WSUS maintenance tasks. Under SUP component properties > WSUS Maintenance, a new option has been added. Remove obsolete updates from the WSUS database.

The WSUS maintenance occurs after every synchronization. 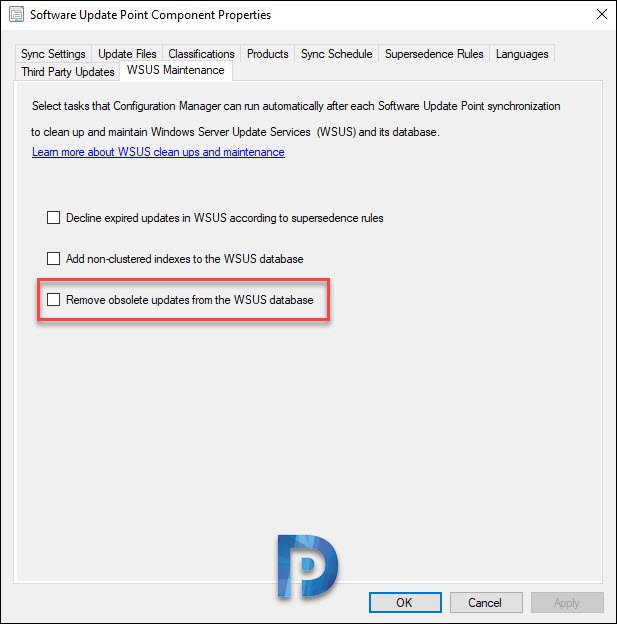 In the Assets and Compliance workspace, go to the Devices node, and select a device. In the details pane, switch to the new Collections tab. This tab lists the collections that include this device. 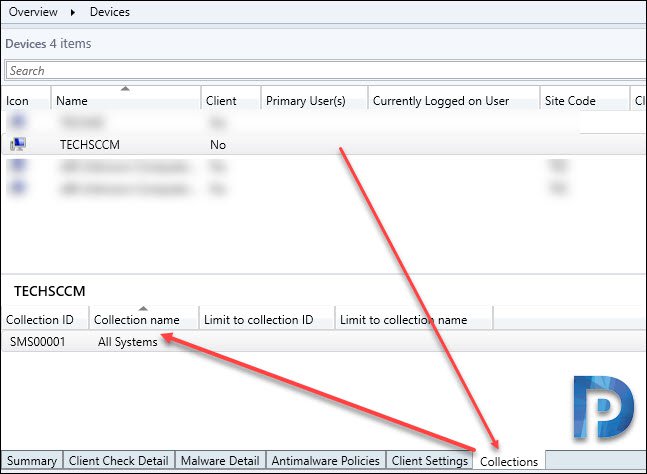 In addition to the above feature, you have got task sequences tab in applications node. Go to Software Library > Application Management > Applications. Select any application and at bottom pane click Task Sequences. 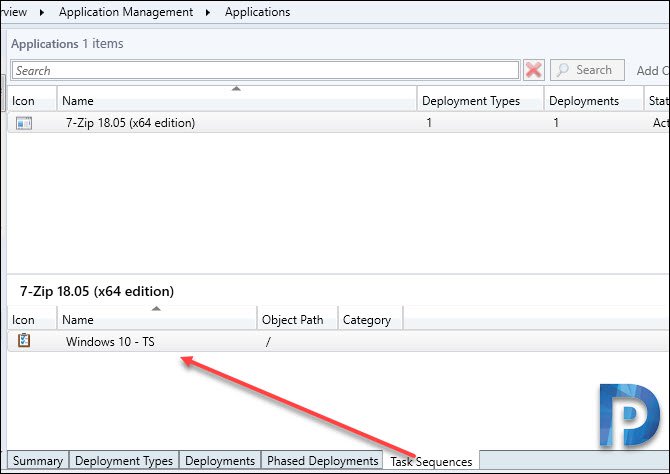 Another useful feature that you will find is multi-select and delete packages. You can select more than one package and delete them with single click. 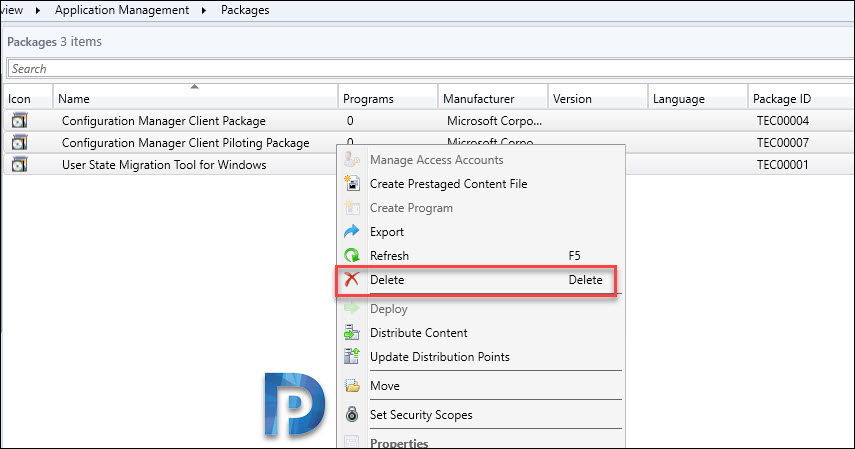 Some other console improvements include:-

Feature updates – An update that is in one of these three classifications:

This is an amazing feature. Using SCCM application groups feature, you can create a group of applications that you can send to a user or device collection as a single deployment.

You can add the apps in the group so that the client installs them in a specific order. You can either move it down or up to change the installation order.

Most of all this feature has some known issues. But you can try this feature in your lab. For example the deployment of an app group doesn’t show in the Deployments node of the Monitoring workspace. 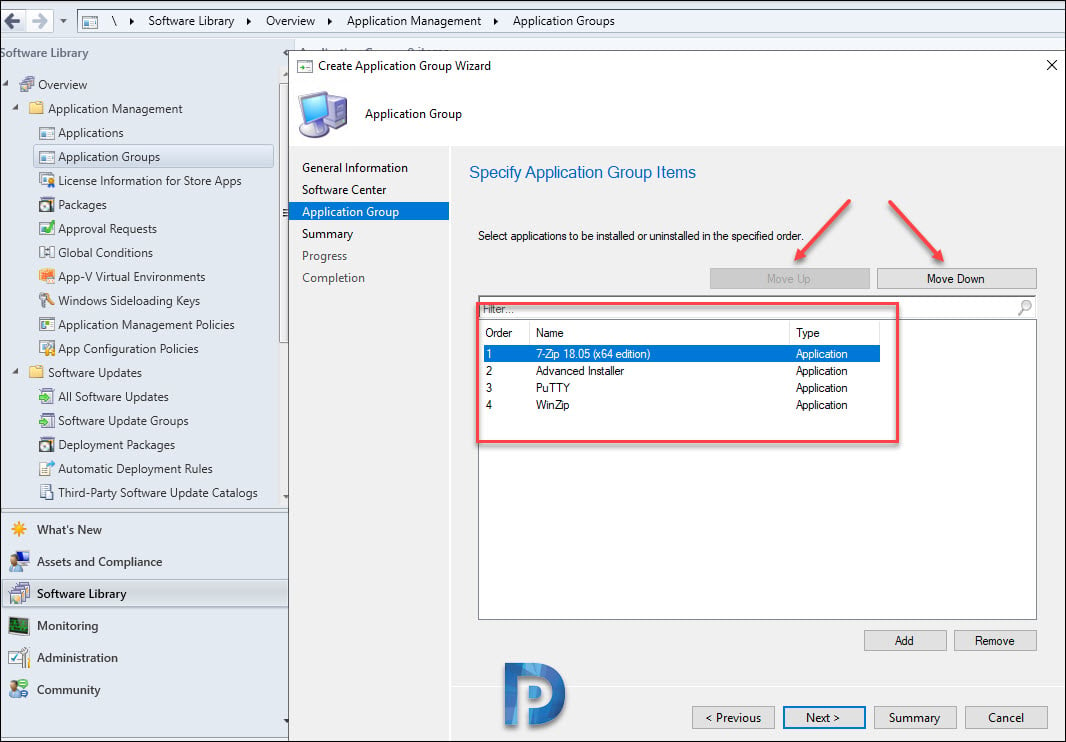 You can select Task Sequence as deployment type while creating application. Add a deployment type to an app that’s a task sequence, either to install or uninstall the app.

This feature provides the following behaviors: 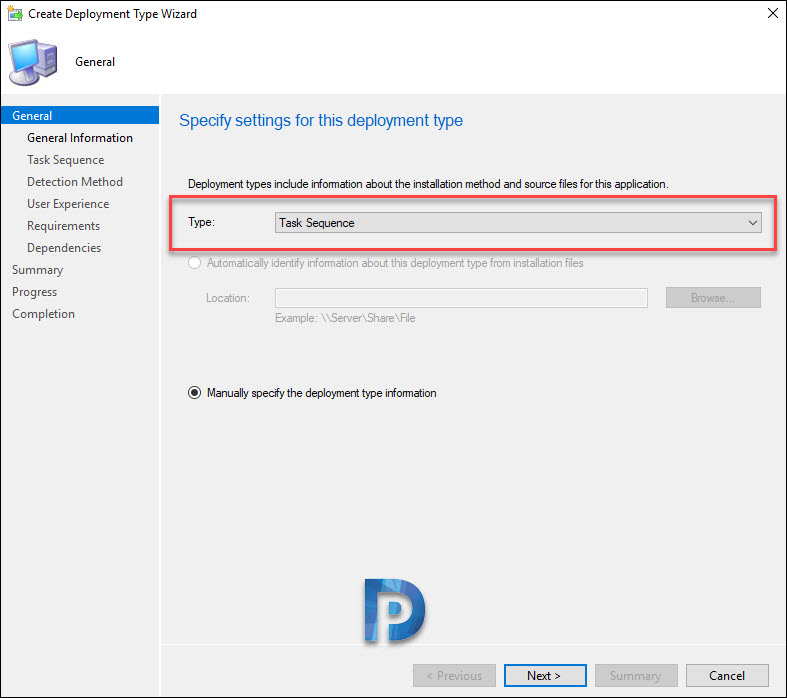 You can now use Configuration Manager to install and manage the Microsoft BitLocker Administration and Monitoring (MBAM) client. For more info click this link. 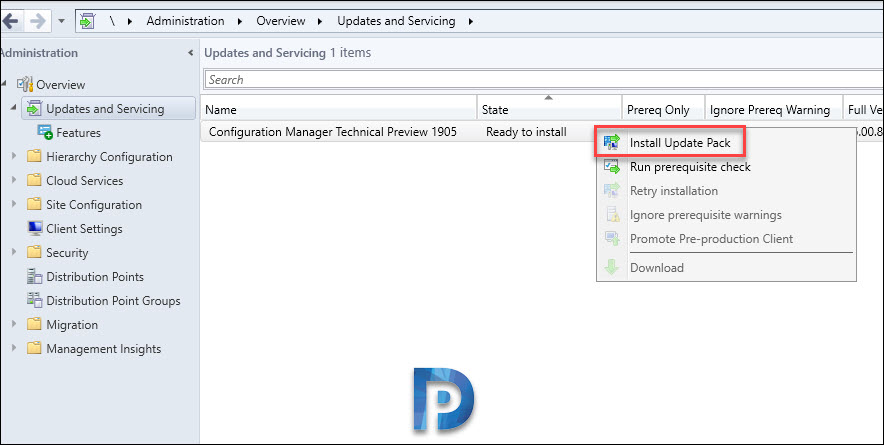 In my lab setup, I did not encounter any issues while installing the ConfigMgr technical preview 1905. 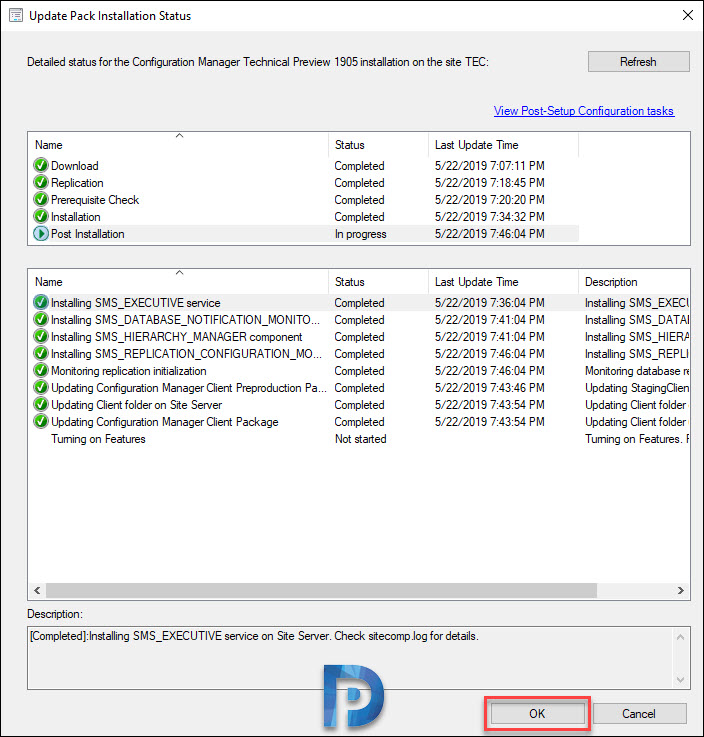 The update installation was successful. Checking the About Configuration Manager shows. 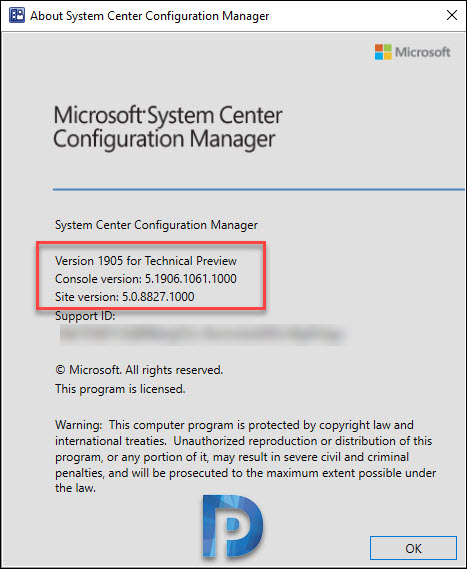