The below example shows a site with a primary site server (DP as well) and 3 distribution points. Speed from Primary site server to DP1 is good. While the speed between primary and DP2 and DP3 is not that good. 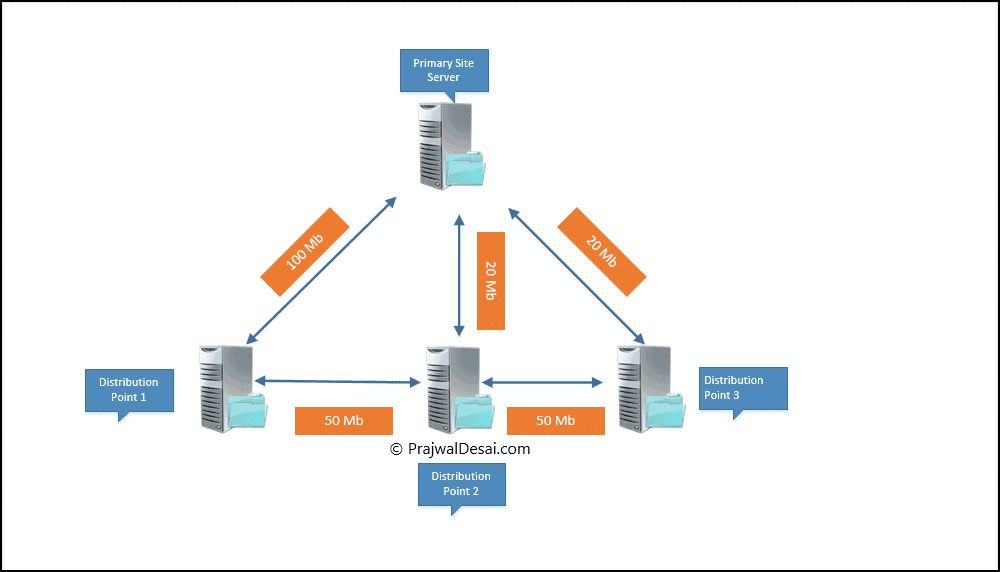 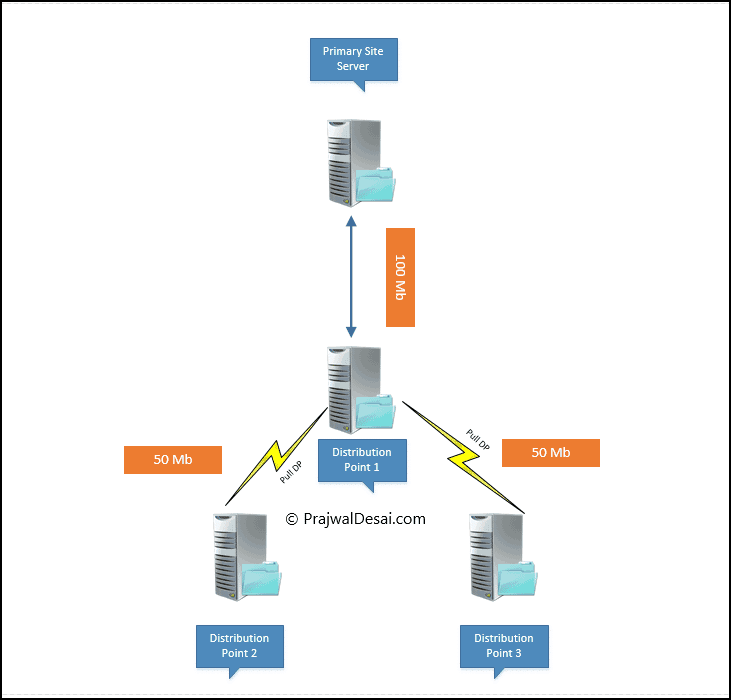 The limits for retry and status polling settings are available under software distribution component properties.

Number of retries – 30 retries. Example – Retry for 30 times to see if the distributed content is available on source DP. 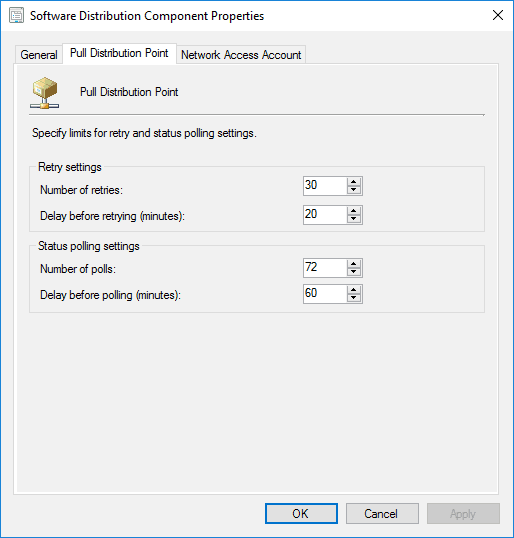