While working on SCCM 1810, I noticed a new hotfix KB4490434 appeared in the console. You might probably want to know what this hotfix contains before you install it. This hotfix addresses the issue where duplicate user discovery columns created after installing SCCM 1810. More information about this hotfix is documented here.

As per Microsoft, after current branch is updated to version 1810, multiple duplicate columns may be created in the user discovery data table (User_DISC). If there are duplicate columns created, the features that rely on Active Directory User Discovery data may return incorrect results. For example, collection or query results or user-targeted software deployments.

Needless to say the KB4490434 is applicable only to SCCM 1810. Furthermore this issue is seen when additional attributes are collected by user discovery method. In my lab setup, I haven’t seen the duplicate user discovery columns issue yet. But at least to prevent this issue from occurring, I decided to install this update.

One question that comes up is should I install the KB4490434 hotfix ?. – It is not mandatory to install this hotfix. You may skip this update if you don’t see the issue (the one described above) in your setup. Now that you know what this hotfix contains, let’s check if this issue exists in your setup. You may want to connect to the SCCM database and look over User_DISC table to find any duplicate columns. Or probably run the below script to verify if this issue exists.

Before installing KB4490434, Microsoft advises you to run this script. This is a SCCM duplicate user discovery columns detection script. Running this query against your SCCM DB will tell you if the issue exists in your setup. If it returns any records, then go ahead and install the SCCM 1810 hotfix KB4490434. In my setup, the query returned no records. 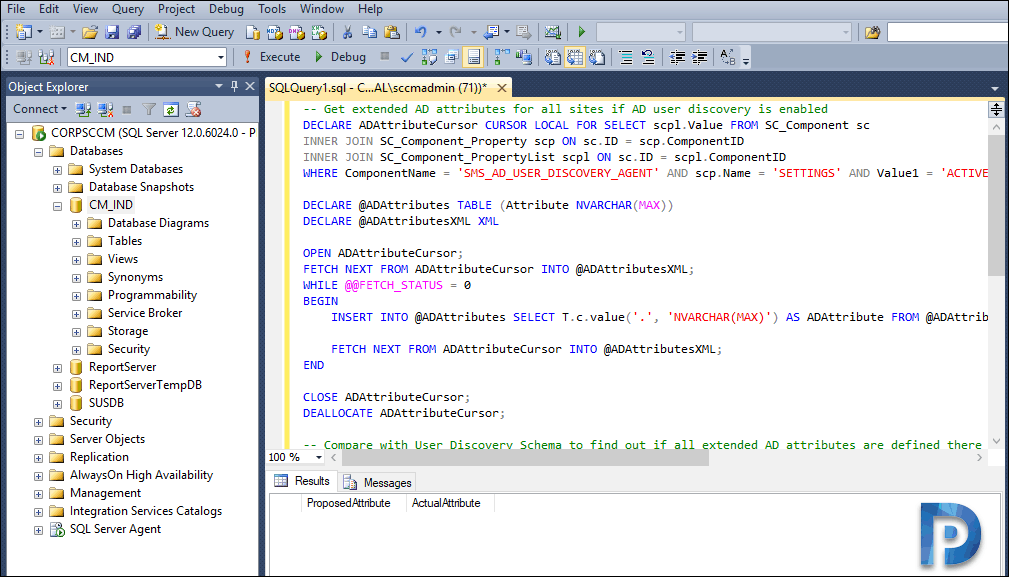 Since I am installing ConfigMgr 1810 hotfix in my lab setup, I am going to select ignore any prerequisite check warnings. Click Next.

Complete the next steps and on Completion page, click Close.

Go to Monitoring node and click Updates and Servicing Status. Right click Configuration Manager 1810 hotfix (KB4490434) and click Show Status. Wait for all the steps to show completed. Close the console and re-open it. 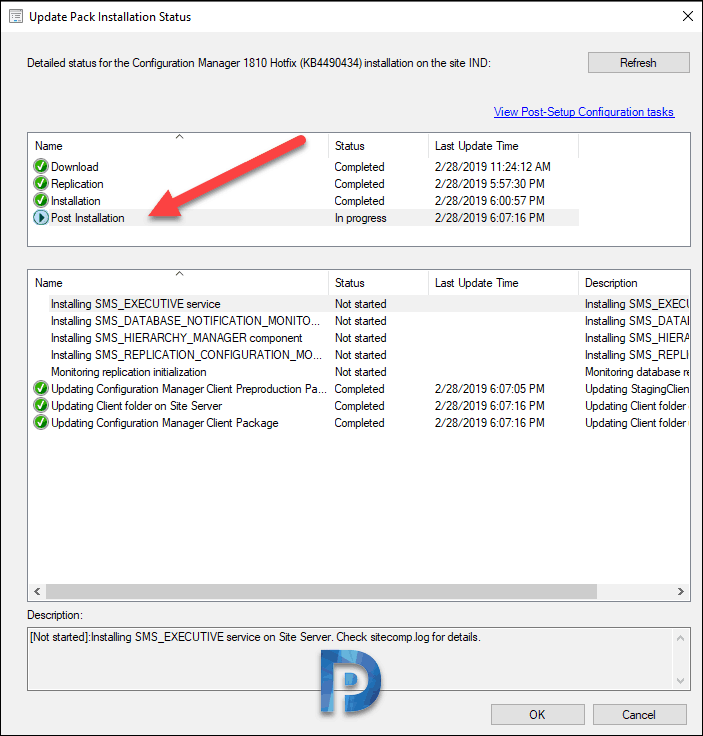 The hotfix KB4490434 installation is successful. Prior to installing this hotfix, if the above query had returned any records, you may want to run the query again and check if no records are returned.

Prajwal Desai is a 8 time Microsoft MVP in Enterprise Mobility. With more than 12 years of content writing experience behind him, it's one of his favorite activities. His goal is to write comprehensive posts and guides, always aiming to help people with essential information.