In this post we will be looking at Microsoft Teams deployment using SCCM. An year ago, I had published a post on deploying Microsoft teams using SCCM. At that time the Microsoft Teams installers were released as executable files. Which means there were no MSI installers for teams. While the steps mentioned in that post are still relevant for deployment, I was waiting for MSI installers. It is worth checking out the hardware and software requirements for Teams app before you deploy.

I prefer msi installers overs executable as SCCM can read info out of msi file. In addition to that, SCCM can pick up install, uninstall commands and detection method as well. But the good news is that for Microsoft Teams deployment using SCCM, MSI installers are available for download. You can read about that in this post. I wanted to test how the deployment works when using MSI installers. One change that I noticed is the way the teams app is deployed. With executable installer, you had to deploy the teams to users and not devices. With msi installers, you can now deploy Microsoft teams to systems.

If you had deployed Microsoft Teams earlier and uninstalled it, you cannot simply deploy it again using MSI installer. The deployment will fail. This is because if the msi installer finds Teams app installed in the appdata folder, it will simply skip the install process for that user. To get this sorted, you need to uninstall Teams App installed for every user profile. Furthermore you have to delete directory recursively under %localappdata%\Microsoft\Teams. This is a tedious task for any admin. Thankfully there is a Microsoft Teams deployment cleanup script available for download. Using this script you can perform a clean up of teams installation. And if you are thinking of using SCCM to do this, yes you can deploy this script using SCCM. I might cover the steps to deploy the script in upcoming post. 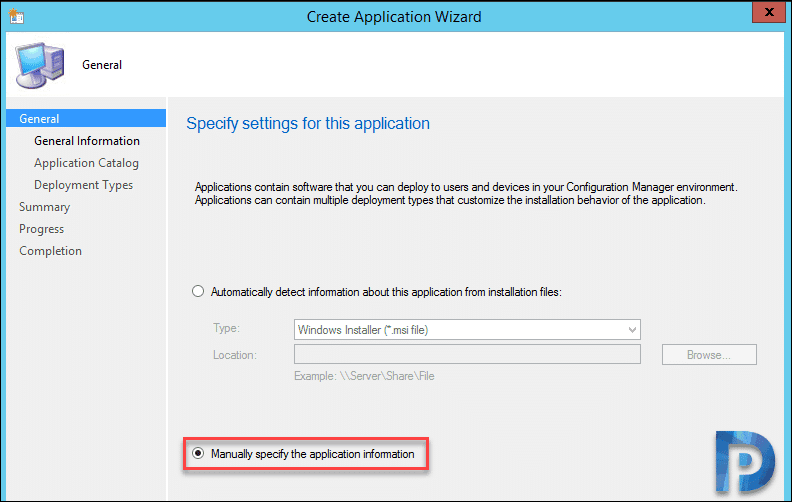 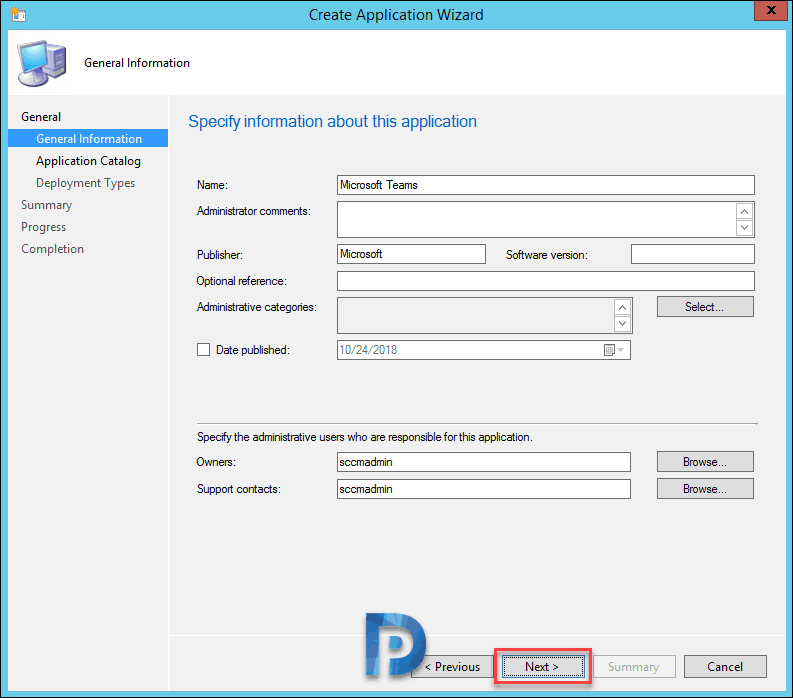 In the next step add a deployment type. Specify the location of 32-bit teams installer first. Click Next. 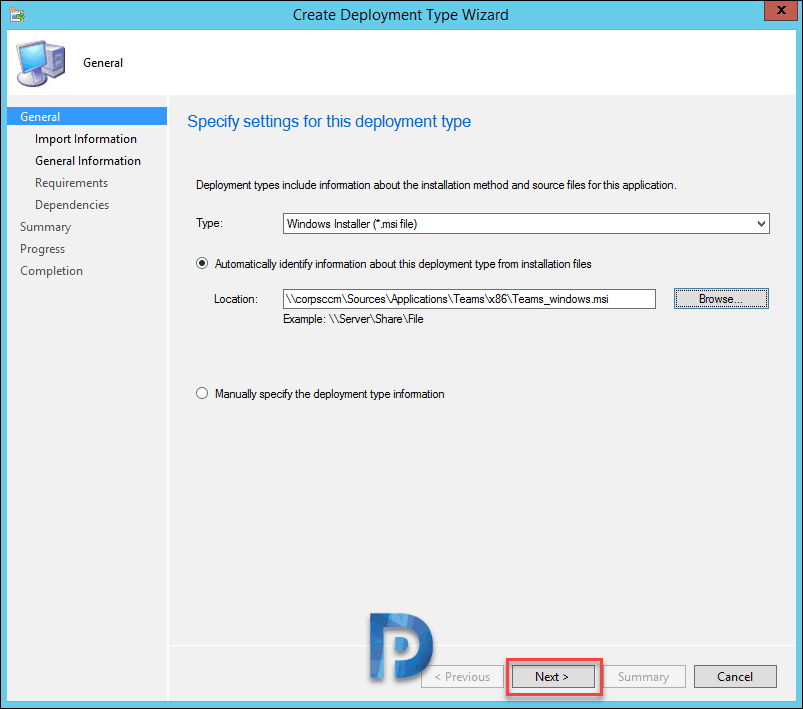 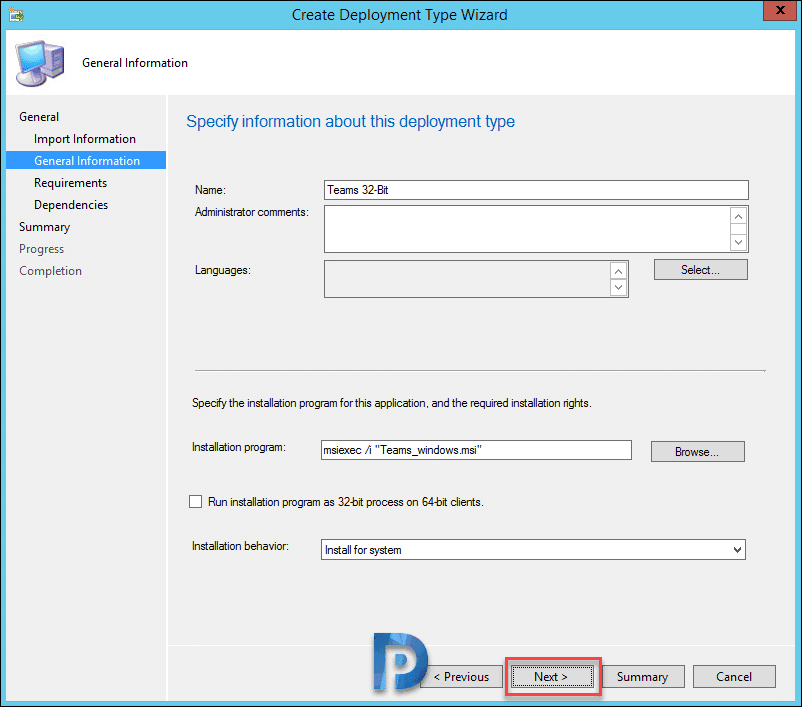 In this step select the requirement type. Since we are packing both 32-bit and 64-bit installers, we want 32-bit teams deployed to 32-bit OS and 64-bit teams to 64 bit OS. Ensure that you select the operating system to be 32-bit OS. Click Next. Complete the remaining steps. 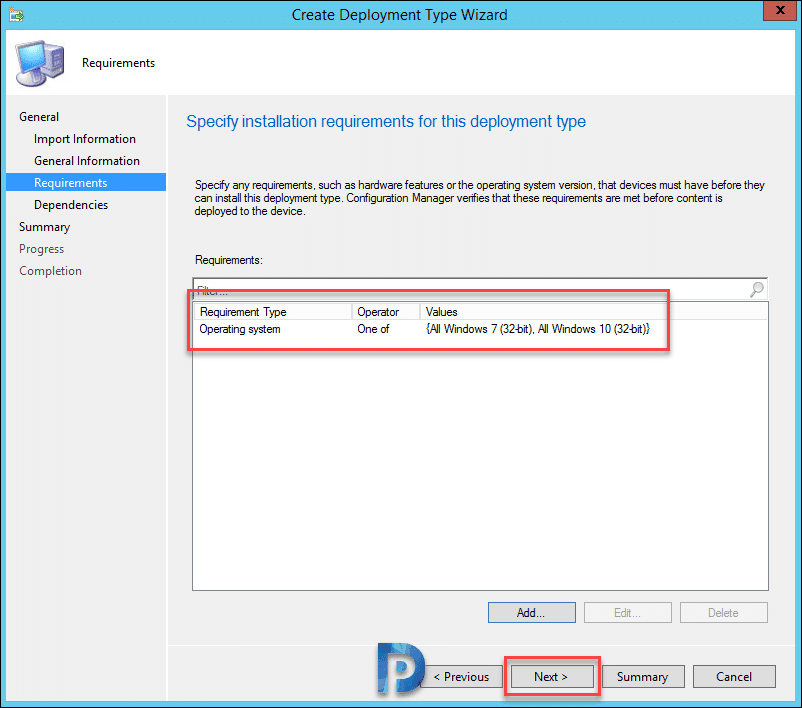 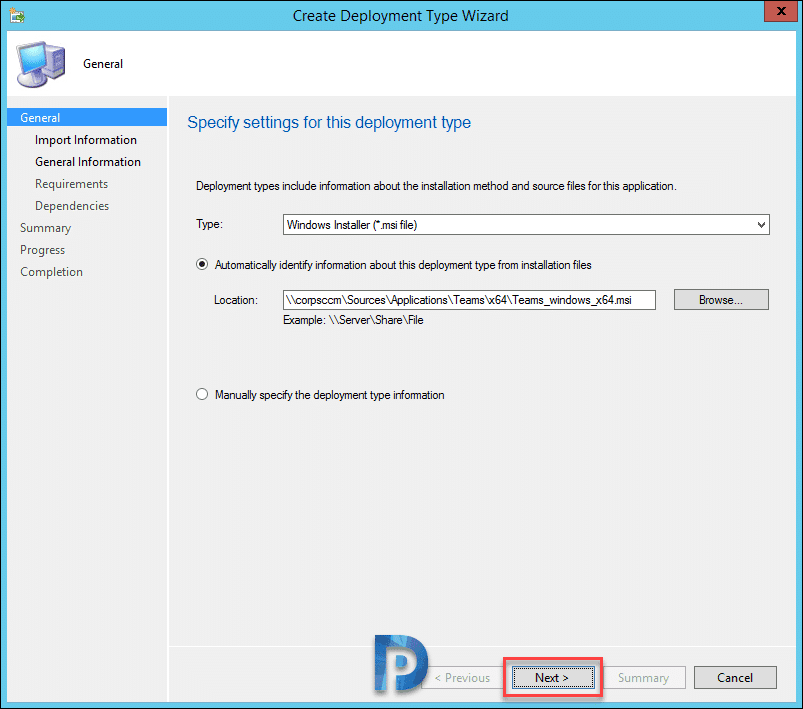 Add some info about this deployment type. Click Next. 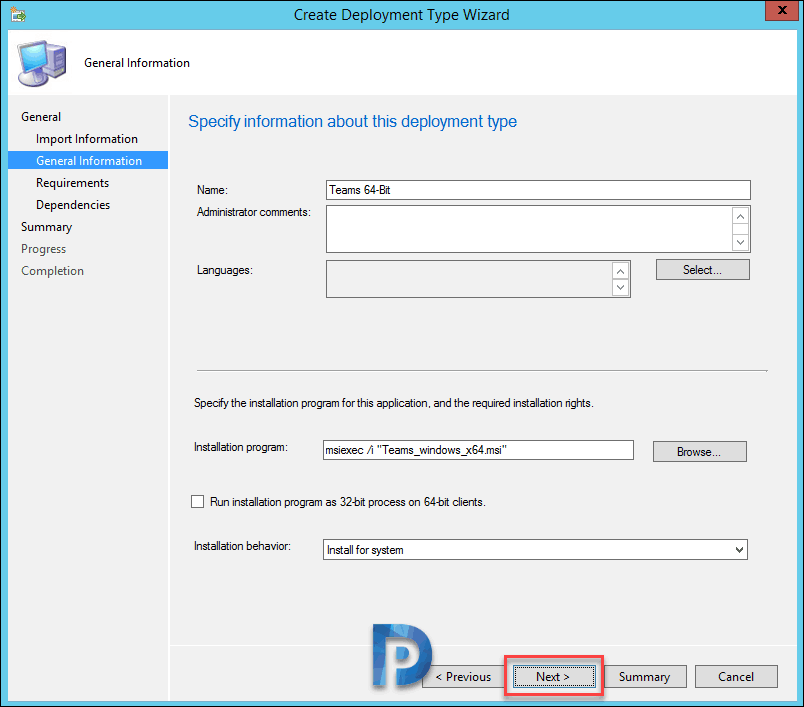 This time ensure you set the requirement type to OS and select 64-Bit OS. 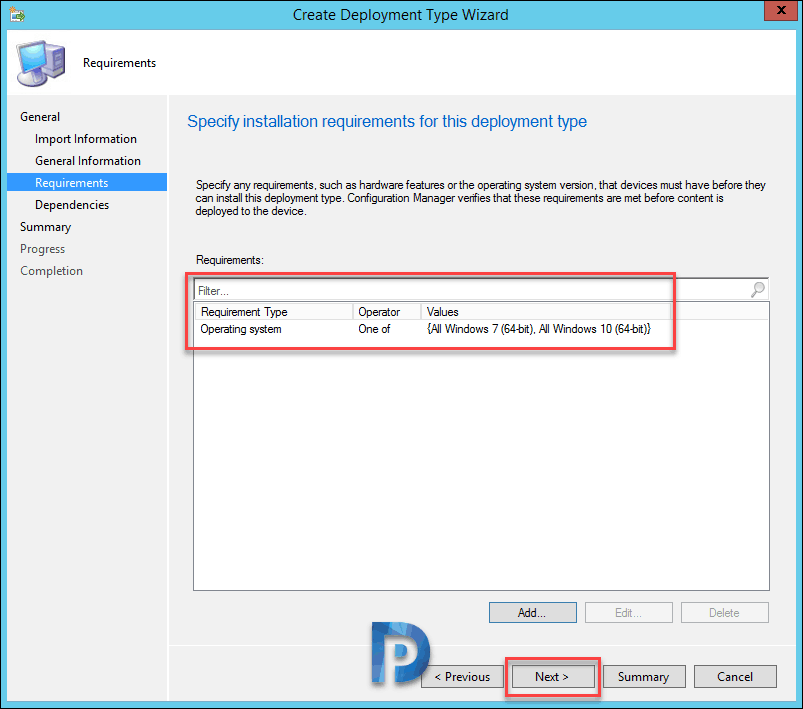 Great !! So we have both 32-bit and 64-bit teams installers packaged. Click Next and complete the remaining steps in the wizard. 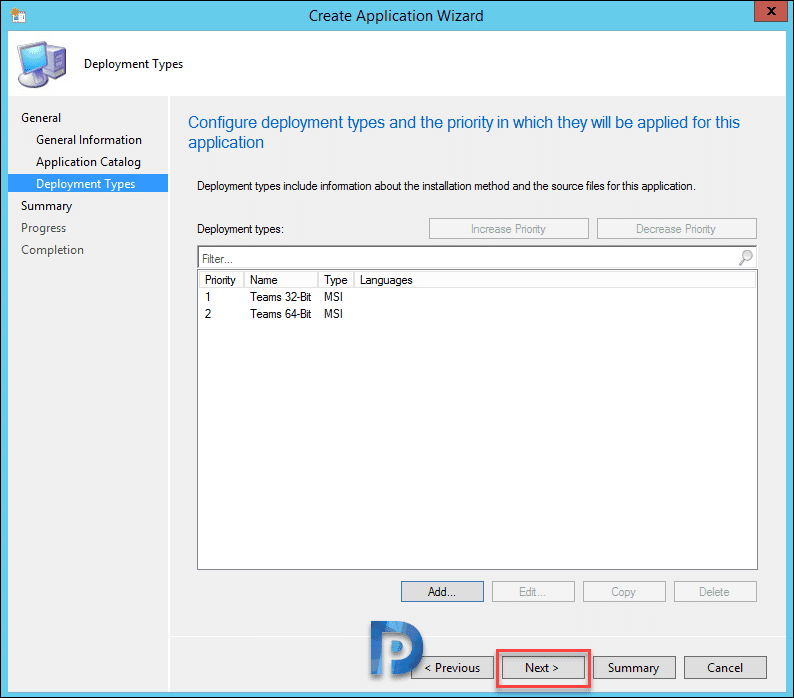 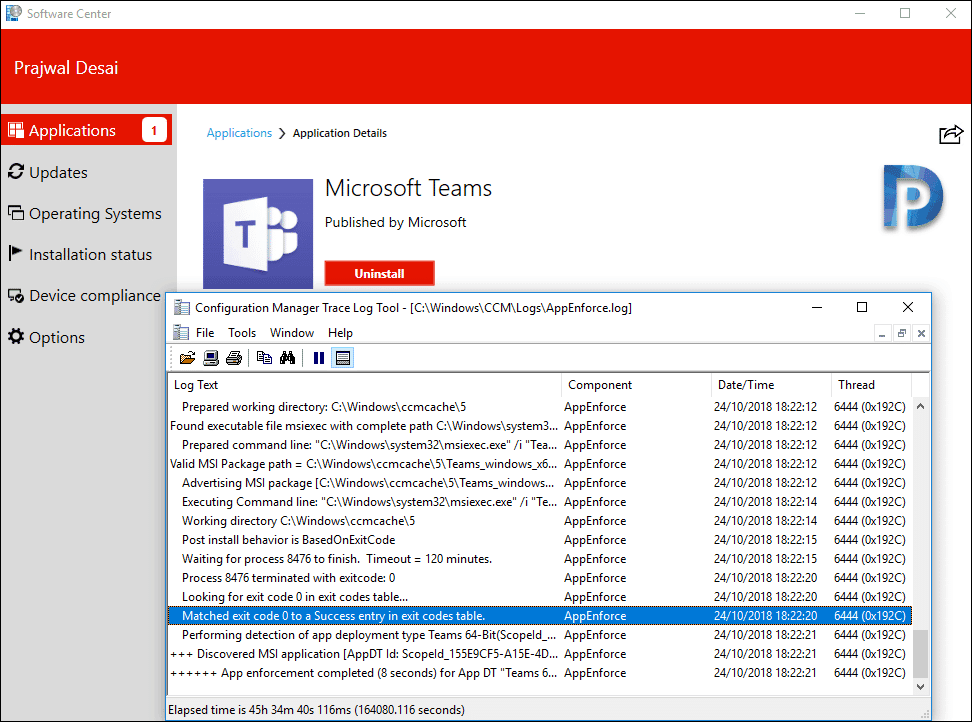 Prajwal Desai is a 8 time Microsoft MVP in Enterprise Mobility. With more than 12 years of content writing experience behind him, it's one of his favorite activities. His goal is to write comprehensive posts and guides, always aiming to help people with essential information.