Bash has been a standard on OS X and many Linux distribution systems, while the default terminal for developers on Windows is Microsoft’s own PowerShell. Since the Windows 10 release, Microsoft was asking its customers on what they would like to see in Windows to make it a great place for you to build awesome apps, sites and services for all platforms and all devices.

Based off many feedback’s Microsoft has made many investments that improve cmd, PowerShell, and many other command-line tools and developer scenarios. Secondly Microsoft decided to grow command line family by adding real, native Bash and with it support for Linux command-line tools which run directly on Windows in an environment that behaves like Linux!.

In our journey to bring free software to the widest possible audience, this is not a moment we could have predicted. Nevertheless, we are delighted to stand behind Ubuntu for Windows, committed to addressing the needs of Windows developers exploring Linux in this amazing new way, and are excited at the possibilities heralded by this unexpected turn of events.” — Mark Shuttleworth, founder of Canonical. 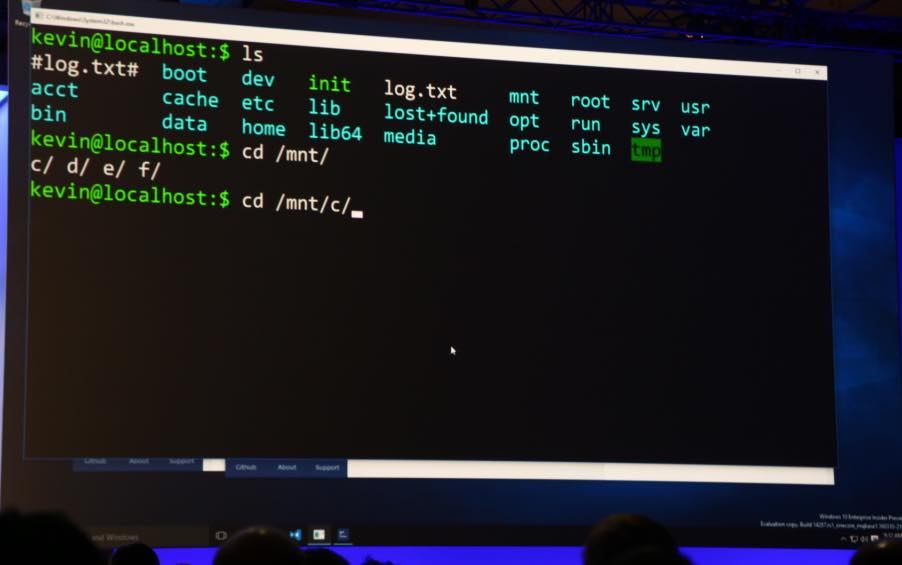 As per Microsoft, you can now run Bash scripts, Linux command-line tools like sed, awk, grep, and you can even try Linux-first tools like Ruby, Git, Python, etc. directly on Windows. You can also access your Windows file system from within Bash allowing you to work on the same set of files using your preferred Windows tools or Linux command-line tools. Bash will arrive as part of the Windows 10 Anniversary Update this summer, but it’ll be available to Windows Insiders before that. Waiting to see what other new things is Microsoft gonna add to Windows 10.