When you are planning to implement DHCP failover, keep these things in mind.

How To Configure DHCP Failover In Windows Server 2012 R2 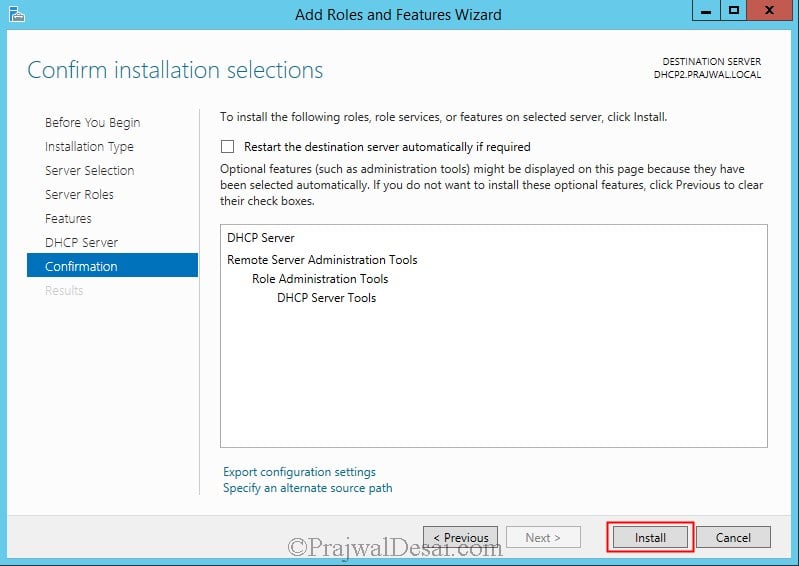 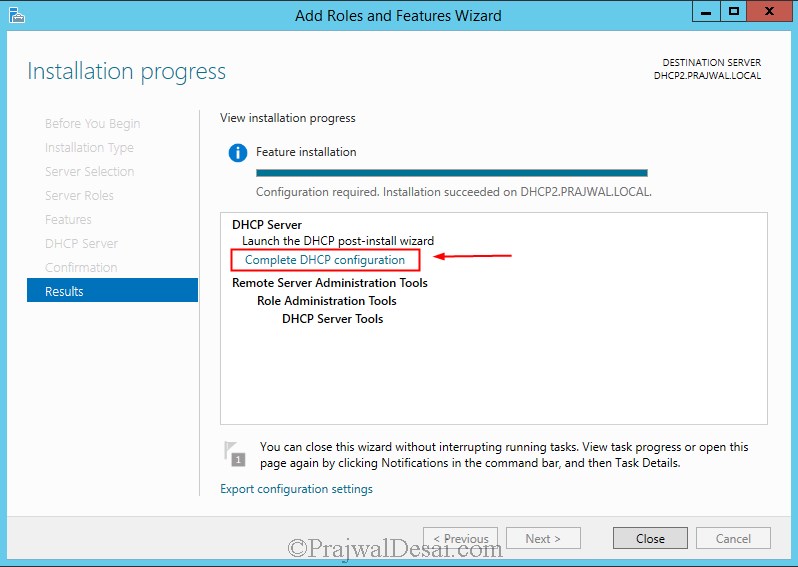 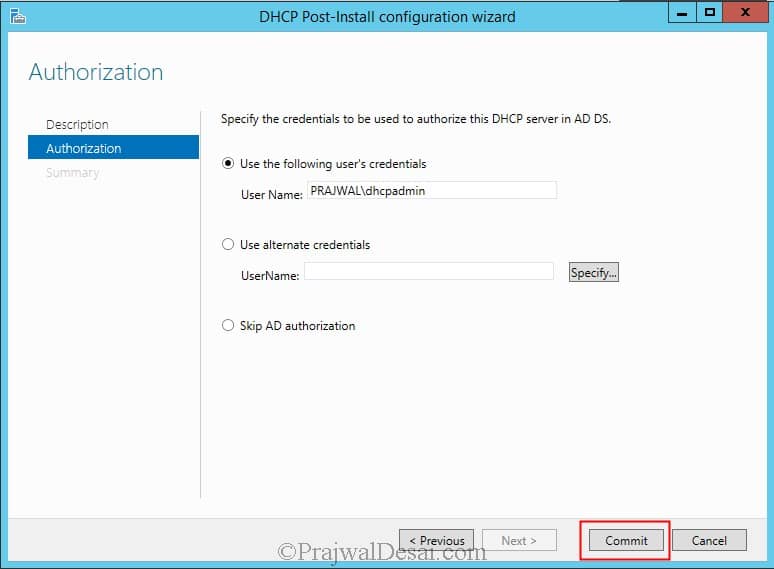 Now on the first DHCP server, launch the DHCP console, right click on IPv4 and click on Configure Failover. 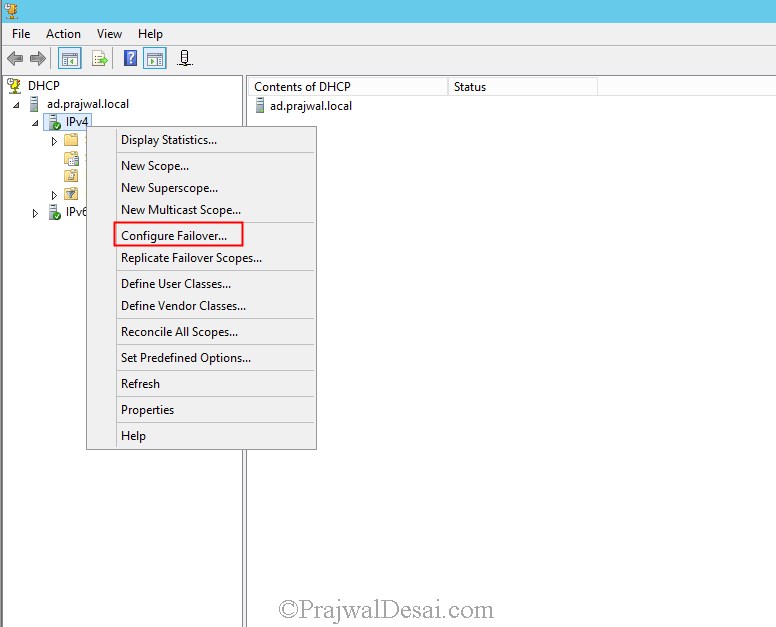 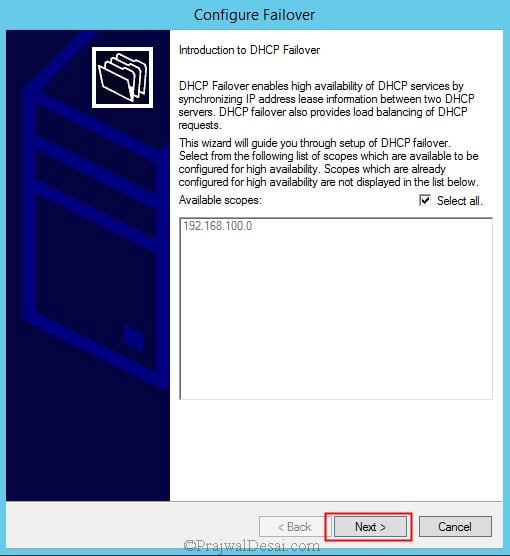 Click on Add Server to add the partner server used for failover. Add the second DHCP server and click Next. 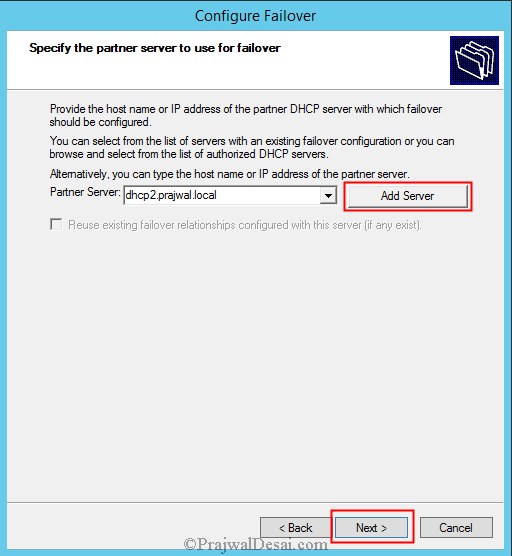 Type the Relationship Name, select the Mode as Load Balance. Click Next.

If you are looking for explanation of each setting, here it is

Relationship Name – A name to identify the failover.

Maximum Client Lead Time – Determines maximum amount of time that one server can extend a DHCP lease for a client beyond the time known by the failover server.

State Switchover Interval – If this setting is enabled the active DHCP server will automatically place its partner into down state when it can’t communicate with it for the specified amount of time.

Enable Message Authentication – This option enables authentication of the failover replication traffic between partners. If you enable this option you must also specify the Shared Secret. 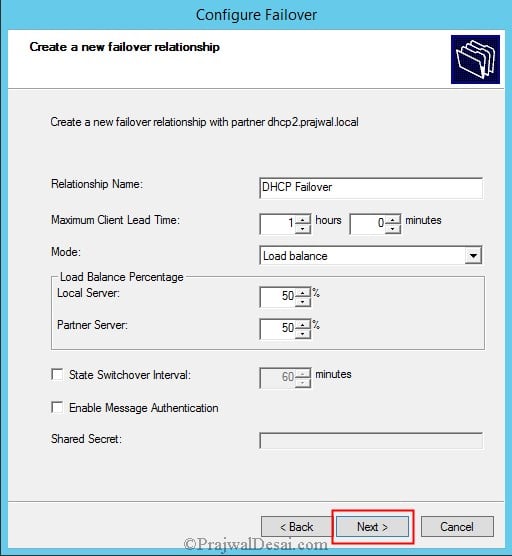 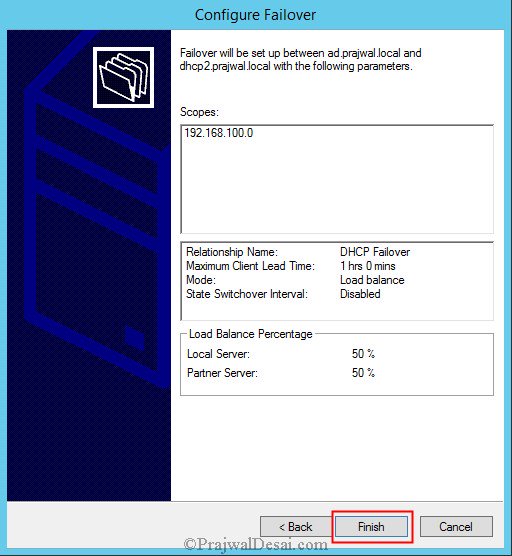 Launch the DHCP console on the second DHCP server and you should see the IPv4 Scope similar to the one seen on primary DHCP server. 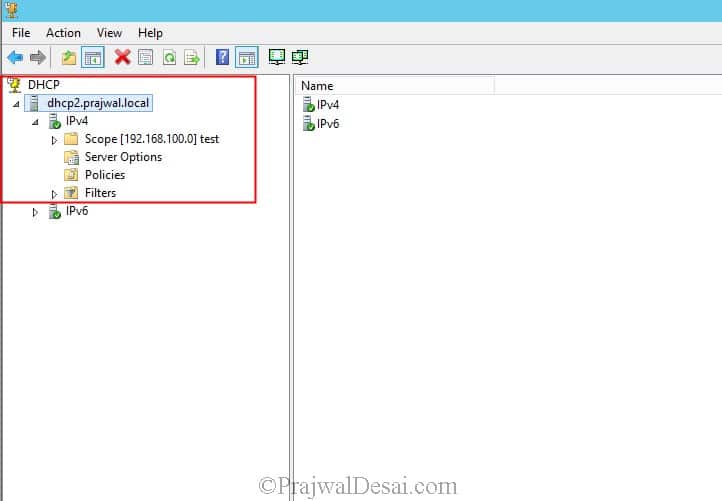 To test the DHCP failover we will log in to one of the client machine. Launch the command prompt and type ipconfig /all, make a note of DHCP server that has provided the IP address. In our case the DHCP server is 192.168.100.1 (AD.PRAJWAL.LOCAL). 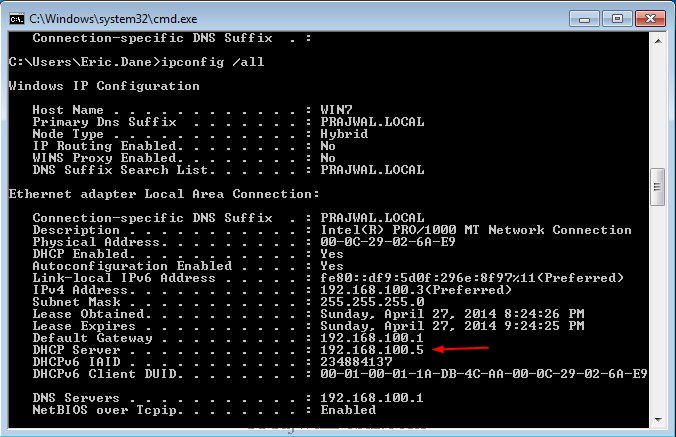