The Configuration Manager Technical Preview 2010 is out. You will find cool new features when you install SCCM technical preview 2010.

Since this is a technical preview build, I will skip the prerequisite check warnings. Click Next.

You must upgrade the console to use the new features. Click OK to begin the Configuration Manager console upgrade. A new version of console 5.2010.1072.1000 will be installed. 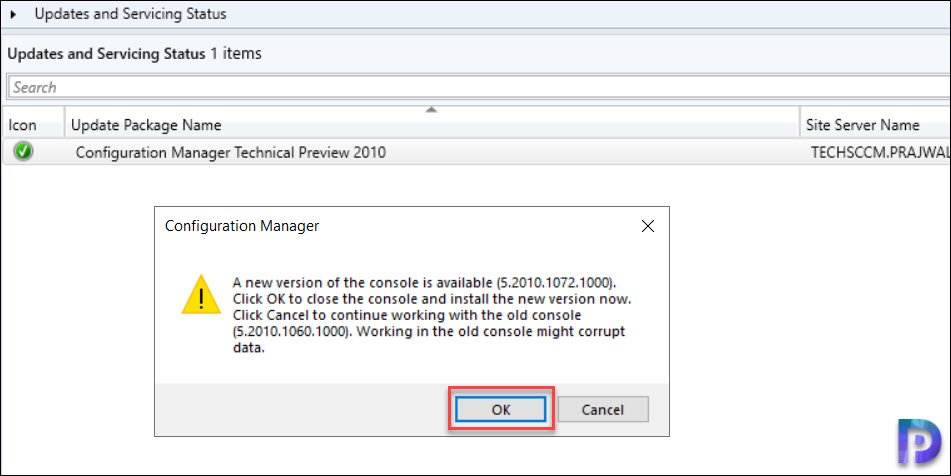 Post the console upgrade, launch the console and check the Configuration Manager version. Ensure it matches the below details.

Before you plan to test any new feature, ensure you update the client agents to new version.

That completes the installation of SCCM technical preview 2010 update. You can now start exploring the new features.