You would probably ask why does anyone needs to change SCCM site name. I know the SCCM site name can be changed using several methods. If you remember with SCCM 2007, you could change site name by editing the Site Control File which is unsupported by Microsoft. One such popular and safe method is using PowerShell to change site name. However that requires a script and you need to need to run the script with certain parameters.

Recently I had to configure my lab setup. So i decided to setup everything from scratch. When i installed SCCM and started to configure it, I noticed that I had provided an incorrect SCCM site name. Well, that shouldn’t be a big issue as my SCCM server was running in a lab setup. But then i wanted to change the SCCM site name or rather correct it. You might also come across a situation where you want to rename your configuration manager site. This post will help you in such situations.

Before you proceed further, let’s understand a bit about configuration manager site database. The Configuration Manager site database is nothing but a SQL Server database. The database contains data about your Configuration Manager infrastructure and objects, the client systems, and other resources. In this post the method used to change SCCM site name involves modifying the database. In addition, I want to tell you that the site database is critical to the functioning of your site. Whatever modification you want to do, remember to test all modifications in a separate setup before applying them to your production environment. Furthermore backup your SCCM site database before you proceed.

Some sites actually point you to change a registry key to change site name. The registry key they suggest is located here – HKLM\Software\Microsoft\SMS\Identification. The name of the key is Site Name. If you edit this key and enter a custom site name, it changes back to default name again. 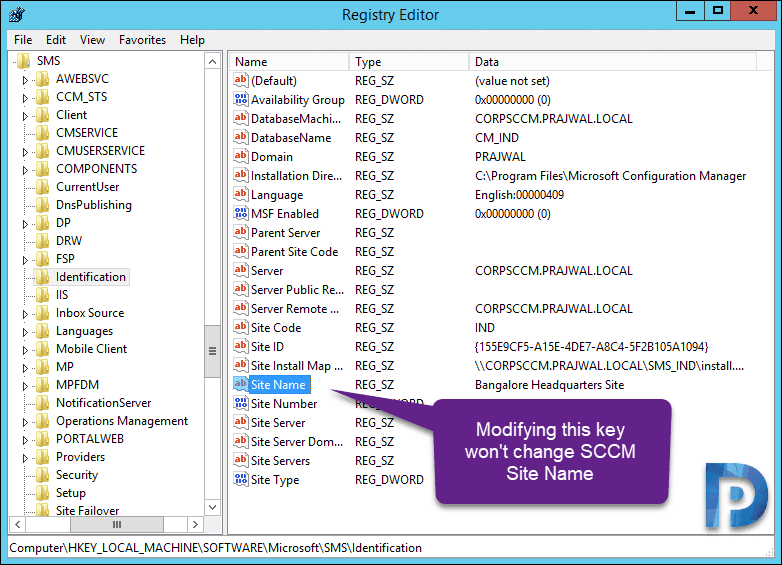 To change SCCM site name, you can follow the below steps. In my testing, I did not see any issues after changing SCCM site name. However as I suggested above, if you really want to do this, test this first on a test setup. If you notice any errors or warnings after you perform below steps, please let me know in the comments section.

As a first step, open SQL server management studio. Click Connect and that should show the SQL server. Expand Databases and then expand site database. 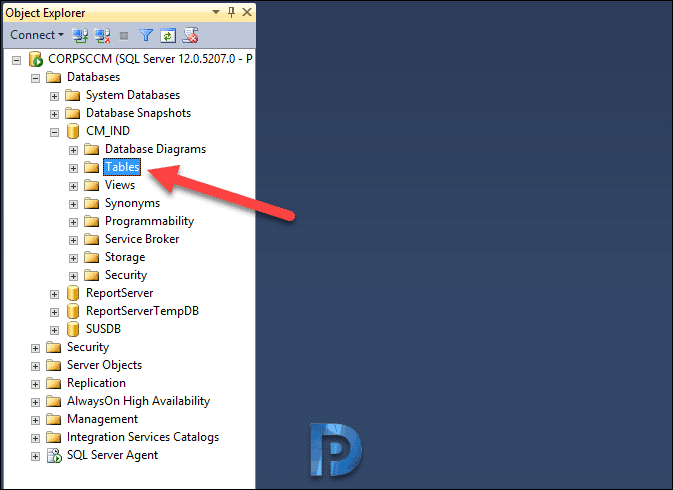 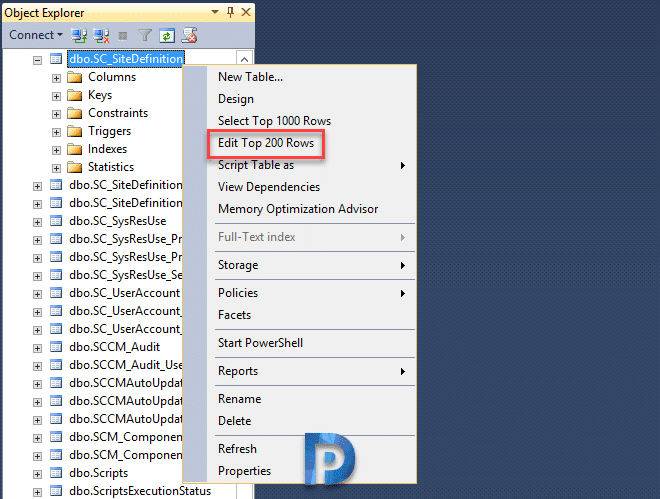 On the right pane, look for column called SiteName. The name displayed under SiteName is your current site name.

You can edit the current site name and specify a new site name.

In the next step we will verify the site name change. There is no restart required after making the above changes. Close the SCCM console and reopen the console. Navigate to Administration > Overview > Site Configuration > Sites. Select the server, right click and click Properties. You will notice the site name has been changed now. 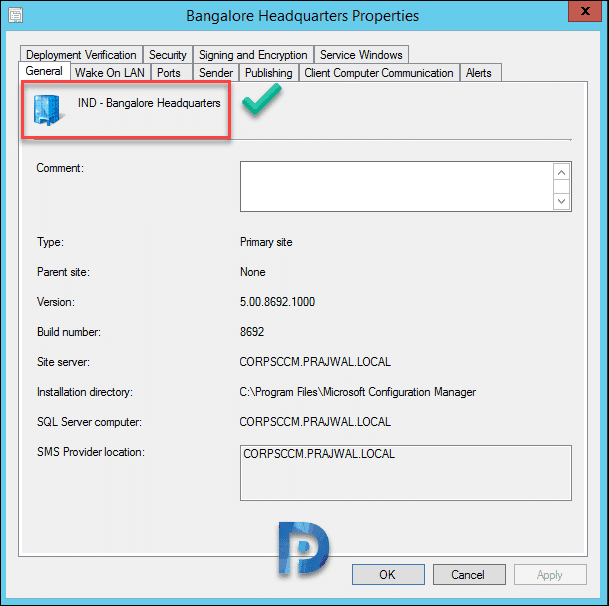