The SCCM technical preview 1908.2 is released. The previous version was Configuration Manager tech preview 1908 and version 1908.2 update and comes with some improvements and features.

The version 1908.2 is a second technical preview update for this month and it is not a big update. It includes much of improvements rather than new features.

In this post I will cover the improvements and new features that are baked in this update. To know the technical preview build numbers or version numbers click here.

The technical preview builds are intended for lab use only. For ConfigMgr Technical preview requirements and limitations, read this updated article from Microsoft. To know about the 1908.2 release, click here.

Here are the list of improvements and new features included with SCCM technical preview 1908.2 release. You never know you may see them in SCCM 1910 current branch release soon.

The distribution point and Configuration Manager client use the following network ports:

Make sure your network infrastructure allows the use of these ports.

You can see now improvements done to SCCM console connections.

Optimizations to the CMPivot engine

The TP 1908.2 release include significant optimizations to the CMPivot engine that allows to push more of the processing to the ConfigMgr client. The optimizations drastically reduce the network and server CPU load needed to run CMPivot queries. With these optimizations, we can now sift through gigabytes of client data in real time.

Since I am installing this build in my lab setup, I will ignore all prerequisite warnings. Click Next. 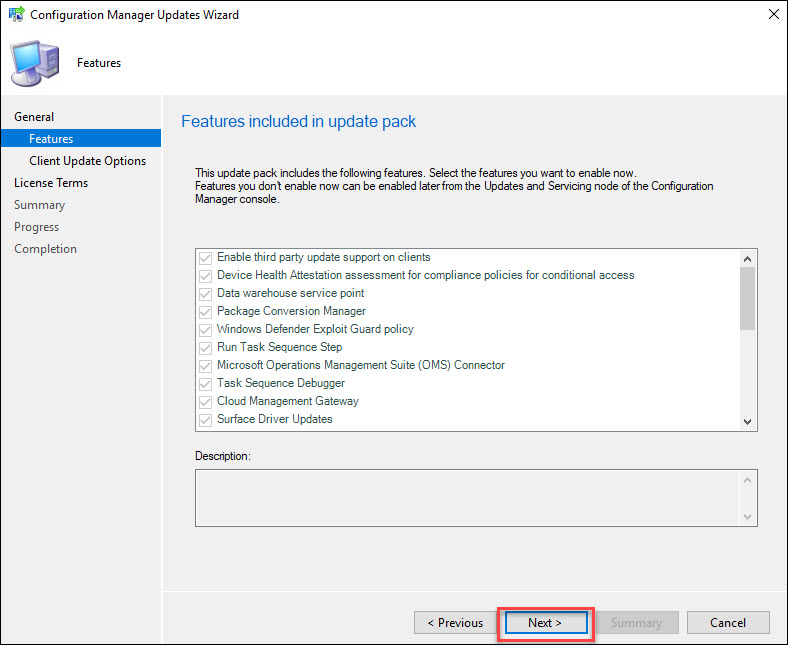 For Client Update options, I am going to select upgrade without validating. Click Next. 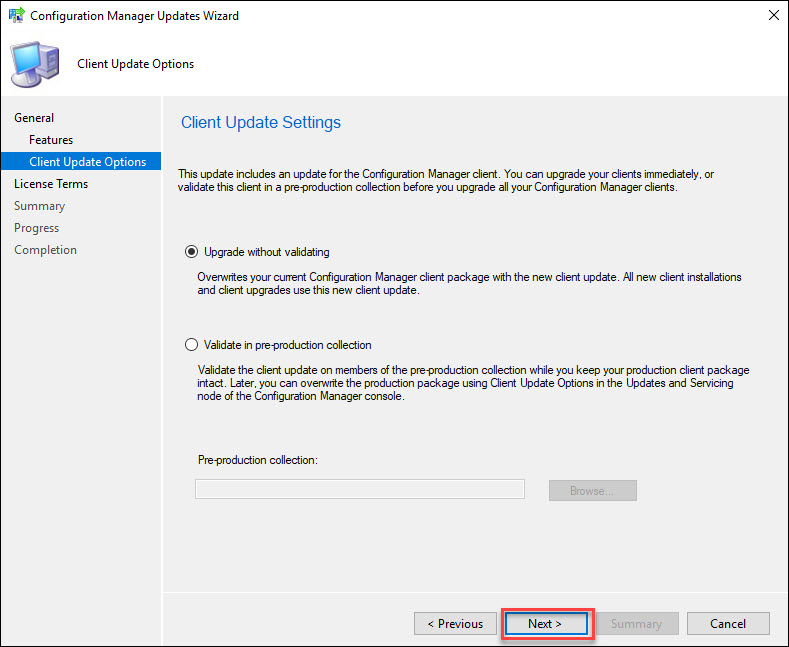