One of the IT guy reported that OSD stopped working in a remote site. The DP in this remote site was up and running. When they PXE booted the clients, they saw the PXE-E53: No boot filename received.

In the past we already dealt with issues related to No boot filename received. Not one but there could be many reasons to why you see that error. The IT guy mentioned that he had already performed the below steps. Seems like he did the best he could.

Even after performing above steps, the issue still persisted. I don’t think those steps were required to be done without analyzing some log files. So when i asked the IT guy to send over the log files, the errors were found after i analyzed them. These errors helped me to troubleshoot the issue and find a fix.

SCCM Troubleshooting always begins by analyzing log files. If you observe carefully, the lines from smsdpusage.log file will give some info about this issue. Failed to create certificate store from encoded certificate. The specified network password is not correct. Failed to initialize DP usage object. 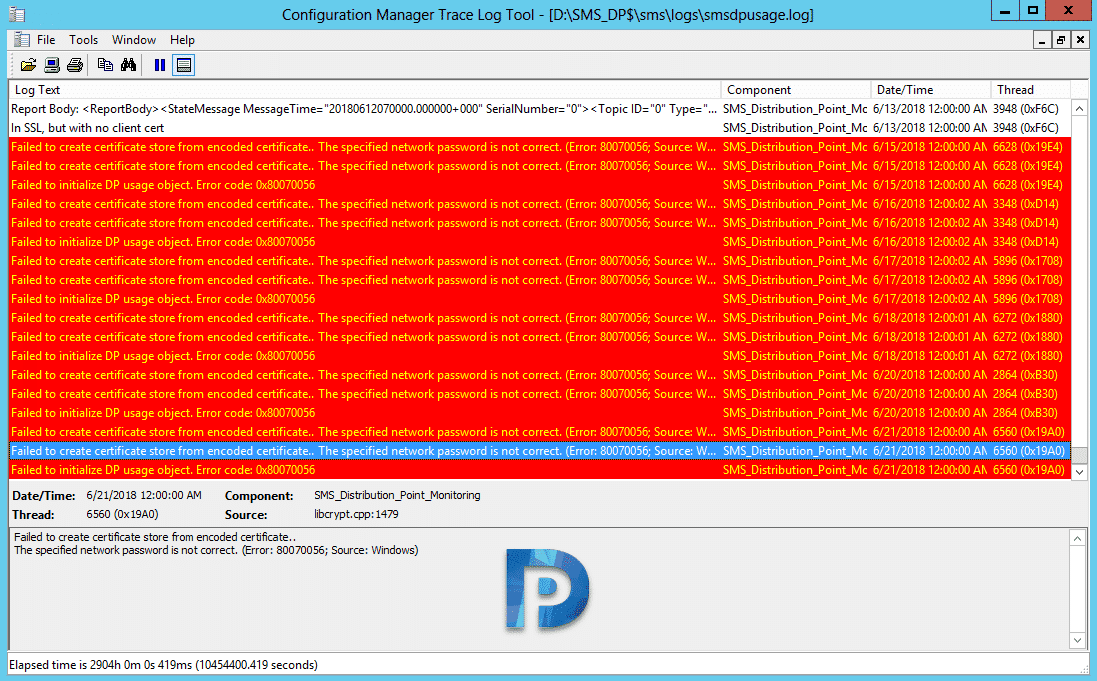