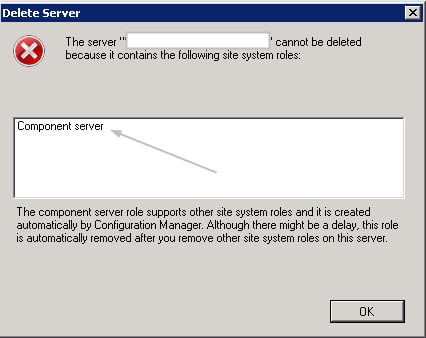 So how do we resolve this ?. Here are few steps that I would like to suggest.

1) Make sure all the roles apart from Component Server and Site System are removed. You can check this by right clicking the server and checking its Properties.

2) Stop and restart the SMS_SITE_COMPONENT_MANAGER service. Wait for few minutes.

3) Refresh the console and the Component server role should now have disappeared. You should now be able to delete the server that holds the DP role.

If the above steps has not helped you resolve the issue, then feel free to post this issue in community forums by clicking the below button.